Turner Classic Movies ("TCM") will devote the month of June to an extensive, in-depth look at how Asians are depicted on film with Race and Hollywood: Asian Images In Film. The festival comes on the heels of TCM's highly successful 2006 look at African-American images in film and its 2007 examination of gay images in film. 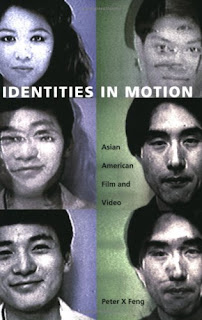 "We have had an extremely positive response to our previous month-long festivals on African-American and gay images," said Charles Tabesh, senior vice president of programming for TCM. "No other network has the collection of films and the abundance of behind-the-scenes material and footage that TCM has. We are very proud to be using the resources of the TCM library to look in-depth at how Hollywood has depicted Asian characters throughout the past century. And we are particularly thrilled to have Dr. Feng join Robert Osborne in guiding us through this fascinating topic."

TCM's Race and Hollywood: Asian Images In Film festival will take place Tuesday and Thursday nights in June, beginning at 5:00PM (PT). Each night's collection of films will be centered on a particular theme, such as a look at the career of Anna May Wong, the legendary actress whose roles during the 1930s and 1940s ranged from victims to temptresses; a collection of detective films, including the long-running Charlie Chan series; an exploration of how movies have depicted interracial and intercultural relationships; an examination of Asian depictions in films made during and after World War II; and a look at contemporary Asians stars, such as Ming Wen and Jackie Chan. The festival will also feature discussions about the Hollywood practice of casting non-Asian actors and actresses in Asian roles.

The following is a complete schedule of TCM's Race and Hollywood: Asian Images In Film. I'm listing the Pacific Standard times for easy Bay Area reference; but Eastern times are easily obtained from TCM's official website and by clicking on each film title. Dr. Feng's comments on each evening's themes follow the program headings. 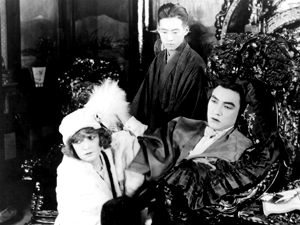 Tuesday, June 3—Silent Films ("These early films all express a fascination with Asia, even as they suggest that 'East is East and West is West'.")

4:00PM—The Slanted Screen (2006). From silent film star Sessue Hayakawa to Harold & Kumar Go to Whitecastle, The Slanted Screen explores portrayals of Asian men in American media, chronicling the experiences of actors who have had to struggle against ethnic stereotyping and limited roles.

5:00PM—The Cheat (1915) followed by Filipinos Retreat From Trenches (1899). The Cheat stars the first Asian American actor, Sessue Hayakawa, also known as "The First Rudolph Valentino," in what would become Cecil B. DeMille's break out film. Filipinos Retreat from Trenches is less than one minute long and—for most Americans—was their first look at Filipinos, who were portrayed by African-Americans on a set in New Jersey.

6:45PM—Broken Blossoms (1919). This is the first film in TCM's festival to feature white actors in "yellowface."

8:00PM—The Dragon Painter (1919). This is one of the first films produced by an Asian American production company.

4:00PM—Frosted Yellow Willows (2008). This is the documentary that I caught Charlie Tabesh scouting for earlier this year at San Francisco's International Asian American Film Festival.

5:00PM—The Toll of the Sea (1922). This film was Anna May Wong's debut film, at 18 years of age. She went on to become the most famous Asian American actress of her era.

6:00PM—Old San Francisco (1927). This is the first film in TCM's festival where the concept of "passing" is introduced. The storyline follows an Asian character, portrayed by the Swedish actor Warner Oland in "yellowface", passing as a white character until his true identity unravels.

7:45PM—Piccadilly (1929). This film stars Anna May Wong, who went to Europe for more complex roles, including this British Burlesque silent movie where she plays an exotic dancer.

8:45PM—Daughter of the Dragon (1931). This is the film in which Anna May Wong realized the impact of her roles and never played another villain again. TCM premiere.

11:00PM—Shanghai Express (1932). This film cast Anna May Wong opposite Marlene Dietrich, with both playing prostitutes. While a huge opportunity for Wong, her character is eventually raped by a customer that Dietrich's white character refuses. 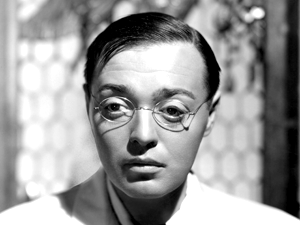 Tuesday, June 10—Asian Crime Fighters & Detectives ("This night explores the idea of 'what is the difference between criminal and cop.' ")

5:00PM—Charlie Chan at the Circus (1936). This film stars Warner Oland, a Swedish actor in "yellowface". The series was important because it was the first time an Asian character, albeit in "yellowface", was the smartest man in the room. Oland played Chan 16 times before he passed away. TCM premiere.

7:45PM—The Scarlet Clue (1945). This film is another Charlie Chan movie, but Sidney Toler—who now owned the rights to the character—added an African-American sidekick named Birmingham Brown, played by Mantan Moreland.

9:00PM—Thank You, Mr. Moto (1937). This film shows the first Asian hero character who was allowed to be devious. This is the second of eight Mr. Moto films starring the German actor Peter Lorre in "yellowface". TCM premiere. 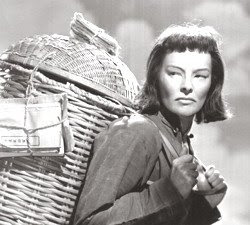 Thursday, June 12—Pearl S. Buck ("More than any other author in the 1930s and 1940s, Buck was responsible for shaping American perceptions of China.")

5:00PM—The Good Earth (1937). This film shows a less controversial portrayal of Asians as a result of the studio working closely with the Chinese Government to modify the book's characterizations.

10:00PM—China Sky (1945). This film is a love triangle that also plays out as a racial triangle. Anthony Quinn (in "yellowface") stars opposite Richard Loo (a Chinese American playing a Japanese American) who stars opposite Philip Ahn (the first Korean American actor, playing the first-ever Korean character in a Hollywood film).

11:30AM—First Yank Into Tokyo (1945). This film tells the story of a white character who gets plastic surgery to look Japanese (played in "yellowface"), who ultimately cannot "pass" because his American traits are too innate. 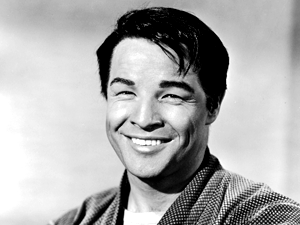 Tuesday, June 17—The Legacy of World War II ("This night explores the questions: What was the War like for Japanese Americans? And how did depictions of Japan change after the U.S. occupation?")

5:00PM—Go for Broke! (1951). This film is the real story of the 442nd Japanese American regiment, a segregated unit that fought for the U.S. in WWII. What is not shown in this film is that the 442nd actually liberated those in the Dachau concentration camp, while many of the Japanese American soldiers had families of their own in camps back in the states.

6:45PM—Bad Day at Black Rock (1955). This film is a mystery film in which the storyline has everything to do with Asians, but without a single Asian or "yellowface" in it.

8:15PM—The Teahouse of the August Moon (1956). This film starred three different actors in "yellowface" in its various forms—Marlon Brando in the motion picture, David Wayne on Broadway and Burgess Meredith in the touring company.

10:30PM—Walk Like a Dragon (1960). This film was written and directed by James Clavell, formerly a British POW of the Japanese during WWII, with all Asian roles portrayed by Asian actors. 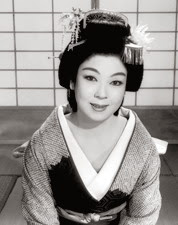 Thursday, June 19—Interracial & Intercultural Romance ("Love stories show idealized men and women, so these stories show us how Asians are supposed to act if they wish to become real Americans.")

5:00PM—Bridge to the Sun (1961). This film is a true story about a woman deciding between her Asian husband and her American homeland. It was James Shigeta's favorite film he ever made.

7:00PM—China Doll (1958). This film uses Asian culture to put American women "back in their place" at a time when it was common to "gold dig" by marrying men before they went off to war, to become their beneficiaries.

9:00PM—Sayonara (1957). This film stars Marlon Brando (though not in "yellowface"). He changed the ending to become more positive to show racial equality and acceptance. 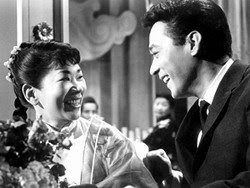 Tuesday, June 24—Race Consciousness and the Civil Rights Era ("In times of conflict, we are forced to confront our submerged attitudes about race and our country.")

5:00PM—The Crimson Kimono (1959). This film tells the story of a white woman and an Asian man, set just after a time in the U.S. when a white woman who married an Asian lost her citizenship.

6:30PM—The Mountain Road (1960). This film is Lisa Lu's debut performance and the first film that shows an Asian woman pulling away from an American man because of their cultural differences. The man learned much of her culture but still felt the need to destroy it.

8:30PM—Flower Drum Song (1961). This musical is the first all-Asian cast, with the exception of an African-American playing yellowface in a non-lead role.

11:00PM—Enter the Dragon (1973). This martial arts feature turned Bruce Lee into an action movie icon. Despite being his last film, it launched the Bruce Lee phenomenon, especially for American audiences. It also marked a shift from dance choreography to fight choreography in films with the successful introduction of a fully martial arts-themed movie.

5:00PM—Rush Hour 2 (2001). This film stars Jackie Chan, who tried for 18 years to break into Hollywood, appearing in such films as Cannonball Run and The Big Brawl. It was not until Rumble in the Bronx was translated into English in 1995 that he became a success in the United States. TCM premiere.

7:00PM—The Joy Luck Club (1993). This film is cast with Asian actors in all the Asian roles. Amy Tan and Ronald Bass collaborated to keep each of the book's 16 stories in the film; eventually, three were cut. TCM premiere.

9:30PM—The Killing Fields (1984). This film is the true story of the last days of the Vietnam War and is the first film from a Vietnamese/Cambodian point of view.

12:00AM—Mr. Baseball (1992). This film was based on Leron Lee, who played for the Lotte Orions in Japan from 1977 to 1987. Lee was the first foreign player to marry a Japanese woman. He also holds the highest Japanese and American lifetime batting average in Japanese history. TCM premiere.

05/23/08 UPDATE: I'm pleased to announce that TCM has added Jeff Adachi's documentary The Slanted Screen to their June 3, 2008 line-up. I had noticed its conspicuous absence so I'm pleased they've followed through and remedied same. Some of you might recall that The Slanted Screen was one of my favorite entries at the 2006 San Francisco International Asian American Film Festival. I wrote about it here and here, transcribed the panel discussion following the film, and interviewed Adachi.
Posted by Michael Guillen at 5/17/2008 03:15:00 PM

So many on this list I am dying to see--Bitter Tea, all the Anna May Wong. Many rarities. World of Suzy Wong is rarely shown these days but I am dying to see it again, for the way Kwan's performance transcends the character (and the incredible beauty of Hong Kong).

TCM is such an incredible channel, long may it reign!

Michael: That description of The Crimson Kimono is way off. I've seen the film a couple of times. As briefly as possible - Two cops, one caucasian, the other Japanese-American, investigate a murder in L.A.'s Japantown. A beautiful female artist comes between the two friends.

Campaspe, I'm with you on TCM. I learn so much from them.

Are we talking about the same film? The Crimson Kimono by Samuel Fuller? That is the film I understood TCM to be showing.

That's the one I'm talking about. Is that the one you're talking about? Heh. It's been a while since I've seen the film--it played at one of our Noir City festivals--but I recall Shigeta and Shaw leaving Corbett out to dry. Again, that's just one aspect of a film rich with aspects and--especially with a film so rich in aspects--one that can be read many different ways.

love is a many splendored thing,shown 1955,the army sent me to Tokoyo in 55,purchased pocket book the night before leaving for reading in Japan,a few days before Thanksgiving 1956,got discharged in Yokohama,still did not read book,traveled to Hong Kong,and saw movie there.same sights like in film cause me to take date for walks,that is my wife today.