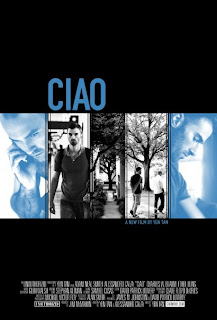 "Every parting is a meeting elsewhere."—Ursula LeGuin

Whether journeys are internal or external, whether the geographies traversed are the landscapes of different countries or the inscapes of grief, the mystery of desire is such that—whether inspired by lack or affinity—desire counsels, as did Rilke in the face of ruin: "You must change your life." This is not only desire's counsel; but, ultimately, death's as well. 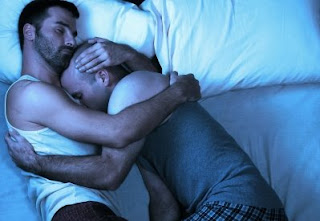 Beautifully subdued, astutely nuanced, handsomely cast, Yen Tan's accomplished Ciao (site) tells the intersecting story of three men: Mark (who is killed in an automobile accident even before the film's narrative commences; his presence rendered evocatively through absence and memory); Jeff (Mark's longtime Dallas friend); and Andrea (Mark's Italian online dalliance). Jeff and Andrea, though strangers to each other, become brothers in grief over the course of a weekend visit and perhaps—the film suggests—they could become even more. Some say Death is the middle of a long life and Ciao's exploratory and open-ended character-driven narrative seems to promise just that. 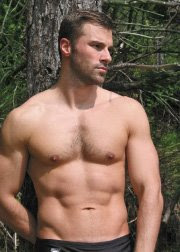 What makes this film lovely is also its clearly collaborative spirit and texture. Adam Neal Smith, as Jeff, sustains a guarded vulnerability that is quite lovely to watch. Directed and co-written by Malaysian-born filmmaker Yen Tan, Ciao is co-written by one of its leading men Alessandro Calza (whose smoldering good looks and pronounced talent as graphic designer will—I predict—guarantee him a huge San Francisco fanbase). The atmospheric lensing by Michael Roy, in intimate partnership with the production design by Clare Floyd Devries, are leanly and deferentially enhanced by Stephan Altman's score, and consummately edited by a favorite around these parts—David Patrick Lowery—one of the film's co-producers. Thank you, David, for alerting me to this tone-poem of a film. The essence of the film's title implies its momentum—both hello and goodbye—heartfelt in one fell swoop.

A slideshow of black and white production stills entitled Bianco y Nero can be found on Facebook. And along with the YouTube interview with Yen Tan and Alessandro Calza offered below, Jerome Weeks interviews Tan for Art&Seek and Arnold Wayne Jones touches base with Calza for Dallas Voice.