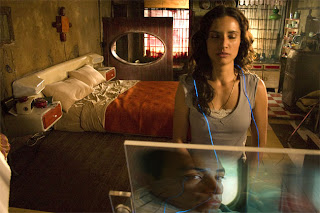 It then moved on to win two major awards at the 2008 Sundance Film Festival. Rivera and David Riker won the Waldo Salt Screenwriting Award for outstanding achievement for their screenplay and Sleep Dealer was also the recipient of this year's Alfred P. Sloan Prize. The Prize, which carries a $20,000 cash award to the filmmaker provided by the Alfred P. Sloan Foundation, is presented to an outstanding feature film focusing on science or technology as a theme, or depicting a scientist, engineer or mathematician as a major character. 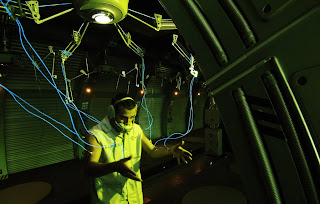 Sleep Dealer was selected "for its visionary and humane tale of a young man grappling with a technological future in which neural implants, telerobotics and ubiquitous computing serve a global economy rife with fundamental challenges and opportunities, and for its powerful and original storytelling and direction."

The critical response has been qualified but almost without exception Rivera has been praised for his ambition and ingenious maximization of a meager budget to achieve his vision. What strikes me as the true challenge with this film is whether audiences spoonfed multi-million dollar special effects will be willing to shift suspension of disbelief or be able to overcome their addiction to blockbuster visuals to accommodate Sleep Dealer's unique angle on the near-future? Certainly the ideas are noteworthy enough and the film features a solid doe-eyed performance from one of Mexico's rising stars. Luis Fernando Peña—the lead actor of Sleep Dealer—is likewise starring in Desierto Adentro, Rodrigo Plá's critically-acclaimed follow-up to La Zona (featured in this year's festival lineup). 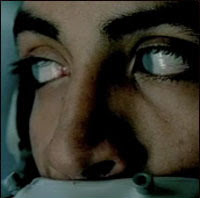 With two screenings left at SFIFF51 (Sunday, May 4, 9:15PM and Wednesday, May 7, 6:15PM, both at the Sundance Kabuki) and with Rivera arriving in the Bay Area to accompany his film, I encourage debate on whether audiences can be expected to shift their expectations of what a sci fi film should be to recognize the promise in Rivera's flawed yet impressive debut feature.

PlumTV's video interviews with Rivera, actress Leonor Varela and co-actor Jacob Vargas, include some clips from the film. Hollywood.com's interview with Rivera is up on YouTube.

05/05/08 UPDATE: Via The Hollywood Reporter, Maya Entertainment has picked up the U.S. Rights for Sleep Dealer.