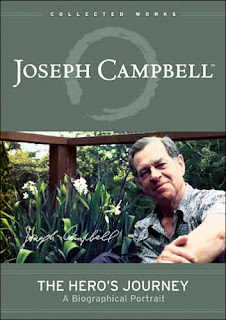 "Life is not a problem to be solved but a mystery to be lived."

"When people say they're looking for the meaning of life, what they're really looking for is a deep experience of it."—Joseph Campbell

In the active years of his retirement, mythologist Joseph Campbell became a popular seminarian, teaching at various venues across the country. In the Bay Area he had two surrogate daughters, Lynne Kaufman—program coordinator for U.C. Berkeley Extension—and Barbara McClintock—initially the program coordinator for the Dominican College Reminding Series, then San Francisco's C.G. Jung Institute and, later, the Pacifica Graduate Institute. In my early 20s, Barbara took me under wing as one of her protégés and provided me multiple opportunities to study with Joseph Campbell whenever he taught in the Bay Area. Campbell's was, in fact, the first seminar I ever attended and his influence upon my life—as upon so many others—has been indelible. 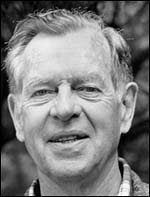 When Joe passed away at 83 on October 30, 1987, I remember sitting on the steps at the C.G. Jung Institute suffering the loss, not only for myself, but for all those who would never have the chance to experience his visceral gift for storytelling, what filmmaker George Lucas later described as a "life force" that poured out of him when he taught others. It was not just the ancient stories themselves that proved magical but Joe's unique manner of inflecting them with contemporary resonance and the mystagogical way he had of inspiring others to actively seek out their own spiritual adventures. Little did I know at that time that Joe suffered no fools and had been permitting prescient filmmakers to memorialize his lectures and interviews. Chief among them was Stuart Brown who had fallen in love—not specifically with Campbell himself—but with what happened to others when they saw and heard Campbell. Aware that Campbell was in failing health, Brown organized a production crew to follow Joe on his last major lecture tour, which included appearances at San Francisco's Palace of Fine Arts and the California Historical Society; events which I feel blessed to have attended. Despite the presence of cameras and cables, I didn't realize what was being endeavored. 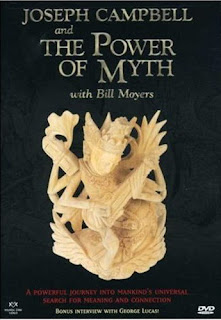 This effort to memorialize Campbell's work resulted in the film The Hero's Journey. Phil Cousineau, associate producer on the film, had written its narration along with coproducer Janelle Balnicke and—though the Bill Moyers series on The Power of Myth is credited as having catapulted Campbell into national notoriety and a season of fame—it was this earlier venture by Stuart Brown and Phil Cousineau that was actually the first filmic vehicle to introduce Campbell posthumously to a new generation. When I first saw The Hero's Journey at its Castro Theater premiere, I was thrilled to consider the impact and reach of Joe's disembodied presence, this second life through the medium of film, this continued opportunity to be further educated by my admitted mentor. 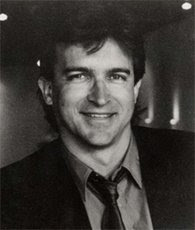 Shortly after that premiere, I crossed paths with Phil Cousineau at a Robert Bly seminar and approached him to express personal thanks for the film. During the seminar's lunch break, Phil joined me down at the Ft. Mason docks where we ate our sandwiches and initiated what has become a strong, lasting friendship of many years; I dare say, brotherhood. Since those days, Phil and I have shared many stories, many ideas, several scotches, several coffees, and he has (to date) written 23 books and worked on numerous films—several of which I intend to profile in the weeks to come on The Evening Class. I am profoundly complimented that Phil has profiled my Guatemalan fieldwork in several of his books, and that he accepted my invitation to stowaway on an excursion down the Usumacinta River when I was leading ecotours and teaching wealthy Americans how to read Mayan hieroglyphs. We both have a love for ancient, indigenous traditions, for quotesmanship, and—is it any surprise?—for movies. Phil has taught frequently on the mythic import of cinema. 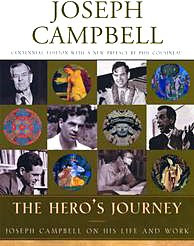 What I love about Phil's films is their sibling connection to literature; the "connective tissue" that David Lowery has written about so eloquently. Do you recall the opening sequence to Steven Spielberg's television series Amazing Stories where flapping books take flight? That's the image I think of with Phil. He has used the written word and the filmed image to remind us that imagination can be defined as a process of flight and that flight can lead—not only to the heights—but also the depths of aspiration. Frequently, his films have companion volumes, as if this lateral sibling connection should be neither denied nor resisted. Such was the case with The Hero's Journey, which—along with transcriptions of the documentary interviews—included Phil's editorial commentary.

Cousineau recognized early on the "treasure trove of material left over" from the editing of the film. He had been utilizing outtakes from the filmed sessions with Campbell in his "Myth and Movies" seminars and discovering that audiences were delighted with the material. He approached Stuart Brown "about rescuing the hours of outtakes from the obscurity of film vaults and organizing them into a book to meet the groundswell of interest." Brown granted him access not only to the film footage but to hours of videotaped lectures, generously encouraging Cousineau to create the companion volume to the film. 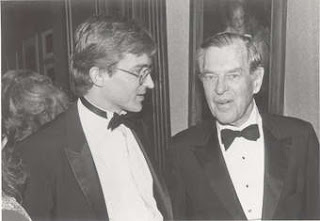 As Cousineau detailed in his introduction to the companion volume, the actual transformation of the transcripts into book form followed his exploration through the records of the original filming at Esalen Institute, the National Arts Club, and finally at the Campbell home in Honolulu. He also had the great fortune of being able to select passages from the videotaped lectures on "The Perennial Philosophy," "James Joyce and Thomas Mann," and "Psyche and Symbol" from Joe Campbell's last official lecture tour (which Stuart Brown—"with tremendous foresight and courage"—had videotaped between 1982 and 1983). Cousineau further consulted the audiotaped panel discussion after the West Coast premiere of The Hero's Journey at the Director's Guild in Los Angeles in May 1987.

Personal Aside
As I reviewed the film and its companion volume for this entry—the first of a series on Phil's work—I had that peculiar experience of returning to a book whose pages I had marked with post-its, flagging passages that held personal resonance for me at the time of my first reading. Nearly 20 years later I meditate on those marked passages, curious as to who I was then as opposed to now and what—at that time—I held of importance, much in the selfsame manner Campbell himself proposed when he suggested that underlining sentences was his practice of meditation. 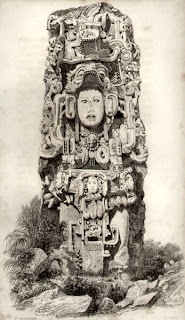 My scholasticism at the time was steeped in seeking mythic relevance to my Mesoamerican studies in order to provide a psychological hook to my on-site lectures. I was shaping my voice in field by combining these two fields of academia. During the Esalen sessions when Campbell was filmed in conversation with a rich mix of personages, Angeles Arrien brought up the mythic motifs of water and rock. "Well, yes," Campbell responded, "and the tree and the rock are also motifs: These rocks are the enduring, and the tree the living symbol. James Joyce plays with it in Finnegan's Wake, where he speaks about the 'tree stone'—Tristan—the one who is wealthy, the eternal rock, ever-growing life." (1990:11) I loved that passage—and flagged it—because I had recently learned of the Maya term tetun, which means "tree stone", their description of their stelae, or monumental sculpture. This was just one more example of—not so much diffusionist contact—but the archetypal underpinnings of diverse cultural expression. I could list numerous other examples I found through the post-its I adhered so many years ago; but, rather, encourage your own exploration, through both film and companion volume. Suffice it to say that—after his death—I was the first person allowed to lecture with Campbell's own slides about his only-partially formed theories on Mesoamerican cultures. That remains one of the highlights of my personal experience.

The only other reflection I will mention, however, is to acknowledge the profound influence Phil Cousineau has had upon my interview technique, specifically in his handling of Joseph Campbell who had been long reluctant to reveal much of his personal biography. Phil was quick to observe that the template of the monomyth that Campbell taught to others was resident in Campbell's own life's journey. "There were choice passages here and there," Phil wrote, "in our own filming of him over the three-year period, in the scattered interviews found in library stacks, and during our casual conversations with him about how he had recognized, in meandering through the maze of his own life, the various stages of the hero journey: the calls to adventure, the mentors and allies, the threshold guardians, the dark forest, the bringing back of the boon to the community." (1990:xvii) Cousineau convinced Campbell that for the dramatic structure of the documentary, it would be compelling to chronicle the nature of Campbell's own learning process. "How did he discover the themes that became the crossbeams of his work? Why did he connect the Navajo material to the Hindu? When did he first align in his mind the twilight myths of the Celts with Joyce's nightworld novels?" (Ibid.)

It is this tendency to seek connections rather than divisions that informs most of my own work, including my writing on film, and my conversations with filmmakers. It is why I refuse to be a critic and why I insist upon remaining an enthusiast. It is my way of honoring my teacher Joe Campbell and to carry aloft—in my own way—the flame of his ideas.
Posted by Michael Guillen at 5/31/2008 06:03:00 PM