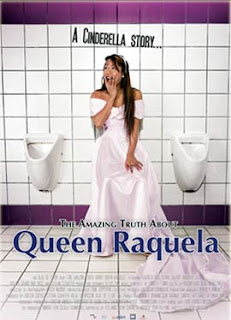 I wish Pee Wee Herman were still around. If he were, we could make "transtastic" the word of the day and scream outloud whenever it's used at the Frameline Film Festival, which will be often with regard to Olaf de Fleur Johannesson's docudrama The Amazing Truth About Queen Raquela (site). Billed as a transsexual Cinderella story, this Berlinale Teddy winner is amazingly engaging for its heady blend of gritty vérité and whimsical fairy tale. Why should I care about froggy-throated Filipina "lady-boy" Raquela Rios and the journey by which she lifts herself out of the gutters of Cebu City, through Internet porn, through Icelandic fish factories, to a delicately-staged freedom in Paris? Because it documents the desire each and every one of us has to achieve our dreams. Because each and every one of us deserves a better life. Because we're all orphaned royalty exiled from our true kingdom. If Queen Raquela can do it—however she has to—we all can do it, however we must. 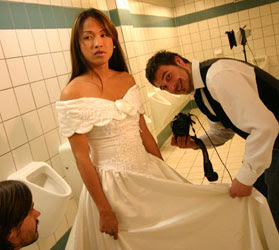 Annika Pham spoke with Johannesson for Cineuropa when Raquela screened at the Berlinale. Aaron Hillis did the honors for Premiere at this year's SXSW Film Festival. Pop Matters' Kevin John rightfully describes Stefan C. Schaefer's pornmeister performance of Michael as "brilliant" and specifies that—far from a "pity piece"—Queen Raquela's "sounds and images insinuate rather than inform." The Austin Chronicle's Kate Getty describes Raquela's voice as "a tangled mess of transition."

Of notable interest is that—amongst the film's many co-producers, including Johannesson's own company Poppoli Film—is Blue Eyes Productions, run by Baltasar Kormákur (Jar City). I recall Kormákur referencing the project when we spoke at last year's Toronto International.