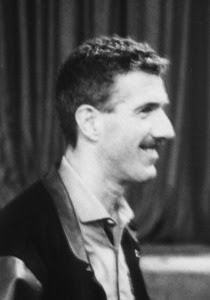 June Pride is nearly upon us and before Frameline grabs us by the nape of the neck and forces us to submit, Kino21 kickstarts this year's celebration of Queer cinema with a three-part program on the films of San Francisco experimental filmmaker Warren Sonbert, curated by Johnny Ray Huston and Konrad Steiner. With 16mm prints secured from Canyon Cinema, the retrospective will likewise feature a special chapbook of new and reprinted writings by and about Sonbert's life and work that will be for sale only at the shows. Knowing nothing about Sonbert's work, I anticipate this well-mounted introduction.

The series begins with Sonbert's magnum opus Carriage Trade (1971) which Canyon Cinema states "interweaves footage taken from [Sonbert's] journeys throughout Europe, Africa, Asia, and the United States, together with shots he removed from the camera originals of a number of his earlier films. Carriage Trade was an evolving work-in-progress, and this 61-minute version is the definitive form in which Sonbert realized it, preserved intact from the camera original." As Jon Gartenberg wrote in the program note for Carriage Trade when it screened at the Whitney Museum of American Art in October 1973 as part of the New American Filmmakers Series: "With Carriage Trade, Sonbert began to challenge the theories espoused by the great Soviet filmmakers of the 1920s; he particularly disliked the 'knee-jerk' reaction produced by Eisenstein montage. In both lectures and writings about his own style of editing, Sonbert described Carriage Trade as 'a jig-saw puzzle of postcards to produce varied displaced effects.' This approach, according to Sonbert, ultimately affords the viewer multi-faceted readings of the connections between shots through the spectator's assimilation of 'the changing relations of the movement of objects, the gestures of figures, familiar worldwide icons, rituals and reactions, rhythm, spacing and density of images.' "

Carriage Trade screens Thursday evening, May 15, 7:00PM at San Francisco Camerawork, 657 Mission Street, Second Floor in San Francisco (415/512-2020). Admission is free for SF Camerawork members and there is a (suggested donation) of $5 for general public; $2 for students and seniors. 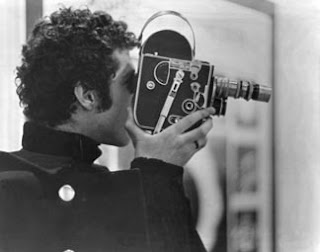