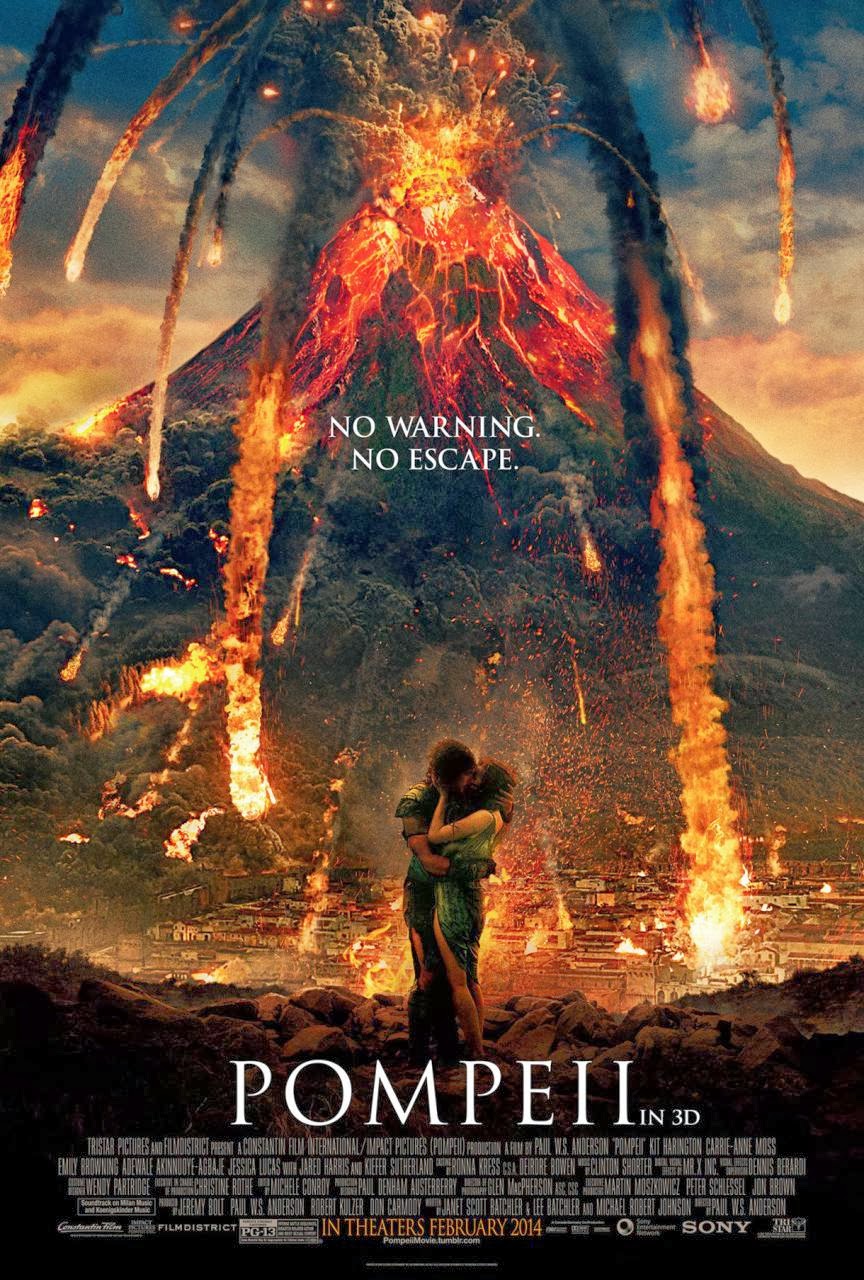 Let's not pretend, shall we? Mount Vesuvius in all its eruptive glory is the true star of Paul W.S. Anderson's Pompeii (2014), no disrespect intended to our six-packed Celt (Kit Harington), his doe-eyed love interest Cassia (Emily Browning), his brother-in-arms Atticus (Adewale Akinnuoye-Agbaje) and their lip-spitting adversary Corvus (Kiefer Sutherland).

Fans of such TV narratives as Game of Thrones, Grimm, and Oz, will find familiar faces to cheer on in the face of natural, unmitigated disaster, affectionately rendered in 3D as fireballs come hurling out of everyone's favorite volcanic eruption to devastate the seaside city of Pompeii. Surely that doesn't necessitate a spoiler alert? Who isn't familiar with the destruction of Pompeii and Herculaneum in 79AD? These events fascinated me as early as the fifth grade when I reconstructed Mt. Vesuvius for a science project, building up the mountain over a narrow glass in which I spooned several helpings of soda bicarbonate and red food dye. As I related the history of this ill-fated city to my schoolmates, I poured in vinegar at the last minute to produce an overflowing red foam of destruction. The class cheered. The teacher gave me an A. It was just as exciting (for me, at least) as watching Steve Reeves in The Last Days of Pompeii (1959), the muscular remake of the earlier effete 1935 version (where Basil Rathbone plays Pontius Pilate). 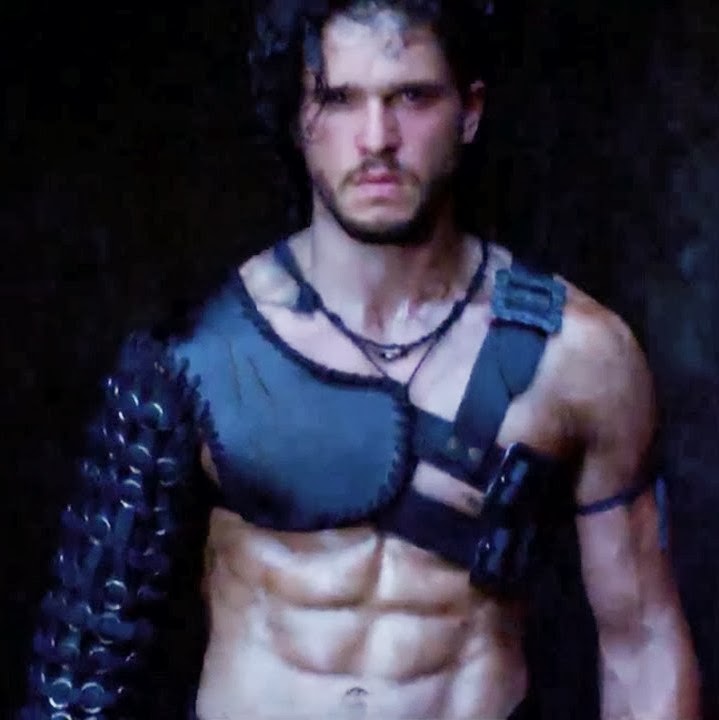 Let there be no doubt that I prefer my sword-and-sandal disasters virile and muscular and—true to a longstanding trend in eroticized hyper-virilified history, recently rewritten in Ridley Scott's Gladiator (2000), Zack Snyder's 300 (2006), and the Starz TV series Spartacus: Blood and Sand (2010-2013)—beefcake and GCI destruction make sexy bedmates. The victors who rewrite history here are the disaster enthusiasts sitting in the audience.

Expect nothing, put on your 3D glasses, and eat your Hot Tamales. It's state-of-the-art spectacle and—for this reviewer at least—a thumbs up.
Posted by Michael Guillen at 2/21/2014 10:30:00 AM No comments: