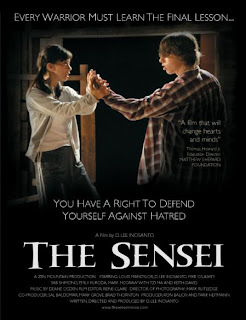 I befriended Diana Lee Inosanto a little over a year ago over drinks at Delirium when she and the rest of the talent for William Kaufman's The Prodigy attended their Dead Channels screening at the Roxie Film Center. As associate producer and actress in that dark and somewhat violent vehicle, it surprised me to hear her speak of her committed interest to spiritual cinema, and that she had been working for many years on a film based on the life of Matthew Shepard. I asked her to please keep me posted on the project, which—true to her word—she has done.

Mid-October of last year The Sensei (site) had a private screening at the Cathedral of Hope in Dallas, Texas, as part of a Martial Arts Festival and the Dallas AIDS Walk. The Sensei—which pulls no punches criticizing the male-preferential hierarchical structures of the martial arts world—was encouragingly received by that community, much as the trailer had been earlier at a martial arts convention in Las Vegas.

Set in the late '70s and early '80s when AIDS was first ravaging both urban and rural communities throughout America, The Sensei recreates the intolerant hysteria that ostracized those who first took ill, and the rampant homophobia within martial arts schools that denied young gays the opportunity to learn how to defend themselves against hate crimes accelerated by fears of the disease. Though nearly 30 years ago, attitudes have not changed as much as one might expect. When The Sensei screened in early December on World AIDS Day at the Anchorage International Film Festival, Inosanto received an enthusiastic standing ovation even as one guy told her his black belt would be stripped away if he took in a gay student. Since then she has received support from gay martial artists who remain closeted or others who feel they cannot openly take a stance.

What has been, perhaps, the most ironic upset of the last few decades in terms of rights for the Queer community is that—while Queers have come out of the closet—hatred and bigotry, far from erased but censured by legislation, have taken their place. Hate and intolerance, unfortunately, prevail, albeit in the closet. All the more reason why The Sensei's sentiments—even when they veer towards the melodramatic—bear the sharp edge of continuing necessity. 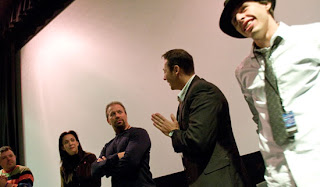 At another special screening mid-December at the STARZ Film Center in Denver, Colorado as part of the Untitled Film Festival, The Sensei was screened to benefit the GLBT Community Center of Colorado's Rainbow Alley Program, which assists Queer youth around such difficult issues as drugs and alcohol, HIV and AIDS, coming out, suicide prevention, personal safety, and school struggles. The screening, co-hosted by The Matthew Shepard Foundation and the Denver Film Society, came at a poignant time as 2007 marked the historic passage of The Matthew Shepard Act (officially, the Local Law Enforcement Hate Crimes Prevention Act of 2007 or LLEHCPA). The passage of this Federal bill was due to the diligent work of Judy and Dennis Shepard, and the Matthew Shepard Foundation, along with U.S. Senators Ted Kennedy, Gordon Smith, and U.S. Representatives John Lewis, Christopher Shays, and Tammy Baldwin. Matthew Shepard's case influenced the themes of tolerance and compassion in The Sensei. Once again, the film received a rousing standing ovation. 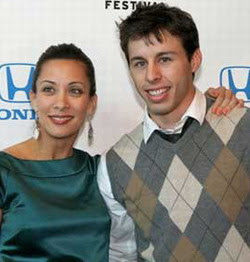 The Sensei's Official World Premiere was held Sunday, May 4, 2008 at the Directors Guild of America in Los Angeles, California, as part of the 24th Los Angeles Asian Pacific Film Festival. Philip W. Chung championed the film for Asian Week. 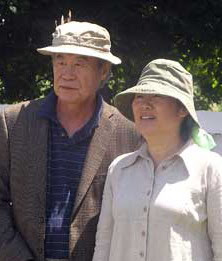 Clearly, The Sensei—which has taken seven years to complete—is a labor of love from a woman with a commanding capacity to love. It has survived a small budget and many setbacks along the way; but, arrives with an ensemble cast committed to its simple but stern message. Without tolerance, we are all undone. With disciplined blows, compassion both wrathful and righteous, and the discernment to know how to throw off the weight of outmoded hierarchical values, The Sensei moves gently and surefooted out from underneath an unresponsive patriarchy to claim its own field of defense. As the film emphasizes, every individual has the right to defend themselves against hatred and self-hatred. The Sensei does a masterful job of restoring spiritual integrity to the martial arts, de-emphasizing the testosteroned athletics that have pared the spiritual discipline down to a competitive sport. This is a commendable trend, seen as well in David Mamet's recent Redbelt where—coincidentally enough—Diana Lee Inosanto's father Dan Inosanto plays martial arts master Joao Moro. Both films might be accused of being more true than real; but, without truth to guide the real, where will we be?
Posted by Michael Guillen at 5/24/2008 01:11:00 AM