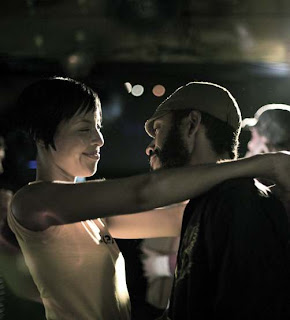 From the Castro Theatre stage on SFIFF51's closing night, San Francisco Film Society Executive Director Graham Leggat announced the winners of the audience ballot awards. Over the past 15 days, more than 80,000 ballots were cast, intensifying the competition for best documentary and best narrative feature.

Audience favorite for best documentary went to Gonzalo Arijon's Stranded: I've Come From A Plane That Crashed On the Mountain, which Leggat described as "an extraordinary document of human courage and endurance; a film of incredible moral impact." I had the opportunity to interview director Arijon during the run of the festival and hope to have that transcription up soon.

Audience favorite for best narrative feature came in at a tie for Rodrigo Plá's La Zona and—most pleasingly—for Barry Jenkins' Medicine for Melancholy. Barry offered me the welcome opportunity to be one of the first to write about his film as he was gearing up for South by Southwest and it's been heartening to follow the film's popular and critical success since then. We finally met only yesterday in the Vanity Fair press lounge where I introduced myself to him and his cinematographer James Laxton. Barry didn't miss a beat rising to his feet to give me an appreciative hug; his only gripe about my write-up being that I praised Laxton first. They've gone round and round about that, he grinned. 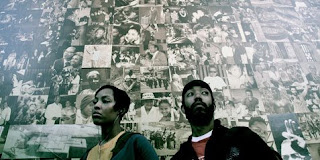 The one comment I did not make in my initial review that came to me afterwards involved the scene where Micah and Jo opt for San Francisco's Museum of the African Diaspora instead of the Museum of Modern Art, followed by a stroll through the Martin Luther King, Jr. Fountain in the Yerba Buena Gardens. This sequence of their afternoon "date" underscored the civic hypocrisy of San Francisco; the great divide between its monumental tributes to race while steadily eliminating the African-American presence in the city proper. I find it more than fitting that San Francisco audiences have recognized the need to redress that hypocrisy with full-fledged acknowledgment.