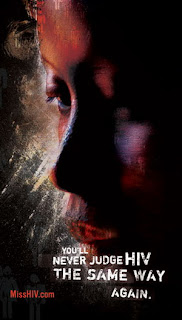 The 10th Annual San Francisco Black Film Festival ("SFBFF"), scheduled to run June 4-8 and recommencing June 11-15, 2008, is primed to compete for festival audiences come June with 100 films over 10 days at 5 venues in San Francisco. Though the program line-up hasn't been officially announced, their website is up.

Anticipating the festival proper, SFBFF and the Coalition of 100 Black Women Oakland Bay Area Chapter Sistahs Getting Real About HIV/AIDS Initiative ("NCBW/OBAC") are co-sponsoring a private screening of Miss HIV on Wednesday, May 28, 2008, 6:00PM at the Museum of the African Diaspora ("MOAD"), 685 Mission Street, San Francisco. Though admission is free, space is limited and reservations are encouraged. You can either make a reservation through Avenue Montague (415/346-0199) or online at the MOAD website. 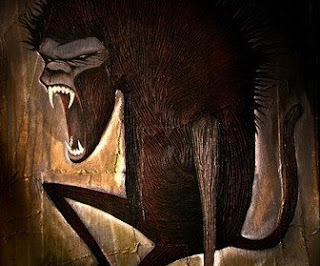 "Unlike any film you've seen on AIDS, Miss HIV takes you backstage to the Miss HIV pageant and behind the curtain on what is really happening in the war against a virus that is now the leading killer of people under 60 in the world."

Immediately following the film there will be a panel discussion and reception. Panelists will include director Jim Hanon, Cathy Adams (the founding president of NCBW/OBAC), playwright and activist Imani Harrington, and Malcolm John, M.D., M.P.H. from the Division of Infectious Diseases-Dept. of Medicine, and director of 360: The Positive Care Center at UCSF.

05/17/08 UPDATE: No sooner did I post the above than I received the following line-up information. Opening night kicks off on Wednesday, June 4th with Shoot the Messenger, a funny and irreverent work from Nigerian-born British filmmaker Ngozi Onwurah about a Black British teacher who fights his way out of madness and stops blaming his own people only after losing his job. The opening night festivities continue after the film at Rasselas Jazz Club on Fillmore.

An exciting array of films will be presented throughout the festival's two week run. Works by African directors include Footsteps in Africa, an exploration of the daily life and ritualistic survival of the Tuareg/Kel Tamashek tribe in the Saharan desert of Mali and After 9, the story of a successful but closeted South African man who lives straight during the day but gay after nine.

Documentary highlights include TRIBUTE: Stanley Tookie Williams, 1953-2005, a provocative look at death row prisoner, Crips gang co-founder, children's book author and Nobel Peace Prize nominee Stanley Tookie Williams; The People's Advocate: the Life and Times of Charles R. Garry, which recounts the life of one of the most influential criminal defense attorneys of the twentieth century and the political revolutionaries (such as Huey Newton and Bobby Seale) he defended; and Adjust Your Color: The Truth of Petey Greene, the heroic tale of America's first shock-jock, who overcame poverty, drug addiction and a prison sentence by "telling it like it is" on his raw, uncensored radio and television programs. Don Cheadle (who played Greene in the feature Talk To Me), narrates and Howard Stern makes a cameo appearance. Standouts in the documentary category continue with Don't Hate Strippers: Fight The Government, an account of male exotic dancers fighting local government in federal court over a new strip club law; Nobody Knows: the Untold Story of the Black Mormons, which traces the history and development of race issues in the Latter Day Saints church; and Filmo, a look at the current processes of gentrification and redevelopment within the once thriving area of the Western Addition. Other offerings include Music Is My Life; Politics My Mistress: The Story of Oscar Brown, a powerful and gripping portrait of the remarkable poet, singer, playwright, composer and social activist; and Black August, a docudrama that chronicles the short life of political prisoner George Lester Jackson (played by Gary Dourdan, CSI) and details how he became a flashpoint for revolution and ignited the bloodiest riot in San Quentin's history. 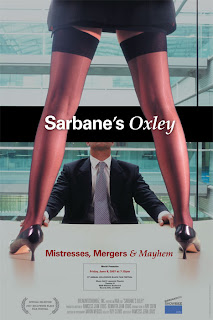 Feature films include A Good Day to be Black and Sexy, a raunchy between-the-sheets peek at black love and sexuality; Kings of the Evening (with Tyson Beckford), which reveals how a group of ghetto men transcend their bleak urban life every Sunday night; Panman Rhythm of the Palms, the story of the rise and fall of steel drum pan player Harry Daniel; Sarbane's Oxley, which examines the issue of accountability in both professional and personal settings, and Something Is Killing Tate, a tale of demons and the struggle for redemption.

Presentations in the "Short" category include FAL, an account of automatic assault rifles and tragic loss; Hollywood Jerome, the story of a 14-year old who is enthralled and bamboozled by pop-culture depictions of gang culture; and Spin, which explores the issue of artistic integrity. 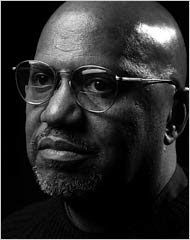 Of particular note this year is the San Francisco Black Film Festival retrospective and tribute to documentary filmmaker St. Clair Bourne (1943-2007), who died last December. During his 36-year career, Bourne made more than 40 films and provided a priceless record of American Black culture. His subjects included singer, actor and activist Paul Robeson, poet, novelist and playwright Langston Hughes, photojournalist and filmmaker Gordon Parks and poet/activist Amiri Baraka. A special program of Bourne's work will be shown, including Making "Do the Right Thing", The Black and the Green and John Henrik Clarke: A Great and Mighty Walk. A panel discussion with noted Bay Area documentary filmmakers will follow. 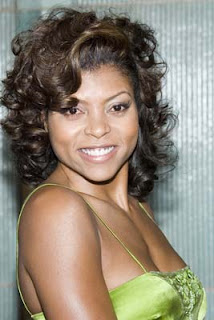 Special events include the star-studded Melvin Van Peebles awards brunch on Saturday, June 14 at 1300 on Fillmore. Actress Taraji P. Henson will receive the first-ever Phoenix Award in honor of her swift rise to stardom. Henson is best known for her role as pregnant prostitute Shug in Craig Brewer's Hustle and Flow, where she made her singing debut and furnished the vocals for the Three 6 Mafia track "It's Hard Out Here for a Pimp". She has also appeared in the films Baby Boy, Hairshow and Four Brothers, and currently plays attorney Whitney Rome on ABC's Boston Legal. In her most recent work, Henson costars opposite Brad Pitt and Cate Blanchett in Paramount's The Curious Case of Benjamin Button, scheduled for release on November 26, 2008.
Posted by Michael Guillen at 5/16/2008 02:55:00 PM