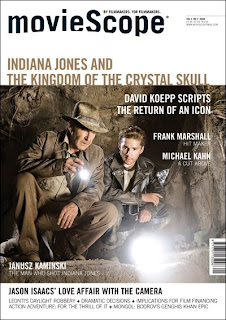 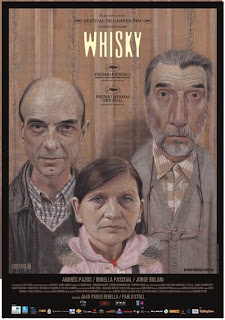 In 2004, a small and unassuming Uruguayan film, Whisky (dir. Juan Pablo Rebella and Pablo Stoll) won the FIPRESCI and Prix du Regard Original prizes at Cannes. Later that year, it went on to win 17 awards worldwide, including top prizes at the Habana and Chicago International Film Festivals, and a Sundance/NHK award. Five years later, long after festival-favorites typically lose their theatrical "shine," Whisky is still in demand. It recently headlined the Latin Beat film festival at Lincoln Center and in 2008, is slated for television broadcast on LinkTV, a nationwide channel reaching over 29 million homes in the United States.

Here's the question on everyone's mind: how is this possible, especially in an industry where a film's shelf-life is often measured by just a few festival appearances? The obvious answer is that when a film is good, audiences will recognize its value regardless of when it first appeared on the festival-circuit. But ask industry-insiders and they'll say it's not just about the film but also about the distributor, which in this case happens to be The Global Film Initiative.

Whisky is one of many films supported and distributed by The Global Film Initiative, a U.S.-based distributor with one of the most dynamic distribution models in today's international film market. Co-founded in 2003 by Susan Weeks Coulter and Noah Cowan [of the Toronto International Film Festival], the Initiative touts itself as a "full service" distributor of films from Africa, Asia, Latin America and the Middle East, offering production grants to filmmakers and a multi-platform release that includes a full year of high profile screenings through one of the most lauded touring festivals in the U.S. and Canada, Global Lens. 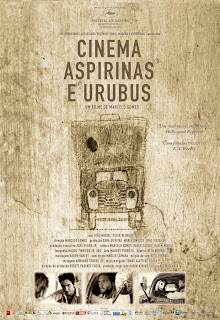 Since its founding, the Initiative has awarded grants to support the production of approximately 50 films (including Whisky and 2005 Cannes favorite Cinema, Aspirins and Vultures), and distributed an equal number of films through its Global Lens film series. Anyone familiar with the Initiative will tell you these awards and distribution-deals have nurtured the careers of filmmakers such as Garin Nugroho and Kambozia Partovi, and fostered the growth of burgeoning filmmaking communities around the world, from Chile to Indonesia. Quite an impressive track record for a small, entrepreneurial distributor barely into its sixth year.

But perhaps what makes the Initiative truly unique is its ability to address the concerns of filmmakers in today's increasingly complex international film marketplace. "In the current environment, questions of funding go hand-in-hand with distribution, and questions of distribution are mixed with new technologies, festivals and concerns about home video release," says Simone Nelson, Director of Marketing, Public Relations and Development. "We offer funding for those who qualify, and when we distribute a film, we handle theatrical screenings and home video release, and also all marketing and publicity efforts, including relationships with major U.S. and Canadian festivals. It's one-stop shopping."

In other words, the Initiative is "filmmaker-friendly" with a keen eye for good business and as Nelson points out, is guided by the best interests of its filmmakers and their audiences, not GFI's bottom-line. For most distributors, such a philosophy is anathema to good business but for the Initiative—whose ostensible goal is to use its multi-platform format to generate both visibility and revenue for a film—it's the only way to be successful.

"In the case of Whisky, we supported the film with a grant and distribution-deal in 2003, closely followed its progress through the festival-circuit in 2004, and released it through the 2005 Global Lens series. The film was first screened in theatrical locations and a year later, released in home video and then broadcast television," says Santhosh Daniel, Director of Programs. "Throughout the entire process, we were in close contact with the filmmaker and producers. As a result, it's still playing in theaters and has likely earned more than what it might have through traditional distributors." 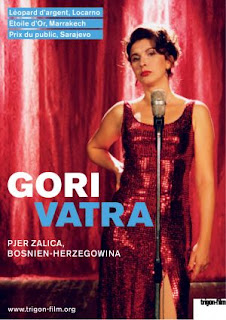 Whisky, however, is not The Global Film Initiative's only success-story. Fuse (dir. Pjer Zalica, Bosnia & Herzegovina), Night of Truth (dir. Fanta Regina Nacro, Burkina Faso) and Kilometre Zero (dir. Hiner Saleem, Iraqi Kurdistan) are just a few of the many films that have enjoyed similar success. Of course, this success is not only due to the Initiative's distribution platform, but also the rapidly growing audience for films distributed through the increasingly popular Global Lens film series.

In 2007, more than 20,000 people attended screenings of Global Lens throughout the United States and Canada. In 2008, the Initiative expects that number to increase dramatically, largely due to the rising popularity of Global Lens, and a shift in how the series is screened theatrically. Five years ago, when the series was first launched, it was an unknown entity and the only format for screenings was 35mm. But over the years, as the Initiative has "branded" the series through smart marketing and exemplary films, it has also used advances in digital technologies to make the series more accessible, resulting in an exponential increase in audiences that can see films in the series.

"Currently, our Global Lens 2008 series is screening in more than forty cities nationwide, on both 35mm an DVD," says Daniel. "The venues and hosting organizations range from the Museum of Modern Art and AFI Silver to small theaters and cultural institutions, as well as known festival groups, such as the Seattle and Palm Springs International Film Festivals. Films are showcased with only eight or nine other films, providing far greater exposure for a film than what occurs via traditional festivals. All of this occurs before we even consider releasing the film in home video to audiences." 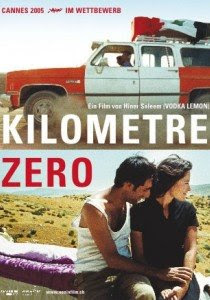 If festivals launch a film into the public eye, audience-interest is what provides the film with longevity far beyond the festival circuit. Cultivating this "interest" is part-and-parcel of the Initiative's distribution philosophy. Perhaps the most creative example of how this is done is the Initiative's Education Program, which presents free educational screenings of selected Global Lens films for high school students wherever the touring series is shown. The Program focuses on instilling an appreciation for "foreign" film among age-groups that don't typically attend festivals and as Coulter explains, "It's critical to remember that—in order to avoid having our audiences die out—younger generations must be exposed to new cinematic perspectives in the hope of creating a future for these films."

This non-traditional approach to film distribution is a hallmark of the Initiative and as Coulter mentions, "Is what makes us appealing to filmmakers—we're not afraid to expand, adapt and innovate." Indeed. In the last year, the Initiative has expanded its Education Program to include a new web-based media program, Bluescreen, that can be used by students and educators to learn and study global arts and culture using Global Lens films. In previous years, the Initiative has shown films on airlines and in the coming year, it will explore expanded television distribution of films, global screening partnerships and the newest buzz in the film industry: Internet distribution.

All of these things contribute to the "shelf-life" of a film and ultimately, what is fast-becoming the "go to" distributor for international film in the United States and Canada. And, as Coulter says, "If you just want your film to be seen, take it to a festival. If you want your film to be remembered, bring it to us."

Well I probably should have seen more, but I did see two of the films this year, The Bet Collector and Opera Jawa. It's harder for me to get out to see a film in a theater, but I figured this stuff needed my support.

Hey Peter, thanks for stopping by to comment. Did you write those two GFI flicks up? I'd love to read what you have to say.

I didn't write about either film. Especially Opera Jawa, to me, seemed to require someone with greater familiarity with the Indonesian culture. I am in the process of seeing a few more Filipino films.

I was lucky enough to see Whisky last summer and quite enjoyed it. The dead pan style reminded me a bit of Aki Kaurismäki & Jim Jarmusch. A real treat to watch.

Hey Sachin, thanks for stopping by to comment. I totally agree. Whisky is winning.