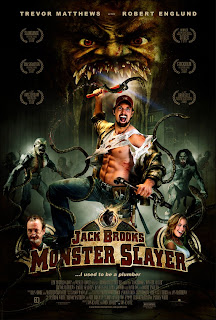 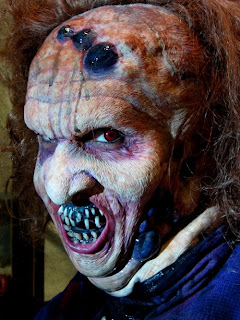 When Todd Brown first began commenting on the project at Twitch roughly a year ago, he hoped this Canadian production with its inventive practical effects (by makeup/creature FX creator David Scott and his Form & Dynamics crew) would be "the next hope for a wriggly, oozing success" and singled out the film's creative website, "loaded with production design sketches and a series of fourteen behind the scenes videos tucked away in the Jack's Journals section." The trailer finally arrived in August, the film was picked up at Slamdance by Anchor Bay in January of this year, an incredibly hot poster came out in February, at which time Todd finally got around to watching and reviewing the film at the Berlinale. He emphasized that—when it's done well—"the world of foam latex monsters and buckets of blood is an enduring cult favorite" and "an awful lot of fun." 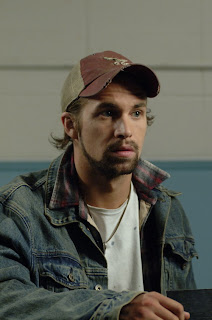 Much of that fun is due to Robert Englund's Professor Crowley who—as Cinema Fromage states it—"steals the show as he waxes demonic" and turns into something of a "purposely cheesy" Jabba the Hutt. Englund admits, "It was fun for me at my age to do some physical comedy and crash around and set up the mutation at the end of the film." As for the film's sexiness, much of that is due to a young cast headed by Trevor Matthews whose transformation from "a slacker whipping post to a bad ass"—inspired by Bobby Darin's "Beyond the Sea" no less—holds an attractive erotic charge. In his hands monster slaying becomes the ultimate form of anger management. His girlfriend Eve (Rachel Skarsten) is likewise easy on the eyes (though hard on the ears). Lest he be pigeonholed as a hunk icon, however, Matthews does double duty and plays the forest troll that kills his family in the film's opening camping sequence. 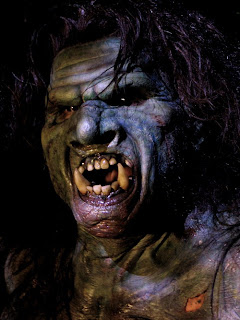 Scott Weinberg at Fear.Net describes Trevor Matthews' Jack Brooks as "a short-tempered misfit who's prone to unpleasant outbursts, but Matthews also brings a lot of quick wit and pulpy swagger to the material. If Jack Brooks: Monster Slayer had been made twenty years ago, it would have starred Bruce Campbell in the title role—and obviously that's meant as compliment (to both actors)." Bloody Disgusting agrees: "Jack Brooks, played by Trevor Matthews, … could possibly become the new Ash for horror hounds looking for a replacement (since we all know we'll never see an Evil Dead 4). And although no one will ever replace Bruce Campbell's character, Jack Brooks carries similar charisma, energy and toughness that could transform him into the latest horror icon." At the very least, Bloody Disgusting argues, "Monster Slayer is only the birth of Jack Brooks and I pray we'll see another dozen of these films in the future." Variety's Joe Leydon likewise predicts Monster Slayer's potential as "the kickoff for a horror-comedy franchise." Cinema Fromage bills it as "a great origin story in the vein of comic books" and—as if to prove the point—one of the keen perks of the film's website is a comic book adaptation whose pages you can click and turn!