"I'm in a halfway house on a one-way street and I'm a quarter past left alive."—Ricki Lee Jones

Alan K. Rode is a pal around these parts, not only because he turned me on to Charles McGraw, and not only because he's one of the head honchos of Noir City, but because he's a damn entertaining writer with a pulp swagger and about as insightful as they get on genre films. He publishes far and wide but sporadically gathers select essays at his site One Way Street, the latest addition to my blogroll.

Alan's most recent entry is his assessment of Victor Mature's "bum rap" as an actor. "Conventional critical wisdom long ago pegged Victor Mature as 100% Hollywood beefcake; a rare Tyrolean-Swiss steak from Knoxville, Kentucky who was a graduate of the Cigar Store Indian Drama School. Replete with a toothy, Tyrannosaurus-like smile and sporting a wavy pompadour glistening with 30 weight, Mature was dismissed by those who recall him as De Mille's bare-chested exponent of Philistine urban renewal in Samson and Delilah (1949) or being able to, as he put it, '…make with the holy look' in films like The Robe (1953) and Demetrius and the Gladiators (1954). However, before Mature got biblically pigeonholed by Hollywood, his work on screen, particularly in darkened 20th Century Fox productions, proved to be diverse and distinguished." 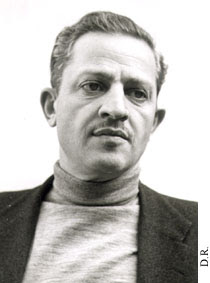 Dipping back into Alan's archives, he's paid tribute to the passage of such key collaborators as Richard Widmark and Jules Dassin (whose lustrous Night and the City was the closing night feature at Noir City 6). Alan has stated his "beef" about blood; There Will Be Blood, that is, and the lack of critical discernment he perceives in the accolades heaped on the film, especially the facile comparisons to Citizen Kane: "I can state categorically that not only does this much-ballyhooed film not hold a candle to Citizen Kane; it is simply not a very entertaining movie." He's spotlighted the legacy of character actor Percy Helton, the exemplification of "the downtrodden film noir schlemiel" who "uttered his lines with a breathy vocal lilt akin to the sigh of an exhausted calliope. When alarmed or threatened—a frequent occurrence—he reached a higher octave reminiscent of a damaged ukulele."

Would you believe it, before film noir Alan (like me!) was a "Monster Kid", still retaining a "soft spot" for films he knows "can't endure the slightest critical scrutiny." That being said, when asked by the American Cinematheque to come up with a program that might bear critical scrutiny, he settled on Journey to the Center of the Earth, World Without End, I Bury the Living, The Vampire and Return of Dracula. What I want to know is why he isn't willing to wander down that darkened memory lane with the willing in San Francisco? 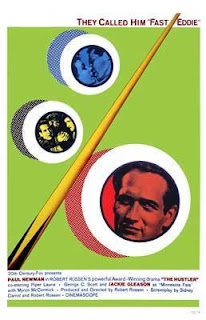 Ever attuned to the glories of yesteryear, Alan has researched the near-forgotten Masquers Club of Hollywood. He's reviewed the fare at the 2007 Palm Springs Film Noir Film Festival. He's chalked his cue stick graphing out The Hustler and its symbiotic relationship to the legend of Minnesota Fats. And he's endeavored to revive interest in the careers of Robert Loggia and Richard Anderson, who clearly deserve more attention than they've received in recent years. Alan's attention to subsidiary players and diminished and overlooked careers is, in fact, one of my favorites aspects of his work. It's great to know he's got a site I can periodically check into to learn more.
Posted by Michael Guillen at 5/26/2008 08:25:00 PM