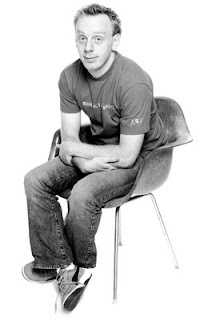 Attending a word-of-mouth screening of Mike White's directorial debut The Year of the Dog allowed me my first opportunity to experience the elegant Lettermen Digital Arts Center in San Francisco's Presidio. Admittedly, though the film engendered a few chuckles, it disappointed for being too slight. Laura Dern's performance is commendable and Peter Sarsgaard is always easy on the eyes, especially in cutoff shorts. Notwithstanding, I admire Mike White's unique comic sensibility so I was appreciative of getting to hear him interact with his audience after the screening. SFFS programmer Sean Uyehara moderated. Unfortunately, unheard questions were not repeated for the benefit of the rest of the audience so it was a real catch-as-catch-can affair, further complicated by White's tendency to insert the word "like" after every third or fourth word (which I've omitted to bear transcription).

Working with the dogs was actually pretty fun, White admitted, but the thing about trained professional dogs is that—basically, even though he just wanted them to be crazy—that's the one thing professional dogs can't do. They're too well-trained. Even in the scenes where the dogs were just supposed to be running around, it all had to be choreographed so that one dog would go over to chew on a pillow, and the other would pee in the corner. It was ridiculous for White, who just wanted to let them be; but, oddly enough, trained dogs don't know how to just be dogs. Nevertheless, the dogs were awesome and White would rather work with dogs again than babies.

As to what his intentions were with the film, White admitted that sometimes he likes comedies that are cute, and definitely some folks have described Year of the Dog as cute; but he also likes movies that are toned with minor keys. When he was writing Year of the Dog, he wasn't sitting around guffawing at how funny it was. He had, in fact, just recently emerged from a sad, personal experience; but, everything he writes is at least a little bit funny. He doesn't think he would ever write something that was exclusively about people pulling their hair out and shouting, "God damn it!" Admittedly, comedies often make you laugh but afterwards you have nothing to chew on and White prefers comedies that don't feel so predigested. He likes to write comedies that make you query, "Is this funny? Is this sad? Where is this going?"

The project originated when White was doing a half hour comedy series for Fox TV with The Year of the Dog's lead actress Molly Shannon who plays the protagonist Peggy. The TV show lasted for all of three weeks. "It didn't retain the American Idol crowd," White grimaced. It was like inviting someone to a party but the party sucks and yet goes on and on while—as the host—you're sitting there thinking, "This party sucks." In the process, however, White recognized Shannon was a gifted actress and one of the coolest, big-hearted persons he had ever met. He didn't want their interaction to end with a weak suck TV show. He wanted to promote her creative range and so he wrote Year of the Dog for her. Part of the fun of writing it was knowing he was only going to do it with Molly. Though Molly is not really like the character in the film, she has a sweetness about her. White wanted to make a movie about someone who—in real life—you might glance over, who doesn't make a big impression, who you take for granted as a "listener", but who in his movie would be front and center. For whatever reason in most of the scripts he writes, White likes to have the way in not be the everyman who's got a wife and kids who wakes up and suddenly can't lie. He looks for a character who doesn't necessarily get to be the star of the movie. 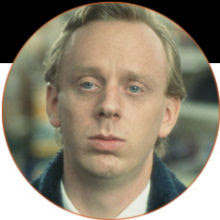 As for the vegan theme of the film, White admits to being "an erstwhile vegan." He finds it odd that he can admit that and suddenly his film is perceived as being "fuckin' propaganda." In a way the story is quite personal because it's similar to things White has gone through himself and the message of the movie, hopefully, is what Peggy's trying to say at the end: this is my passion, this is what I'm about, this is what drives me, and there should be room for me to be able to express that and be that. It doesn't necessarily mean everyone in the audience or anyone else has to be like that. Shortly before the film came out, he was getting reviews from papers like the Orange County Register stating, "This is flippin' propaganda!" What's funny, though, White points out, is that if Molly's character had ended up with a guy, pregnant, that's not propaganda, right? That's just the end of a movie, right? That's not a heterosexist template being shoved down anyone's throat, right? White finds it funny when folks react, "Don't say I can't eat beef! Don't you fuck with my beef."

I asked White to speak about his choice, camera-wise, to film full-frontal wide horizontal compositions. White responded that, while he was writing Year of the Dog, he was very much into Errol Morris's Gates of Heaven (1980). He loves early Errol Morris portraiture. The way White used his camera allowed the viewer to slip into Peggy's subjectivity. When people are talking to her, they're basically talking to the audience head-on. Especially in the beginning of the film, with the monologues, he liked the idea of emulating Morris's portraiture style and letting them be somewhat flat, but at the same time interesting enough not to be static. Obviously, Year of the Dog is a low-budget movie with a lot of dogs and scheduling realities so it was something of a practical/creative decision to shoot this way. He felt he was choosing his battles with regard to the look of the movie, freeing him to focus on the actors and their characterizations. He liked the tension between a flat composition and characterizations of depth. There are so many documentary-style features these days but he didn't want to fake cinema verité with a handheld camera and shaky movement or anything like that. He preferred the Errol Morris approach.

One fellow said the camera style felt confrontational and that White's film reminded him of the work of Todd Solondz with its focus on the strife of the working classes. White responded it was more existential than that. He wanted to fill Peggy's world with people who had different obsessions, though their obsessions were more mainstream in a sense, requiring Peggy to keep her obsessions private for fear of being judged silly. Everyone knows the woman who's obsessed with a new man. Or the parents who have just had a kid and are obsessed with the kid. Whether they were rich or poor, middle class or lower class, those concerns and obsessions exist across the board. 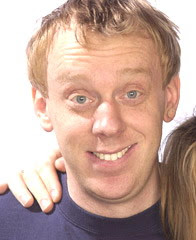 When White wrote Year of the Dog, he was doing the TV show with Molly, which was a hellish experience. They were never happy with what he was doing and he was getting behind on scripts. White opined that there's nothing more stressful—"unless you're starving or something, that's more stressful"—but, there was nothing more stressful in his life than trying to write these scripts for a TV series that was not going over well. Around that time he inherited a stray back yard cat when he moved into a new house. The cat slowly came to know White and became his pet. He grew to love it. He got behind on scripts and it was Christmas and he was going to write all these scripts to catch up when the cat showed up sick. He picked it up and it died in his arms. The experience amplified because of the pressure he was under and he became unraveled and inconsolable. They ended up having to shut the show down because he wrote a half hour comedy script that was the most depressing thing in the world. He got even further behind on scripts and was as close to crazy as he had ever been. When the dust settled and it was over, he looked back and thought, "If that cat hadn't died, none of that would have happened." He found it interesting that the death of a pet could cause a person to re-examine their relationship with themselves.

Dave Hudson at The Greencine Daily has rounded up the film's tenuous reviews from its premiere at this year's Sundance and Michael Fox explores Mike White's alter-egoes in his interview for SF360.