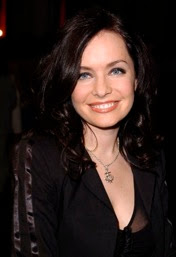 The 2007 San Francisco Women's Film Festival kicks off April 11th with an opening night screening and party at 12 Galaxies on 2565 Mission Street, San Francisco. They'll pay tribute to independent film director Guinevere Turner. Guinevere Turner has appeared in such films as Go Fish, Chasing Amy, Dogma and Kiss Me, Guido. Additionally, she has co-written many works, including American Psycho, The Notorious Bettie Page, and the television series, The L Word. Not only will SFWFF screen Turner's Hung and Hummer, but she will also be on hand for a Q&A session with Jenni Olson, film historian and director of e-commerce at WolfeVideo.com.

Opening night at 12 Galaxies will highlight the achievements made by women filmmakers in LGBTQ cinema by showing the following shorts:

Trained in the Ways of Men by Shelly Prevost
One Wedding and a Revolution by Debra Chasnoff
Make a Move by Hanifah Walidah
Team Queen by Leah Meyerhoff
Jaywalking by Leigh Lacobucci/Kathy Huang
Eklektika Dance School by Maria Takacs
Desperate for Love by Angel L. Brown
Godspeed by Lynn Breedlove/Jen Gilomen

Opening Night's festivities begin at 7PM with a live acoustic set featuring Trusting Lucy, a screening of shorts films and a Q&A, followed by dancing with DJ Zita. Admission to Opening Night is $10, with seating on a first-come, first-served basis. Food is provided by High Art Catering. Cash bar is available.