RAYMOND CARVER—So Much Water So Close To Home 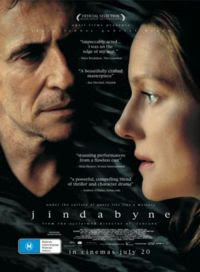 So much water so close to home, why did he have to go miles away to fish?

A while back, David Lowery came up with a term that I love and seem to keep using over and over—"substantiating connective tissue"—to describe what ties together literature and cinema (or—for that matter—any other artistic medium and cinema). For our immediate purposes, however, perhaps the term stuck with me because increasingly over the last year I've become interested in the writer's role in this complex business of making films. Not only, let's say, a novelist or a short story writer whose work has been picked up for adaptation; but the screenwriter's challenge in pursuing such an adaptation. Let alone writers like myself who approach film from either a critic's perspective or a commentarian's fascination. The written word and the cinematic image seem as intimately linked as a sibling relationship, whether one of rivalry or loyalty.

There are several essays I've been methodically shaping. The work of James Leo Herlihy in film. The work of Julio Cortazar. Soon, I hope, I can present those burnished musings on The Evening Class. For now, I was reminded of my "substantiating connective tissue" projects by correspondence I received from Russell Perreault, Vice President and Director of Publicity for Vintage Books and Anchor Books, a division of the Knopf Group/Random House, Inc. In what I consider one of the most creative and imaginative publicity campaigns in recent memory, Perreault forwarded a copy of "So Much Water So Close To Home", the short story by Raymond Carver that serves as the basis of the Sony Pictures Classics adaptation Jindabyne, opening later this month. It felt refreshing to start at the beginning, to read this deeply evocative story and to imagine how it caught the attention of filmmakers and how they will amplify Carver's tale into a full length feature. Further, it was a unique reading because—knowing beforehand Laura Linney would be in the film—I kept seeing her face and hearing her voice while reading the story. It made for a rich, imaginative read and I'm looking all the more forward to watching Jindabyne at a press screening next week. I commend Perreault for reminding of the source material.

Along with Carver's story, Perreault advised of other Vintage and Anchor books that are being adapted into movies in the coming year and I thought it would be of interest to replicate those here, with the encouraging subtext that this is coming from only one publishing house. 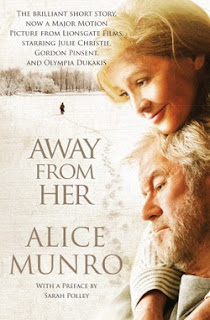 Away From Her (Lionsgate). Based on the Alice Munro short story, "The Bear Came Over the Mountain." Directed by Sarahi Polley; starring Julie Christie, Michael Murphy, Gordon Pinsent, and Olympia Dukakis.

The Hottest State (ThinkFilm). Based on the book by Ethan Hawke and directed by him. Starring Mark Webber, Jesse Harris, Laura Linney, Ethan Hawke and Michelle Williams. 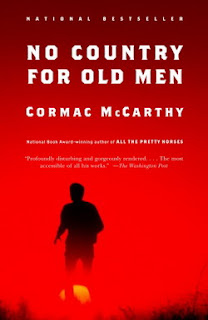 Into the Wild (Paramount Vantage). Based on the book by Jon Krakauer. Sean Penn directed. Produced by Art Linson and Bill Pohlad (Brokeback Mountain). Oscar winners William Hurt and Marcia Gay Harden; and Emile Hirsch (The Lords of Dogtown), and Catherine Keener star. 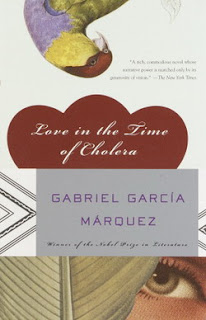 I feel like the concept of adapting films from literature has been rediscovered after reading this post.

Jindabyne opened in Australia several months ago. I look forward to your thoughts on it.

Evening: Cunningham might be a novelist of great talent, but his first screen-writing attempt (an adaptation of his own novel, "A Home at the End of the World") was disjointed and weak. We'll see if he does better this time. Based on the trailer, the film departs from the novel quite significantly (dare I say, melodramatically?), but I cannot decide yet whether that is good or bad.

Some other adaptations that come to mind:

Too many books to read, not enough time...

Thanks for your comment, Peter. As a fine writer yourself, you must have been as heartened as I was learning this information.

Diana, thanks for weighing in from down under, and especially for supplementing the list of projects with yet more intriguing titles. Cormac McCarthy's having a good year, eh?

Given how I had never actually heard of McCarthy before last year - and only came to read about "The Road" through a science fiction zine, of all things - I would definitely say that he's having a good year, even without the Pulitzer and the mixed blessing of being Oprah's pick. American and Canadian contemporary literature on the whole seem to carry less weight down under, compared to British titles, and it can can sometimes be quite difficult to track down copies of books. I am, for instance, having a devil of a time trying to track down a copy of "Emotional Arithmetic", which is by a Canadian author.

Incidentally, referring back to David's Drifting piece, I note that he mentioned the adaptation of No Country For Old Men. It also looks like Blood Meridian is finally being adapted as well.

Did you ever write that Herlihy in film essay? I would love to read it. I have not been able to view the film made from Blue Denim yet, though I understand they butchered the ending. I am working on a dissertation on Herlihy presently. I see that you are based in San Francisco--I am giving a talk comparing Herlihy's and James Purdy's work in SF at the American Literature Association conference at the James Purdy Society panel on Sat May 24 at 12:30, Hyatt Regency at Embarcadero, room Seacrest C.