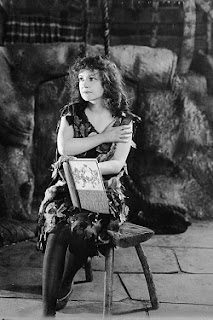 Walt Disney was a 15-year-old newsboy when he attended a free event at the Kansas City Convention Center in 1917 to see Miss Marguerite Clark on screen in a live-action rendition of a German fairy tale, Snow White. It was one of the first features he'd ever seen and he was hooked. "I thought it was the perfect story," Disney later explained. "It had the sympathetic dwarfs … the heavy … the prince and the girl. The romance … the perfect story."

As part of the Walt Disney Family Museum's celebration of Disney's Snow White and the Seven Dwarves (1937), and co-presented by the National Film Preservation Foundation, the San Francisco Silent Film Festival proudly presented Disney's original inspiration. Directed by J. Searle Dawley with Marguerite Clark in the lead role, the film was thought lost until materials were discovered in the Netherlands, and a print was preserved at George Eastman House. While the National Film Preservation Foundation's boxed DVD set "Treasures From American Film Archives" features the Dawley silent, that box set has since gone out of print. There was no question among the early morning audience at Silent Winter 2013 that watching the film in the Castro Theatre with live musical accompaniment provided by Donald Sosin on the grand piano was going to be a memorable launch to a day of silent cinema. 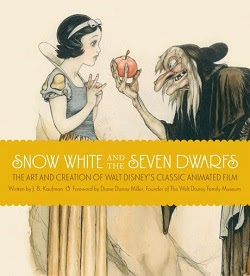 Film historian J.B. Kaufman, author of two volumes on Walt Disney—including the recently-published companion volume to the 75-year memorial Snow White exhibit at the Walt Disney Museum—likewise penned the essay for Silent Winter's exquisite souvenir program and took to the Castro stage to introduce the film. Also in the souvenir program is a lovely career profile of Marguerite Clark written by Aimee Pavy.

For those who had never seen Dawley's Snow White, Kaufman promised they were in for a treat. Admitting he could talk about this Famous Players production all day—"I've been asked very nicely not to do that"—he instead suggested that there were two ways to watch the film: as a Disney fan, or as a movie fan. Claiming membership in both groups—and presuming many in the audience could likewise claim membership in both groups—Kaufman said they would experience a double benefit watching the film. 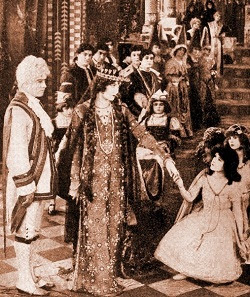 "Watching it as a Disney fan," he explained, "your experience may be the same as mine, in that I grew up hearing how Walt had seen this film as a kid and had been inspired by it to make his own film. The first time I saw it, I was seeing it with that in mind and my first reaction was, 'Where's the connection?' This film is nothing like the Disney film Snow White and the Seven Dwarves. Snow White herself doesn't act or look anything like the Disney Snow White. The Queen and the Witch are still two different characters and there are any number of extraneous characters and scenes that really have nothing to do either with the Brothers Grimm or the Disney film. But then, my experience was that—as you continue to watch it and play close attention—you start to see little things, not so much the big things, but details; details of thematic material or visual cues."

By way of example, for those familiar with the Disney film, Kaufman culled out the scene where Snow White arrives at the Dwarves' cottage and is seen looking in through the window, and encouraged his audience to keep their "eyes peeled" when Snow White arrives at the cottage in this film. Also, the scene where Grumpy refuses to wash his hands and the other dwarves dunk him in a tub and wash him? That's another scene to keep in mind while watching the silent version. "So in little ways," Kaufman suggested, "we can see how the bare outlines of ideas may have impressed themselves on a 15-year-old Walt Disney and we get an idea of how his creative process works and how that seed was planted and later on he made something really unique, special and original out of that. So there is a connection, if you look closely enough." 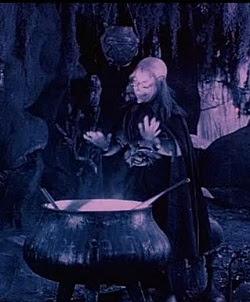 For those watching Dawley's Snow White as movie fans, Kaufman confirmed that—in that connection—it helped to know that the film was based on a play staged in 1912, wherein Marguerite Clark also played the role of Snow White, which explains how she secured the role in the film. Dawley took some of the ideas that had been developed in the play and used them to greater freedom through the fledgling medium of film. They were able to use beloved properties of cinema to expand the story. For example, Winthrop Ames—the playwright who wrote the 1912 play—introduced the character of the brown bird as an ally that guides Snow White into the forest and comes to her aid in other ways. On the stage, this brown bird was a stuffed bird on a wire waved around in front of the scenery. With film, they were able to use a somewhat trained bird and thereby cobble together a "performance."

Of further interest are the forest exteriors for Dawley's Snow White, which were filmed outside Savannah, Georgia. Kaufman noted that fans of the Brothers Grimm tale or even the Disney animation might consider it odd to see Snow White wandering through a forest draped with Spanish moss, but conceded it was a picturesque touch. For silent movie fans familiar with the career of Creighton Hale, Snow White affords the opportunity to see him in one of his early roles as Prince Florimond. His career went on to become quite varied. The same with actress Dorothy Cumming who plays the Queen in Snow White but who most fans might recognize from her later performance in Victor Sjöström's The Wind (1928). And, of course, Marguerite Clarke excels in the role of Snow White. Her's is a career nearly forgotten by audiences as the negatives of all her Paramount films were destroyed in a vault fire.
Posted by Michael Guillen at 2/22/2013 03:57:00 PM