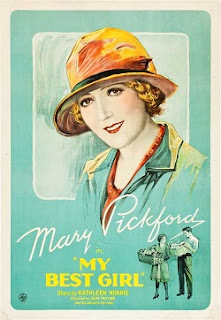 As Thomas Gladysz has written for the San Francisco Silent Film Festival: "My Best Girl (1927) was Mary Pickford's last silent film. Although she would make four more sound films and win an Oscar®, My Best Girl is the pinnacle of her career, an engaging comedy and an exemplary illustration of what made Pickford the most loved and most popular movie star in the world. Some even consider it their favorite Pickford film. Directed by Sam Taylor (famous for his work with Harold Lloyd), My Best Girl is the story of a Five & Dime stock girl (Pickford) who falls for the store owner's son (Buddy Rogers), who's masquerading as a new employee. The boy's parents, of course, have other ideas about the kind of girl he should marry. Pickford and Rogers (in his first role after the hugely successful Wings) are wonderful together, and their onscreen chemistry is more than apparent. In fact, in ten years time Pickford would divorce Douglas Fairbanks and marry Rogers in a sort of storybook Hollywood romance. Also in the cast of My Best Girl are Lucien Littlefield and Carmelita Geraghty."

Notably, the print shown at Silent Winter contained more footage than the DVD version. Approximately 90 minutes, with an introduction by silent film historian Jeffrey Vance and live musical accompaniment by Donald Sosin on grand piano. I was particularly struck by the contemporary tenor of Pickford's performance. 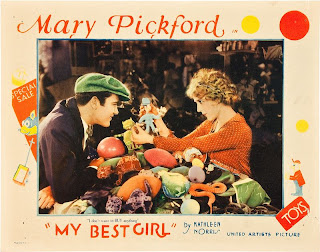 Returning to the Castro stage after his introduction to The Thief of Bagdad (1924), Jeffrey Vance reiterated that Hollywood's first superstars were, of course, Charlie Chaplin, Douglas Fairbanks and Mary Pickford. Having published books on Chaplin and Fairbanks, Vance is currently following through with a volume on Pickford. Many years ago he worked as the archivist for United Artists, the company founded by Chaplin, Fairbanks and Pickford. He has also worked as archivist for the Chaplin family and is now working with the Mary Pickford Foundation. So he has spent a good portion of his life researching or working for at some point or the other these three cinema giants, but has never tired of celebrating their legacies or looking at their films. He considers them "the best of the best." 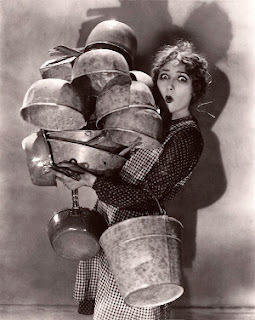 My Best Girl was Mary Pickford's first foray into contemporary characterization and material. It was one of her best films and audiences can still identify with this particular Pickford character, Maggie Johnson, the stock girl at the five and ten cents store. Audience identification was an important part of Pickford's preeminence. She was a superb actress and played a 17-year-old in My Best Girl when she herself was 35 years of age. Beyond Pickford's Maggie, the other characters are superbly drawn with specific character details. Further, the sense of place is fully captured and the love that is depicted within this romantic comedy is enchanting and also quite genuine. The leading man was to become Pickford's future husband: the 23-year-old Charles "Buddy" Rogers.

My Best Girl wasn't a super production like so many of Pickford's films from the 1920s but it's nonetheless a polished film. It was the last Pickford film shot in its entirety by Charles Rosher, her superb cinematographer. Rosher had just finished F.W. Murnau's Sunrise (1927) and he gave My Best Girl the same care and attention. He even developed a special lens for Pickford's close-ups. "Note, if you will," Vance pointed out, "the opening track shot from the store cash register as five and ten cent sales ring up into a lovely department store merchandise montage."

Emphasizing that My Best Girl was no ordinary romantic comedy, Vance noted that Pickford was one of the great leaders of American film and her productions were always first-class in every respect. She financed her films and was in complete control of them. She watched the dailies with the director, the cinematographer, the editor and the whole crew and then explain all her expectations for the next day's work. They would revise and refine based upon her directives. She was known as "retake" Mary Pickford. 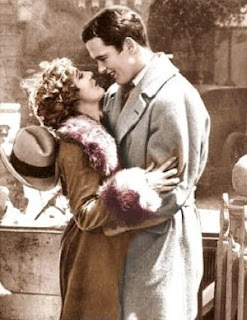 Beyond the polish, beyond the charm, what makes My Best Girl so special is that it captures the miracle of two people falling in love with each other as their characters do. Pickford and Buddy Rogers fell in love while making this film and you can actually see it on screen. It's so hard to capture something on a cold piece of celluloid but falling in love is beautifully immortalized in My Best Girl.

Vance admitted that he came to My Best Girl with special feelings. His interest in silent cinema began with Chaplin, but his first fan letter, his first interaction with a silent film star, was with Mary Pickford. He was eight years old and the books he read indicated that Pickford lived at a famous house named Pickfair, where people used to write to Pickford by simply addressing the envelopes to Pickfair, Beverly Hills, California. So Vance wrote Pickford and received a sweet encouraging letter typed by Pickford's secretary but signed by her and including an autographed picture of her and Buddy Rogers. Pickford died about six months after Vance received her letter, which for him says a lot about her: that she would take the trouble to respond to a child's letter, thereby giving that child such encouragement that it took him on a journey that brought him to working with her foundation and standing on the Castro stage 35 years later introducing this film. 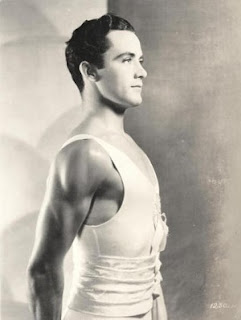 Vance knew Buddy Rogers quite well during the last six or seven years of his life. He described Rogers as a charming man with an outsized personality who came to acting as the result of a national search by Paramount Pictures for young talent. Paramount chose 10 young men and 10 young women to study acting. Upon completion of the Paramount Pictures acting school, Rogers was featured in their graduation picture, a 1926 film called Fascinating Youth. This led to other films, including the great silent aviation epic and the first Best Picture Academy Award® winner Wings (1927). Yet even more than Wings, My Best Girl "made" Buddy Rogers. He became known as "America's Boyfriend."

Vance had the opportunity to watch My Best Girl while seated next to Rogers. His valet Wilson was on Rogers's right and Vance was on his left; they were like his bodyguards. In this manner, Rogers watched half a dozen Pickford films at a silent movie theater around 1995. Before each film started he would always give a speech, basically the same introduction to all the films, and he always knew just what to say, how to get a laugh, how to provoke a tear, and how to end his introduction quickly. Pickford had been dead for over 15 years and Rogers had by this time re-married, but he acted like he was still the widower deep in grieving. His film introductions always ended with him looking upward with a tear coming down from his left eye.

While watching My Best Girl with Rogers, Vance remembered him nudging him about 15 minutes into the film and pointing out a young blonde woman holding onto his arm as they're coming out of the employee exit where Pickford's character was waiting for Buddy. The woman holding onto Rogers's arm was Carole Lombard in one of her earliest film appearances. "So look for her," Vance encouraged, "that's what Buddy would tell you, 'Look for her.' " 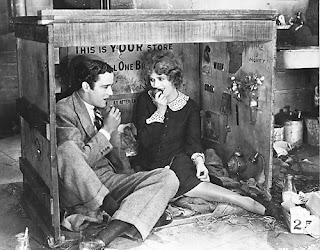 The most famous scene in My Best Girl finds Pickford and Rogers sitting in a large wooden packing crate. As Vance watched the film with Rogers, Rogers didn't whisper just to him or his valet Wilson but yelled out to the entire audience, "My first kiss with Mary!" It was, indeed, in that packing crate that Pickford and Rogers shared the first of many kisses. Vance observed that towards the end of the film where Rogers watches Pickford pretending she's a golddigger, Rogers had a tear in the picture streaming from his left eye, just as in all the introductions Vance had seen Rogers give before the Pickford films as the grieving widower. Well familiar with him by that point, Vance asked Rogers, "Buddy, in the last emotional scene you had a tear coming out of your left eye just like in your introductions!" and Rogers looked at Vance with a twinkle in his eye and said, "The Paramount School of Acting!"

Buddy Rogers might be remembered as the man who succeeded Douglas Fairbanks as the husband to Mary Pickford. They married in 1937, 10 years after making My Best Girl, and their marriage lasted 42 years until her death. It was a tumultuous marriage to be sure but it worked. He helped administer her foundation after her death, which continues its important work to this day.
Posted by Michael Guillen at 2/23/2013 03:48:00 PM