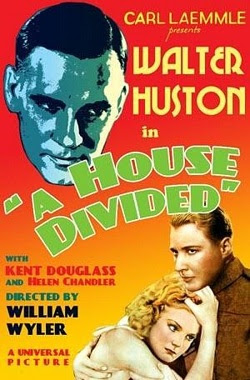 "Time travel is our specialty here at Noir City," Bill Arney—the "Voice of Noir City"—announced to his murmuring Monday night audience. "We usually set the dial on the Way Back Machine to take us 50-60 years back. Well, it looks like the boss fell asleep at the switch. Tonight we zip right back past post-WWII and smack into the Prohibition Era."

Taking to the Castro stage, Eddie Muller explained, "It's Monday night. This is where we generally take a big, deep breath after the pandemonium of those first three nights. I figure a lot of people need a little break, but then I know there's the hard core and so we try to program something special for the diehard movie lovers in the crowd. So, yes, back to the Prohibition Era." Muller acknowledged beverage sponsor Speakeasy Ales who were serving Big Daddy up in the mezzanine. "Where else for $10 are you going to get three pre-code movies and free beer?" He admitted he liked "a good, intelligent, lubricated audience."

Before introducing the films, Muller revealed that he'd had a very emotional afternoon putting Peggy Cummins on the plane back to England. Cummins had the time of her life at her on-stage tribute at Noir City; but, as testament to the magic that happens in the Castro Theatre, Cummins came back on Saturday to watch Night of the Demon and on Sunday to watch Sunset Blvd. She was literally in tears when she had to leave San Francisco; but, before leaving, signed one of the limited edition Gun Crazy posters for Muller, which—when he finally looked at it later—read: "Eddie, I will be back!"

Having checked with the projection booth, Muller was pleased to announce that all three pre-code films on the program were graded excellent and uncut prints and that his Noir City audience would be watching the best possible versions of these films in existence. That afforded a shout-out to Bob O'Neil, Dave Oakden, Paul Ginsburg and Mike Feinberg of Universal Pictures who take great care of their film library. "We did not have to go searching and scouring to resurrect these films, they had them in the library and they were available to us." 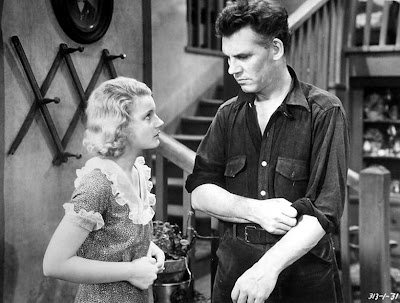 The program started out with William Wyler's A House Divided (1931) starring Walter Huston in a physically challenging role that might have been better suited for Lon Chaney. Fans of Dracula would recognize Helen Chandler in the female lead. All three of the evening's films, including A House Divided, were created under the auspices of Carl Laemmle, Jr., production head at Universal Pictures, who was often reviled in some circles because he was seen as the epitome of Hollywood nepotism. His father had created Universal Pictures and positioned his son as the head of production in the late 1920s-early 1930s. By 1936, Carl Laemmle, Jr. had ruined the studio, overspending on a slate of films that did not recover costs at the box office. Of course, Carl Laemmle, Jr. is also the man responsible for all the fantastic Universal horror films (Dracula, The Mummy, The Invisible Man, The Black Cat), which remains his signature in film history; but, Noir City has taken a liking to showing Laemmle's rarely-shown pre-code films. As an early example of William Wyler's work, A House Divided shows that Wyler was already head and shoulders above a lot of other filmmakers in Hollywood at this time and reveals—as Muller cited in the souvenir program—"a command of cinematic language that was, for the time, far ahead of his studio peers", including a stunning and "brilliantly realized" sea storm climax. 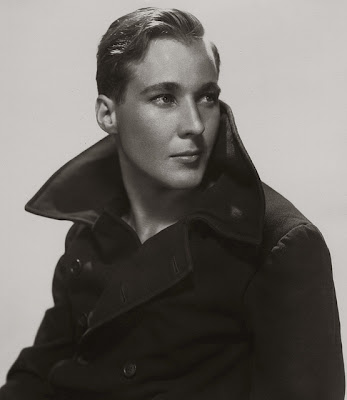 That tempest at sea gave a lithe Douglass Montgomery (billed as Kent Douglass) the opportunity to rip off his shirt and brave the elements, thereby signifying his shift from boyhood into manhood. Described at IMDb as a "strapping young man with chiseled, handsome looks and a naive, innocent demeanor", Montgomery delivers a heartfelt turn as the son of an abusive fisherman who falls in love with his father's mail-order bride. A House Divided further amused me for featuring a drunken Huston dancing a jig that shows up decades later in Treasure of the Sierra Madre.

The Kiss Before the Mirror (1933), directed by James Whale, was one of Whale's films from the '30s that had allegedly gone missing; a proto-noir courtroom drama starring Frank Morgan (the Wizard himself in a loose-fitting role) and Gloria Stuart, who likewise appears in the evening's third selection Laughter In Hell (1933), and familiar to modern audiences from her "Heart of the Ocean" turn in James Cameron's Titanic (1997). The Kiss Before the Mirror was notorious for its nude scene and—when the Production Code went into effect—they basically put this film on the shelf never to be seen again. A mere three years later, James Whale directed a remake of his own film that was cleaned up and not quite the film screening at Noir City. One of the amusements of the Way Back Machine is catching actors early in their careers. As Gloria Stuart's handsome young lover, Walter Pidgeon is nearly unrecognizable with his shocking dark hair. 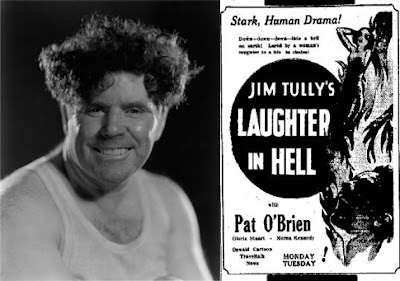 Finally, the bonus feature for the evening was Laughter In Hell, long thought to be completely lost, and based on the novel by cult favorite Jim Tully, who is often considered to be the father of hard-boiled writing. Tully is quite the saga, an Irish-American from Ohio, vagabond, boxer, the prototype of the hobo-intellectual who ended up moving to Hollywood early on where he fast became an enemy to many people for writing colorful essays about life in Hollywood that spared no one. Laughter in Hell was Tully's big prison book. Tully's biographers in a book that was published last year [Jim Tully: American Writer, Irish Rover, Hollywood Brawler by Paul Bauer and Mark Dawidziak] described Laughter in Hell as a completely lost film. Muller grinned, "They should have called me. Universal had this movie and the only reason it was considered lost was because, I guess, [Bauer and Dawidziak] didn't know the phone number of the archive at Universal."
Posted by Michael Guillen at 2/05/2013 12:09:00 PM