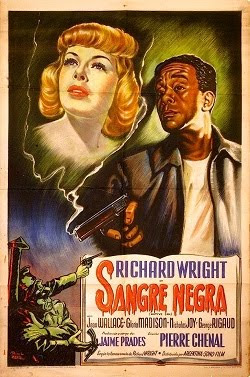 Richard Wright's Native Son, published in 1940, was a runaway bestseller and a landmark of American literature. In the early 1940s, Orson Welles and John Houseman staged a theatrical production starring Canada Lee that received tremendous reviews. "Obviously," Muller stated, "when anything is that successful, Hollywood is interested. But if you think that Hollywood was going to touch this novel in the 1940s, there would be no way. Richard Wright knew that—if it ever got to the screen Hollywood-style—it was going to be completely eviscerated and never emerge on screen as the book he had written. So he really thought there was no hope of this ever reaching the screen. But, in fact, Richard Wright was a huge movie fan, loved cinema, and like all authors harbored the hope that somehow, some way, his book would eventually be turned into a film. 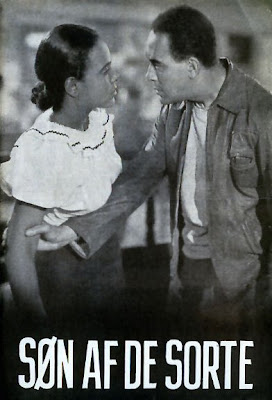 A producer in Argentina named Jaime Prades saw the theatrical production of Native Son and decided that he wanted to produce it so he and a French film director named Pierre Chenal—who was no stranger to noir; he had directed an adaptation of Crime and Punishment as well as some really terrific noir films in France—decided they would team up to bring Native Son to the screen. It couldn't even be shot in the United States of America, so they decided to shoot it in Buenos Aires to substitute in for Chicago, where the novel is set. They did come to the United States at one point and shot illegally in Chicago to get second unit shots, inserts, and things like that; but, most of the film was shot in Buenos Aires. They wanted Canada Lee to play Bigger Thomas, the protagonist of the story, but—by that point—Lee was no longer really interested in playing the character. He was 47 years old and the character of Bigger Thomas in the book was 20, so he felt that he was too old to play the part. Of course, anybody with any common sense would know that the issue with Bigger Thomas was not his age, but the color of his skin. 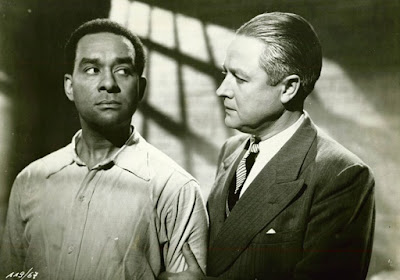 When it came down to it and Jaime Prades had gotten all the money together—a combination of European and South American financing—they were ready to go and there was a deadline for how long they were going to have the budget but they had no lead actor. So Pierre Chenal turned to Richard Wright, who at that point was living in Paris, and said, "Why don't you play the role?" Richard Wright said, "That's ridiculous. I'm not an actor." Chenal countered, "But you wrote the book. It's not a question of acting. Just get in front of the camera and feel what you wrote." So he did. And he probably rued doing it because—when the film was done—everybody turned on the producers and on Richard Wright. 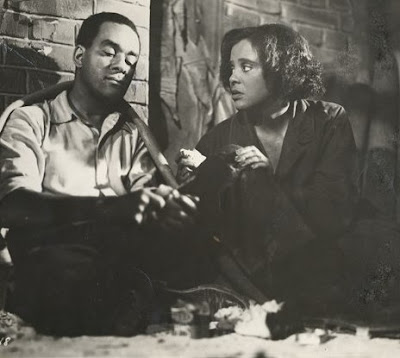 The promises of distribution in Europe evaporated because, of course, when they finished the film it was 104 minutes long. Though Native Son was a film that was never going to play in the South—it was only going to play in major metropolitan areas—they needed to get some money out of the United States, so it played with almost 24 minutes cut out of it. Richard Wright was heartbroken and crestfallen. Pierre Chenal was very disappointed. The whole production imploded and the critics were merciless about Richard Wright's performance. There were, in fact, racist overtones when these critics talked about his performance in the film. 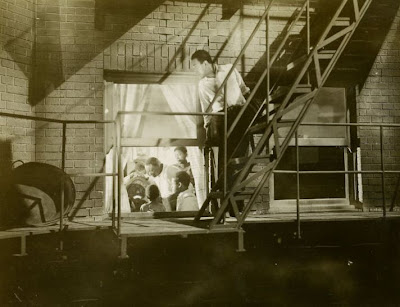 But though Native Son has had a traumatic history, fast forward to a year ago when Muller was in Washington, D.C. doing a version of Noir City, and met a wonderful man named Edgardo Krebs, an Argentinian anthropologist. Krebs approached Muller and offered to show him the complete Argentine version of Native Son that no one had ever really seen in this country. He arranged a screening at the AFI Theater in Washington, D.C. The experience proved bizarre. The only other person watching the film sat right next to Muller (who had no idea who he was); but, he was somehow connected to the making of the film. Muller later found out that he was Gonzalo Sánchez de Lozada, a two-time president of Bolivia who had worked on Native Son as the assistant director. It was such a multicultural production that de Lozada was the most qualified bilingual person Pierre Chenal could find and thereby became a very important contributor to the production of the film. 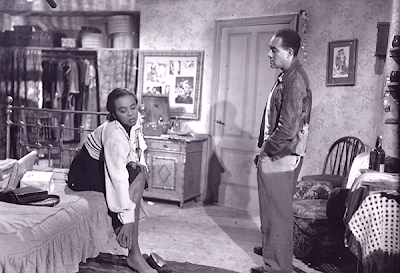 What Muller had been shown at the AFI Theater in Washington, D.C., of course, was the uncut version of Native Son. He was then asked, "Do you think this is film noir?" and he stated unequivocally, "This is an absolute and definitive example of film noir." Muller added that it also happened to be an adaptation of one of the great American literary works of the 20th century. "Never the two shall cross," he laughed, "except in this film tonight, as you are about to see. Obviously, Richard Wright's ambition far exceeded something of a genre piece or a crime thriller, but it fits the bill. Stripped down with the internalizations removed from the novel to put up on the screen, it plays like a film noir." 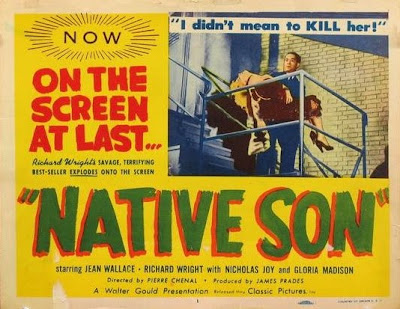 Muller added: "From the very beginning of my reign as the Czar of Noir, I have had very interested African American movie fans come up to me and say, 'Are there any examples of African American noir from the classic period?' and I've always had to say, 'Not that I know of.' I don't have to say that anymore because you are about to see it."

Muller dedicated the Noir City screening to Edgardo Krebs, the man who saw to it to singlehandedly resurrect the film. He stressed the specialness of the occasion by reminding his Noir City audience that—each of us would watch the film and judge for ourselves what we thought of Native Son as a piece of cinematic entertainment—but, judgment notwithstanding, he could assure us we would be watching an immensely significant cultural artifact.
Posted by Michael Guillen at 2/06/2013 09:49:00 PM

A DVD of Native Son is a must with a restored version now in existence.