In Noir City's glossy souvenir program, Eddie Muller synopsizes: "Nobel prize winner William Faulkner's 1948 novel is a high-minded piece of crime fiction, written as an atonement for the mistreatment of blacks in his native South. Proud African-American farmer Lucas Beauchamp (Juano Hernández, in a memorable portrayal) is a defiant Mississippi landowner accused of murdering a white man. When the county's most prominent lawyer (David Brian) refuses to defend him, it's left to a young boy (Claude Jarman, Jr.) to stand up to the vigilantes and help solve the crime. Clarence Brown strips away MGM's patented glossy patina in this gripping, streamlined retelling of Faulkner's rumination on American-style apartheid, magnificently filmed by cinematographer Robert Surtees on location in the novelist's Oxford, Mississippi, hometown. Critics raved—but audiences stayed away, leaving it for later generations to reevaluate the film's merit, as both cinematic and social history."

Introducing Intruder in the Dust (1949) as a labor of love for director Clarence Brown based on, arguably, one of America's greatest novelists, Muller added: "One of the things I love about Noir City and how marvelous this festival has become is that there are all kinds of wonderful surprises that happen along the way." He offered his audience one of them and welcomed to the stage the star of Intruder in the Dust: Claude Jarman, Jr., who—additionally among his credits—served a stint as Executive Director for the San Francisco Film Society. 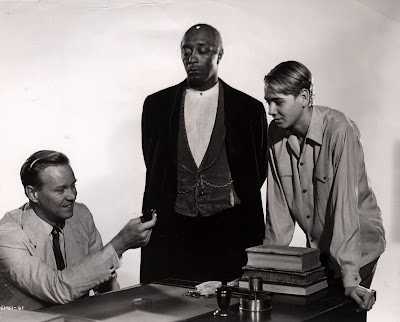 "I'm a great, great fan of film noir," Jarman addressed his audience, "and am honored that this film is part of this festival. It's a wonderful experience. I love coming back to this theater. When I was with the San Francisco Film Festival, we did a lot of films here and I have great memories of them.

"I thought I'd tell you just a few things about the film you're about to see, in case you don't know. The film was made in 1949. MGM was the studio. It was at the time when L.B. Mayer was very flush with Till the Clouds Roll By (1946) and all the musicals and the last thing he wanted to do was this film. It was really a labor of love for Clarence Brown who happened to direct The Yearling (1946), in which I was in. Clarence had witnessed a lynching in Atlanta as a young boy and—when he read Faulkner's story—he was determined to make this movie; but, L.B. Mayer was adamant that it was not going to be made. 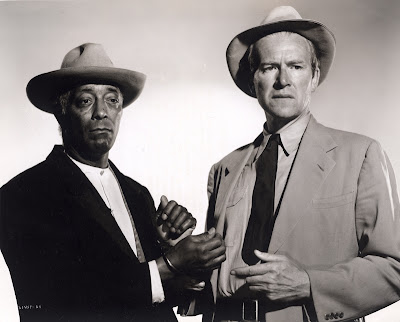 "Dore Schary, who was then the creative director at MGM, fought for the film along with Clarence and finally Mayer said, 'Okay, you can make the movie'; but, when it was made and ended—it got great reviews—but, MGM basically buried it. They did not promote it at all. It was not a film that they were proud of. I'm delighted that it had its legs and kept going on through this period.

"The film was shot entirely in Oxford, Mississippi. To show you the difference in what was going on in those days, Juano Hernández—who's the real star of the film—could not stay in the hotel with the rest of the cast. He had to stay across the tracks in the Black town. A lot of that has changed, obviously, for the good. In fact, the movie was so far ahead of its time that it was only two years later that they had a race riot when they admitted the first Afro-American in the University of Mississippi. 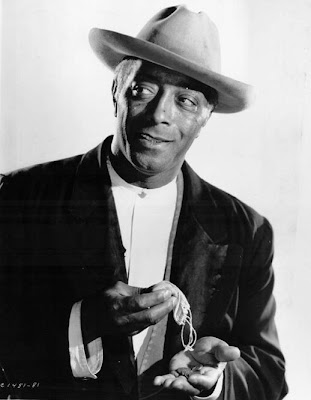 "My wife and I a few years ago went back to the 60th anniversary [of the film] in Oxford, Mississippi and a lot of the townspeople who had been in the film were still there. At any rate, William Faulkner was very involved, he was on the set every day. He would never venture to say anything unless someone asked him a question. It was a great experience. It's probably the film that I'm most proud of and I hope you enjoy it."

Muller then concluded the introduction by admitting that Intruder in the Dust could be considered to be extending the boundaries of "noir" a bit; but, more importantly, Noir City wanted to show two powerful and significant literary works that just happen to have a noir spine to them. He also wanted to recognize Juano Hernández as a great treasure and that his performance as Lucas Beauchamp might just be his greatest performance.
Posted by Michael Guillen at 2/07/2013 11:01:00 AM

Many thanks for this post. I was wondering if the film might be considered noir. I like the idea of a "noir spine" to it. Would also make a powerful double bill with No Way Out.