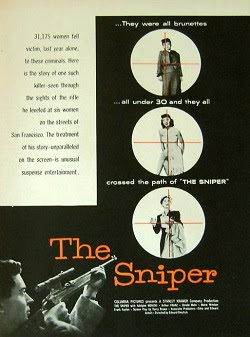 Introducing the first of two "San Francisco Noir" films, Eddie Muller recalled that Noir City screened The Sniper (1952) at their first festival back in 2003, but was delighted to bring this interesting film back for another round. The writing team of Edna and Edward Anhalt did a lot of research. "Believe it or not," Muller stressed, "In 1952 when this film was made there was not a serial killer movie coming out every single week. This was sort of the groundbreaker, right? It actually plays interestingly on a double-bill with a later film shot in San Francisco: Dirty Harry (1971). Those of you who are familiar with that movie can see the parallels between the two. Of course, in 1952 a great deal of time is paid to the official manhunt that tracks down the sniper, whereas—by the time 1971 rolled around—the cop had to actually throw away his badge and go out as a vigilante to track the guy down. That says something." 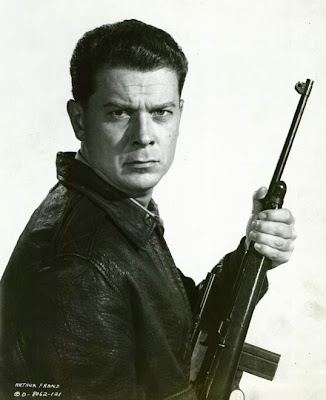 A terrific movie bolstered by the research endeavored by the Anhalts who studied the psychology of serial killers, Muller mentioned that those in the audience who saw Try and Get Me! and endured the character of Dr. Vito Simone (Renzo Cesana)—"the know-it-all Italian physicist who told us exactly what was necessary for mankind to exist in harmony"—finds a student in Richard Kiley who performs an equally know-it-all function in The Sniper.

One of the fascinating aspects of The Sniper is that it was directed by Edward Dmytryk, one of the Hollywood Ten. The film was made after he had recanted and offered up names to the House Un-American Activities Committee so he could regain his Hollywood career. Hearing some hissing in the audience, Muller asserted, "Everyone was a victim, trust me." Dmytryk signed on with Stanley Kramer to direct The Sniper, the second movie he'd made after being reinstated, as it were, in the industry. 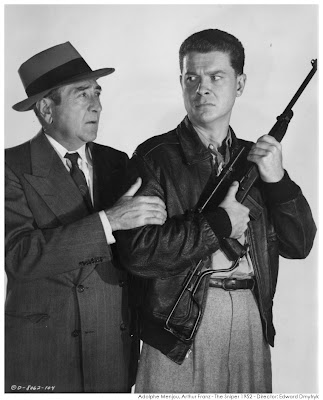 Muller wished he could have been a fly on the wall during The Sniper's location shoot "because the man who played—that's right—Lt. Kafka, Adolphe Menjou, was one of the great red baiters in Hollywood; in fact, he was insufferable. To imagine he and Dmytryk on the same set together," Muller fantasized, "Oh my God! I would have loved to have heard what some of those conversations were like."

The sniper is played by a wonderful actor, Arthur Franz, who within the movie plays a character named Eddie Miller. After deadpanning his baited laughter, Muller quipped, "Say no more!" The Sniper likewise features one of Muller's favorite dark city dames, the fabulous Marie Windsor. 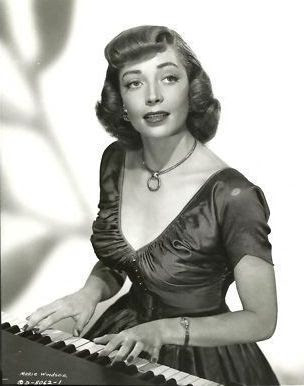 Because The Sniper includes fantastic location shooting in San Francisco, as a special treat to his San Francisco Noir audience Muller offered a clip reel concocted by Brian Hollins—administrator of ReelSF.com—which shows all the San Francisco locations used in The Sniper, first as they originally appear in the film, followed by video of how they appear today.

"With that," Muller concluded, "let's all curl up and get snuggly and close for the first serial killer movie shot in San Francisco."
Posted by Michael Guillen at 2/07/2013 03:57:00 PM