With his thorough insight, Evening Class contributing writer Michael Hawley reviews the lineup for this year's San Francisco International Asian American Film Festival ("SFIAAFF"). Along with Brian Darr's own anticipations over at Hell on Frisco Bay, local audiences should be primed for choice.

* * *
For its 26th edition, SFIAAFF considered eliminating the "International" part of its unwieldy name—that is, until it became clear that this year's festival would be more "international" in scope than ever. At the press conference announcing the line-up, Festival Director Chi-hui Yang and Assistant Director Taro Goto stressed the current interconnectivity between Asian and Asian-American film communities. More Asian-American actors are seeking recognition outside the U.S. (such as Bay Area native/current Hong Kong superstar Daniel Wu), and more Asian-American independent films are securing financing from outside the U.S. (such as the South Korean-financed Never Forever). So for now, the full SFIAAFF acronym remains intact (and is now officially being pronounced "sfee-aahf" by festival staff). Here's a quick look at some of the programs that have me quite excited about this year's event, which takes place throughout the Bay Area from March 13 to 23. 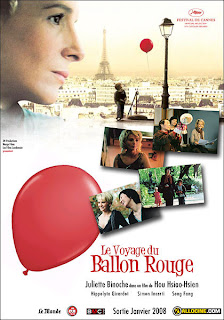 The International Showcase has always been my favorite part of the festival, and it appears this year will be no exception. Of the 15 films selected for that section, nine are by directors whose work has been shown at previous SFIAAFFs. Perched at the top of my list is Hou Hsiao-hsien's Paris-set, Juliette Binoche-starring Flight of the Red Balloon, followed in short order by A Gentle Breeze in the Village (Nobuhiro Yamashita's follow-up to the ebullient Linda, Linda, Linda), Desert Dream (the latest from Grain in Ear director Zhang Lu) and The Unseeable (a ghost story from Wisit Sasanatieng, the visionary Thai director who gave us Tears of the Black Tiger and Citizen Dog). 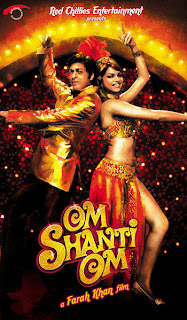 Every year the festival screens a recent Bollywood movie at the Castro, and this year's selection is Om Shanti Om, a spoof/valentine to the Hindi extravaganzas of the 1970s, starring international demigod Shahrukh Khan. According to Taro Goto, the festival received numerous complaints when they dared to show Bollywood films that did not star Mr. Khan in 2006 and 2007, and have therefore rectified that grievous misstep. Another musical film in this year's International Showcase is Royston Tan's 881. SFIAAFF introduced Tan's work to Bay Area audiences in 2003 with his stunning short 15, and screened the feature-length version of that film a year later. (For whatever reason, the festival passed on Tan's 2006 film, 4:30). 881 is a vibrant, campy tribute to the world of Getai, and was Singapore's Oscar submission for 2007. I caught the film at Palm Springs and will write more about it in a forthcoming SFIAAFF08 preview. 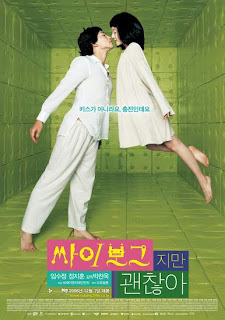 There are several other International Showcase films I'm anticipating as well. I'm a Cyborg, But That's OK is Korean director Park Chan-wook's first feature since the completion of his "revenge trilogy" that included Old Boy, Sympathy for Mr. Vengeance and Sympathy for Lady Vengeance. The film has garnered very mixed reviews since its Berlin 2007 debut, but I'm grateful SFIAFF is giving me the opportunity to judge for myself. Buddha Collapsed Out of Shame looks at the lives of children living in Bamian, Afghanistan (where the Taliban blew up the giant Buddha statues in 2001), and is the directorial debut of Hana Makhmalbaf, the newest member of the prolific Iranian Makhmalbaf filmmaking dynasty. The film was written by mother Marzieh (a director in her own right) and produced by brother Maysam, but sister Samira and father Moshen (both directors) were apparently too busy with their own projects to get into the act. I'm also curious about Blood Brothers (a Daniel Wu-starring gangster flick set in 1930s Shanghai), Three Days to Forever (by Indonesian director Riri Riza, whose Eliana, Eliana was one of the highlights of SFIAAFF03), and a pair of Filipino features, Slingshot and Foster Child (both set in the slums of Manila and directed by Brillante Mendoza). 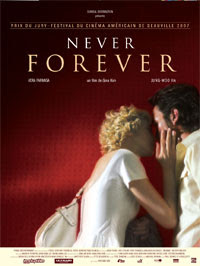 Looking closer to home, there are nine U.S. and Canadian features that will be contending for the festival's Narrative Competition prize this year (Amyn Kaderali's Kissing Cousins was a late entry and won't be found in the festival mini-guide or catalog). Highlights in this section include Ping Pong Playa, the feature directorial debut of Oscar-winning documentary filmmaker Jessica Yu (Breathing Lessons, In the Realms of the Unreal, Protagonist), Gina Kim's Never Forever, which stars Vera Farmiga as a woman who takes a bold path to motherhood when it's discovered that her Korean-American husband is sterile, and Richard Wong's Option 3, a San Francisco-set thriller from the director of Colma: The Musical. 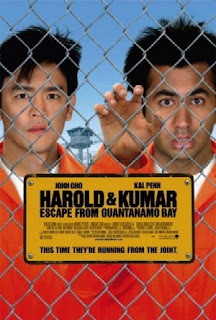 Speaking of which, Colma: The Musical gets the sing-along treatment in one of this year's Special Presentations. SFIAAFF hosted the world premiere of this local little-musical-that-could back in 2006. Buoyed by a rave review in the New York Times, the film went on to have a notable U.S. theatrical release, and this sing-along presentation is a way of celebrating that success. Another Special Presentation that should prove immensely popular is a sneak peak of Harold & Kumar Escape From Guantanamo Bay, which doesn't open in theaters until April 25. (Please note there's been a change in time and venue for this film since the mini-guide and catalog went to press). Harold & Kumar lead John Cho also stars in the festival's Centerpiece Presentation, West 32nd. Directed by Michael Kang (who won the festival's Narrative Competition in 2005 for The Motel), this is a contemporary film noir about a lawyer who becomes embroiled in the gangster underworld of New York City's Koreatown.

One of the films I'm most looking forward to is this year's Out of the Vaults screening of Denmei Suzuki's Whispering Sidewalks. This 1936 Japanese jazz musical stars Sacramento native Betty Inada as an American singer who comes to tour Japan. The film was recently restored and given English subtitles, in a collaboration between the National Film Center of Tokyo and our own Pacific Film Archive. Preceding the film, PFA curator Mona Nagai will speak on the film's preservation, and historian George Yoshida will give a presentation on Betty Inada (whose musical numbers in the film are said to include "Blue Moon" and "La Cucaracha"). 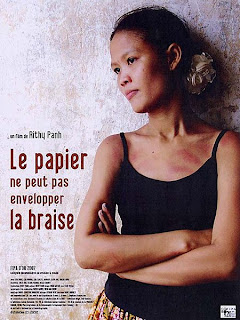 The life and career of Anna May Wong (who starred in last year's Out of the Vaults presentation of Pavement Butterfly and received a SFIAAFF tribute in 2004) is the subject of Anna May Wong: Frosted Yellow Willows, one of a dozen feature documentaries being shown in the festival's Documentary Competition and Documentary Showcase sections. The film is being paired with Long Story Short, in which director Christine Choy (Who Killed Vincent Chin?) and actress Jodi Long tell the story of Long's parents, '40s and '50s nightclub act, The Leungs. There are also three documentaries which examine aspects of Japan's role in WWII and its aftermath: Anthony Gilmore's Behind Forgotten Eyes, which looks at the "comfort women" forced to serve Japanese soldiers as prostitutes, Wings of Defeat, Risa Morimoto's film about kamikaze pilots, and Li Yang's Yasukuni, which examines the controversial shrine honoring Japan's war dead and consequently, the country's militaristic past. Other documentaries in this year's festival focus on such far-ranging subjects as fortune cookies (The Killing of a Chinese Cookie), the 2004 tsunami (Serambi), Cambodian prostitutes (Paper Can Not Wrap Up Embers) and breakdancing (Planet B-Boy).

This year's opening night film is Wayne Wang's A Thousand Years of Good Prayers, which represents the director's return to Asian American storytelling after an eclectic 15 years spent directing everything from Hollywood star vehicles (Maid in Manhattan, Last Holiday, Anywhere But Here) to a wide assortment of American indies (Smoke, Blue in the Face, The Center of the World). The festival will also honor Wang with a Spotlight Series that will include screenings of 1993's The Joy Luck Club, 1989's brash and erratic Life is Cheap…but Toilet Paper is Expensive, and 2007's The Princess of Nebraska, which was originally conceived as a companion piece to A Thousand Years of Good Prayers. An Afternoon with Wayne Wang will find the director hosting a selection of clips and being interviewed onstage by New York Times/ex-Village Voice film critic Dennis Lim. 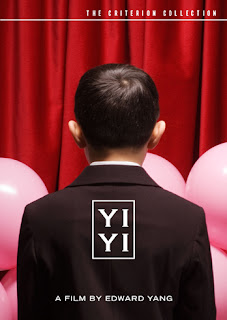 Rounding out this year's festival is a Tribute to Edward Yang and nine Shorts Programs. Acclaimed Taiwanese director Yang died last year at the age of 59, and the festival is screening three of his works—1986's The Terrorizer, his 1991 masterpiece A Brighter Summer Day (the original four-hour version) and the film for which he is probably best known, YiYi: A One and a Two, which earned Yang a Best Director prize at the 2000 Cannes Film Festival. Finally, this year's Closing Night film is Tony Ayres' The Home Song Stories, which was Australia's submission for the 2007 Best Foreign Language Film Oscar and stars Bay Area favorite Joan Chen.
Posted by Michael Guillen at 2/18/2008 09:29:00 PM

Michael, this is an excellent preview, much less navel-gazing than my own. You cover every section thoroughly (except the short films, which reminds me: Salim Baba is worth going out of one's way for) and have gotten me even more excited about films I was already excited about.

Let me join you in your anticipation of Buddha Collapsed Out of Shame, Whispering Sidewalks, and Ping Pong Playa, all of which I somehow neglected to mention in my own write-up.

I was just thinking: I've seen a lot of good movies at the Clay Theatre, but never any bona-fide masterpieces. But I have a feeling that's going to change once I see a Brighter Summer Day there. I'm extremely excited!

Thanks, Brian! I haven't seen A BRIGHTER SUMMER DAY since it screened at the SFIFF in '92, and unfortunately I have to work the night it's screening at the Clay (it's available on screener, but I'm resistant to watching it on a small screen). Incidentally, the Clay was the first SF movie theater I went to after moving here in late '75 (the film was Lina Wertmuller's SWEPT AWAY, which if I recall, played for months and months and months (which plenty of foreign films did, back in the day).

Unfortunately, SFIAAFF rescheduled the Harold & Kumar movie for the same time slot as WHISPERING SIDEWALKS, which of course is the one I'll be seeing, given that I'll have a million other opportunities to see H&K.