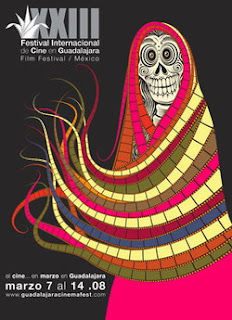 Sergio de la Mora is a San Francisco-based critic and curator. He is Assistant Professor of film, literature and popular culture at the University of California, Davis; the author of Cinemachismo: Masculinities and Sexuality in Mexican Film (University of Texas Press, 2006); and a contributing writer to The Evening Class. He graces us once again with his expertise as he anticipates the upcoming Guadalajara International Film Festival ("GIFF").

* * *
The XXIII Festival Internacional de Cine en Guadalajara (Guadalajara International Film Festival), Mexico's highest profile film event, runs March 7-14, 2008, in the fabulous Guadalajara, Mexico's second largest city, considered the cradle of Mexican traditions. And now a film capital. In the last few years, the festival has consolidated its importance. The number of film-related events have increased to gargantuan proportions (from a busy film market to numerous workshops, conferences and more). Jorge Sánchez, the festival's director, a veteran film producer (responsible for many of Arturo Ripstein and María Novaro's films), recently announced an exciting and dynamic program. Highlights include what promise to be among the strongest offerings of Mexican films in some time and a focus on Argentina. GIFF is the best place to see the newest Mexican films, although it caters to commercial cinema and independent work does not usually occupy a prominent space. 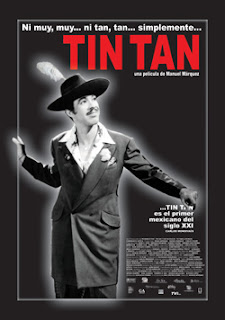 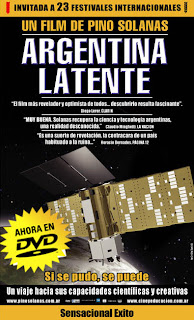 Argentina and Quebec are the two invited national cinemas highlighted this year. Three towering giants in Argentine cinema are being honored with tributes: Fernando Birri, father of the new Latin American Cinema; Fernando Solanas, co-author (with Octavio Getino) of both the most influential Latin American film theory, "Towards a Third Cinema" (1969) and of the monumental La hora de los hornos (The Hour of the Furnaces, 1968); and to producer Lita Stantic, responsible for spearheading among the most dynamic films of the new Argentine cinema. The six films by Birri include the classic social documentary Tire dié (Throw Me a Dime, 1958-60), the neo-realist popular film Los inundados (Flooded Out, 1961); and two of his latest: Za 05 (2006), a tribute to his teacher, neo-realist Italian scriptwriter Cesare Zavatini, and Elegía Friulana (Friuli Elegy, 2007). In addition to the incendiary and emblematic militant documentary La hora de los hornos, the tribute to Solanas includes Tango, el exhilio de Gardel (Tango: the Exile of Gardel, 1985), Sur (South, 1988), and his latest Argentina latente (Latent Argentina), the last installment of the documentary trilogy about the causes and effect of Argentina's most recent economic crisis and the popular resistance to the adoption of neoliberal policies that began with Memoria del saqueo (Social Genocide, 2004). Scheduled to represent Stantic's contributions are her rarely seen directorial debut Un muro de silencio (A Wall of Silence, 1993), Lucrecia Martel's La ciénaga (The Swamp, 2001) and Diego Lerner's Tan de repente (Suddenly, 2002). 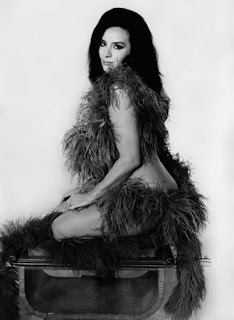 Rounding out this national focus is the section, "Joven e independiente—Cine argentino de la última década" (Young and Independent—Argentine Cinema from the Last Decade). Scheduled features include work by the now renown directors Lisandro Alonso, Adrián Caetano, Pablo Trapero, Albertina Carri, Daniel Burman, and Lucrecia Martel. Finally, there will be a selection of classic films in the section, "75 años de Sonofilms." Sonofilms is one of two studios responsible for the creation of a great majority of films that constitute the golden age of Argentine cinema in the 1930s and 40s, a period in which this studio popularized tangos around the globe.

Great report, Sergio. It sounds like there'll be a lot to look forward to at the Guadalajara film festival this year. I'm dying to see LAKE TAHOE, which I believe has its world premiere at the Berlin Film Festival, which starts tomorrow. Can Fernando Eimbcke possibly top DUCK SEASON?

I can't wait!, I wish I can stay for a couple days at the festival, Lake Tahoe seems to be the most anticipated movie... along with Rodrigo Pla's "Desierto Adentro" and "Rabioso Sol Rabioso Cielo" by Hernandez...

The Mexican offerings sound very strong, but I'm particularly envious of opportunities to delve into the filmographies of Solanas and Birri. I adored the latter's Los Inundados when it played at the SFIFF a few years back.