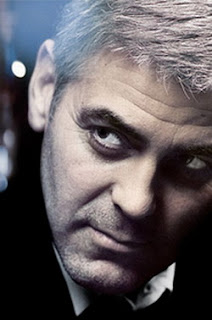 As Dave Hudson has prefaced at The Greencine Daily: "Tony Gilroy had been writing screenplays and watching directors turn them into movies for about a decade when he wrote Michael Clayton. For six years, the project simply would not get up off the ground. Then along came Jason Bourne. With the help of, among others, George Clooney, Sydney Pollack and Steven Soderbergh, he was finally able to get Michael Clayton made—and direct it himself.

"The film was well-received when it premiered at the Venice Film Festival and lauded in Toronto. But when it hit theaters . . . well, you may have missed it. Now's your chance. It's out on DVD this week, just in time for the Oscars. It's been nominated for seven of those, including Best Picture. And Gilroy's been nominated for Best Director and Best Screenplay."

My interview with Tony Gilroy is up at Greencine's main site.