RUINS / F IS FOR PHONY—"Staging the Real" With Jesse Lerner 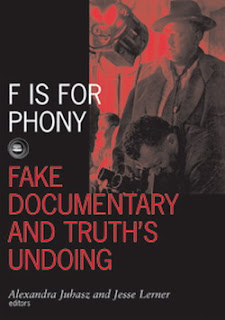 I met Jesse Lerner a little under two years ago when he guest-curated a program on La Raza for Stephen Parr's Oddball Cinema. We exchanged addresses and, shortly thereafter, Jesse generously forwarded me copies of his films Natives (1991), Frontierland (1995), and Ruins (1999), along with the 1998 catalog for Mexperimental—a traveling retrospective of 60 years of avant-garde film and video from Mexico, which he curated. (The Mexperimental catalog is available in its entirety online.)

I have been meaning for quite some time to profile Lerner's work. Impetus to follow through on my intentions has arrived with the publication of F Is For Phony: Fake Documentary and Truth's Undoing (University of Minnesota Press, 2006), edited by Lerner and Alexandra Juhasz. Helping to promote the anthology's publication, the Pacific Film Archives is sponsoring a book signing Tuesday evening, February 5, with a program of shorts that highlights the anthology's themes and invites suspicious attitudes. 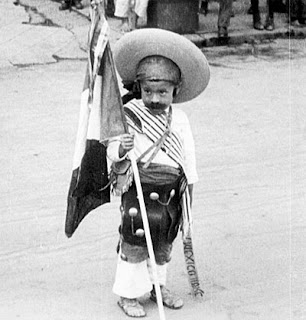 As the PFA program capsule states: "Fake documentaries date to the earliest days of cinema, when incidents as diverse as a boxing match and a war were staged. The articles in F Is for Phony examine some modern-day precursors to the mockumentary, including Luis Buñuel's Land Without Bread, but focus on contemporary independent films in which artists astutely interrogate distinctions between fiction and nonfiction, the relativity of truth, and even when a lie tells the truth. Juhasz writes that the book highlights 'films that don't just deconstruct but reconstruct; films that unmake and make reality claims; films that mark that it matters who remembers and in what context. The fake documentaries studied here are productive and progressive in that they unlink and link their text and viewer to knowledge about many documentary truths, and an equally many documentary lies, about identity, history, authenticity, and authority.' "

Michael Sicinski has reviewed the anthology for the Summer 2007 issue of Cineaste. Admittedly tethered by legit assignment to the "discourse of sobriety" that the anthology systematically skewers, Sicinski nonetheless manages to appreciate the anthology's jests and gibes and its own inside joke. Apparently there are some "dubious entries" in the anthology alongside "exemplary models of academic writing by premier cinema scholars." In other words, editors Lerner and Juhasz are practicing what they preach. Sicinski gives credit to the "termite traction" of the fake documentary, let alone the partially-fake anthology of fake documentary. 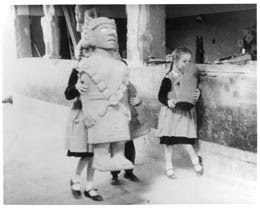 This quality of academic tricksterism has been a preoccupation of Jesse Lerner's for at least the past decade, if not long before. Lerner's 1999 hybrid film Ruins toyed with many of the same disruptive yet insightful historiographic subsumptions. In that film Lerner made the apt analogy: "Is not this film like a museum filled with artifacts, some authentic, some not?" It seems he and his co-editor have applied the same conceptual aesthetic to F Is For Phony.

I would be hard pressed to outdo Steve Anderson's consummate analysis of Ruins, included within the F Is For Phony anthology and—luckily—available on-line in PDF format. What I can add is my vested appreciation of Ruins as an armchair Mayanist: Ruins is a flower left as a sacrificial offering at the altar of "Quasicoatl".

Perhaps not so coincidentally, PFA curator Steve Seid has championed Ruins from the get-go. He, in fact, wrote the notes on the VHS jacket: "Counterfeiting is a practice with broad and devious implications, from the merest of fake objects to entire histories shaped as facsimile. The prologue to this wizardly jumble of newsreel snippets, travelogia, and stagy rants collates early colonial misconceptions of Mexico's populace, a stewpot of ethnographic and political distortions. From there, Lerner charts the rarefaction of this process that contextualizes archaeological objects as art. In this cultural valuation, Mayan and Aztec objects are severed from their origins and further rarefied within the confines of museums. At the center of Ruins is Brigido Lara, a master forger whose pre-Columbian objects have been exhibited in major (and unwitting) museums throughout the U.S. and Europe. Is this the final subterfuge of the colonial projects—the real and the fake indistinguishable?" 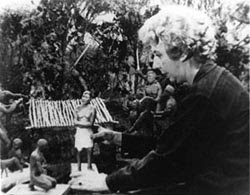 As Ruins states itself after profiling Brigido Lara, "Concern for authenticity links forger and documentary filmmaker—both create an illusion of the real through an elaborate web of artifice."

As has been written elsewhere, Ruins "blurs the line between fiction and documentary, melds culturally skewed anthropological films, staged scenes, and documentation about a Mexican antiquities forger to question not only the traditional reception and understanding of pre-Columbian culture, but also our very assumptions of historical truth as mediated through the camera lens."