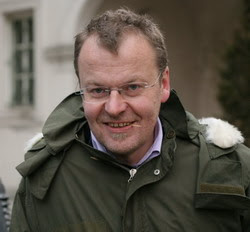 As Dave Hudson has prefaced to my Greencine interview with Stefan Ruzowitzky, the director/screenwriter of The Counterfeiters (nominated for an Academy Award in the Best Foreign Language Film category), the film is based on true events: "the Nazis planned to destabilize the American and British economies by flooding the markets with fake dollars and pounds. And they enlisted prisoners in concentration camps to counterfeit the bills. This presents a dark dilemma to the prisoners: cooperate and survive—or sabotage the project and possibly pay with their lives." 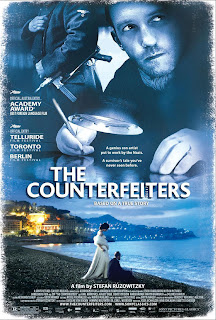 I first reviewed this Mephistophelian dilemma at the Toronto International, skeptical that audiences would digest this bitter fare; but, I've been proven wrong. Dave Hudson has gathered the most recent reviews upon the film's theatrical release, most of which are thoughtfully argued.