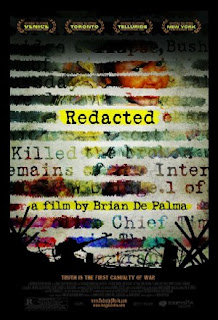 Via the ACN (Cuban News Agency), renowned American film maker Brian de Palma could not attend the inauguration of the Havana's New Latin American Film Festival on Tuesday, in which his latest film Redacted was screened, due to the harsh travel restrictions imposed by Washington.

Fortunately untethered and representing Love in the Time of Cholera, Colombian writer Gabriel Garcia Marquez, Nobel Literature Laureate in 1982 and one of the founders of the New Latin American Film Festival, arrived in Havana on Wednesday to take part in the 29th annual movie festival. (Via ACN)

Of related interest, the premiere of the documentary The Trial: The Untold Story of the Cuban Five, dedicated to the five Cuban antiterrorist fighters held in US prisons, will take place Thursday in the Los Angeles, Hollywood area, with an opening speech by Danny Glover. (Via ACN)