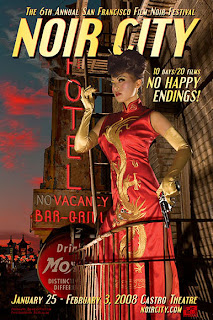 The most fabulous Film Noir festival on earth returns to darken the Bay City and delight the most dedicated moviegoers in the world on January 25 through February 3, 2008 at San Francisco's historic Castro Theatre. Presented by the Film Noir Foundation, whose mission is to "rescue and restore America's noir heritage," this year's festival continues its tradition of unearthing astounding rarities not available in any "home entertainment" format. "Czar of Noir" Eddie Muller will be back to chaperone the Castro's packed houses through the sinister, sexy, and sin-drenched streets of Noir City. 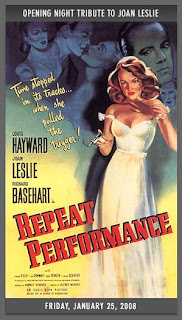 The 10-day festival kicks off Friday night, January 25, 2008, with a tribute to one of Hollywood's most versatile and enduring stars, Joan Leslie. In classics such as High Sierra, Sergeant York and Yankee Doodle Dandy, Leslie made a vivid impression as an irrepressible All-American ingénue. This being Noir City, Joan will be honored with screenings of her two darkest dramas: the ultra-rare Repeat Performance (1947) and the pitch-black show biz drama The Hard Way (1943). Between films, the 82 year-old actress will engage in an onstage interview with host Eddie Muller. 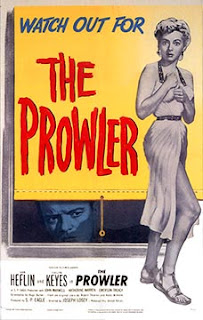 The following night, Saturday, January 26, the Film Noir Foundation proudly "re-premieres" a nearly forgotten masterpiece, Joseph Losey's The Prowler (1951). Written by legendary blacklisted screenwriter Dalton Trumbo (though uncredited), this magnificent noir has been fully restored to its original bleak splendor by the Film Noir Foundation and the UCLA Film and Television Archive. The evening screening will be introduced by author James Ellroy, who cites The Prowler as his favorite film.

Saturday night will also feature a special literary event: the San Francisco launch of the mostly eagerly anticipated crime fiction event of 2008, A Hell of a Woman: An Anthology of Female Noir, edited by Megan Abbott. This collection features 26 short stories by the crème de la crème of contemporary crime writers-many of whom will be at the Castro to sign what's already being hailed as the best collection of noir fiction in years.

Also premiering that evening will be The Grand Inquisitor, a 20-minute film by Eddie Muller adapted from his contribution to A Hell of a Woman. Legendary blacklisted actress Marsha Hunt, 90, returns to the screen in what Muller calls "a noir fairy tale, based on actual events." A cache of used books leads an intrepid young "investigator" to the home of a woman who may, or may not, be the widow of America's most notorious serial killer. Ms. Hunt, last year's Guest of Honor at Noir City 5, will be in attendance for the film's World Premiere. 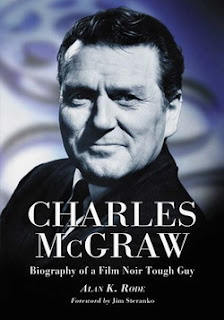 Other highlights of Noir City 6 include: a double bill (Tuesday, January 29) of rarities from 20th Century-Fox—Hangover Square and Dangerous Crossing—co-presented by Fox Home Entertainment in honor of its popular Fox Film Noir Collection DVD series; the debut of three brand new 35mm prints (Night Has 1000 Eyes, Woman In Hiding, and The Story of Molly X) struck by Universal Pictures expressly for Noir City; the publication party for Alan Rode's new book, Charles McGraw: Biography of a Film Noir Tough Guy, featuring a double shot of McGraw: Reign of Terror (1949) and Border Incident (1949); three rarely screened gems starring the great Ida Lupino; a tribute to star-crossed beauty Gail Russell; a night of "neo-noir" featuring the Coen Brother's 2001 noir homage The Man Who Wasn't There (with a very special guest!), and a closing night double feature (Road House and Night and the City) honoring "The Last Man Standing," Richard Widmark.

For the attached full schedule of films, check out the Noir City 6 website.

In keeping with its commitment to provide the world's most discerning filmgoers with a unique and communal cinema experience, 12 of the 21 films shown this year are not available in any home entertainment format.

As usual, the festival will also feature live performances by local noir-influenced musicians and some as well as unannounced special guests. You never know who'll drop in unexpectedly for a dose of classic noir!

A bunch of films I have yet to see in any format! But of the couple that I have, make sure to see The Suspect and Hangover Square.

Michael, thanks for posting this. The festival poster is stunning.

There was a film I saw over forty years ago, the last part of which has been haunting me ever since. I'm fairly certain it was a 1950s noir, about a gang of thieves hiding inside the tank of an oil truck stopped at a roadblock. The last image I remember is a cop opening the spigot, and instead of oil, a pair of eyeglasses falls out.

If anyone can ID the film, I'd be eternally grateful!

I want to say Border Incident, but would have to watch it again to confirm. I've asked around and no one else has offered anything.

Thanks for trying! I've never seen Border Incident, so it's now at the top of my Netflix queue!

It's a very good film, especially sensitive to the plight of immigration issues for its time. One of the best performances ever by Ricardo Montalban. McGraw, of course, is a great heavy. Let me know what you think once you've had a chance to watch it.