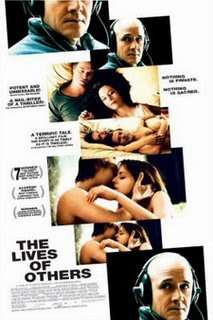 Without question, the ultimate perk of writing on film is the welcome chance to meet the individuals who make, shape and give voice to movies. I get to texture my own impression of films with the articulated intentions of filmmakers. Granted, I could easily banish transcription to the ninth circle of Hell; but, the conversations themselves are always this side of heaven.

Meeting Florian Henckel Von Donnersmarck, the tall force behind the Oscar-winning The Lives of Others, was one of the first times I began offering filmmakers the opportunity to refute their detractors. I enjoy doing this because it keeps the dialogue between filmmakers and their critics open-ended and necessarily subjective. I don't believe in gods of objectivity and will topple them at every turn.

As I frequently advise young people (sometimes when solicited; sometimes not), be careful of the straightforward focus of a goal. More often than not, an opportunity comes from the sidelines and, therefore, peripheral vision is your best friend. How was I to know that—by writing up a TCM broadcast of The Enchanted Cottage—I would befriend Tim Massett of Florida's San Marco Theater who, in turn, would help secure me an introduction and interview with Herschell Gordon Lewis, the "godfather of gore"? Greencine picking up the interview was added gravy to this blood red roast. 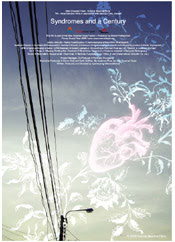 There's a certain amount of Buddhism to be sifted from the fact that my questions were longer than the answers during my conversation with Apichatpong ("Joe") Weerasethakul. A gentle, shy man, Apichatpong says more with his images than is required by his words. My thanks to Shelley Diekman of the Pacific Film Archives for facilitating an interview with Joe during his PFA residency. It felt more like guided meditation.

Red Without Blue—the heartfelt chronicle of the transformations of Mark and Clair Farley—is, without question, one of the 10 most important films of the year for presenting tolerance as a challenge not only within the culture but in the family unit itself. After sitting down to talk with Clair and Mark Farley, and filmmakers Brooke Sebold and Benita Sills, I was charmed to hear that they considered it to be their best interview. My thanks to Karen Larsen at Larsen Associates and Bill McLeod for setting us up. Mark has since become a valued friend, whose burgeoning career as a graphic and installation artist has captured my attention as much as his participation in Red Without Blue.

Turner Classic Movies have been generous and gracious to me in this past year, providing early access to their original programming and opportunities to interview key figures in said programming. But nothing could top the thrill of meeting the man himself—Robert Osborne!, and the power behind the TCM throne, Charlie Tabesh—when they visited San Francisco for the Silent Film Festival. 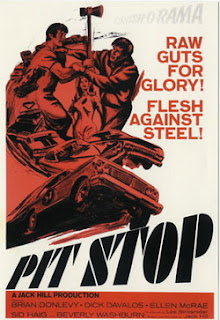 Local impresario Bruce Fletcher is my champion. Over the year we've hammered out a working relationship to further each other's objectives. During his Dead Channels Festival of Fantastic Film, he granted me interviews with the controversial Uwe Boll, and underground heroes Jamaa Fanaka and Jack Hill. That opportunity to interview two cult giants, though bifurcated, felt like a singular honor. Thank you, Bruce!

David Cronenberg has been creeping me out since I was a young man. Of all the many directors I might wish to interview, he was in my top five and so I'm delighted that my dream came true. That Viggo Mortensen came along to keep company was icing on the cake. That Greencine picked up the interview was having my cake and eating it too.

Oh my gosh he made me nervous with his piercing blue eyes and contrarian reputation, and thank God he responded to my plea for mercy, but spending time with the "master" Béla Tarr has been, to date, one of the highlights of writing on film. Greencine backed me up on that one too. 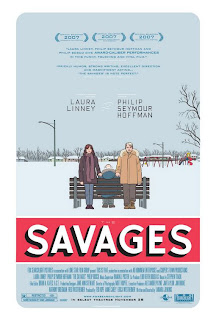 I met Marianne Singleton!! You have to understand, I used to faithfully read Tales of the City when it was a column in the local newspaper. I worked at a cabaret-restaurant named Fannys and we waiters would gossip about Armistead Maupin's characters while setting up our work stations. When it was finally adapted into a film, with Laura Linney playing the key role of Marianne Singleton, she won my heart forever. The fact that she's a true beauty and a consummate actress might have something to do with it as well. With my respected colleague Omar Moore to lend support, we charmed her into giving us more time than the publicist wanted to allow.

There are some people who I think are downright brilliant and Walter Murch is certainly one of them. To have even 20 minutes of his time to explore ideas validates me in the way that only a life well-lived can do. Once again, my gratitude to Greencine.