IN ROTATION—Six Martinis & the 7th Art 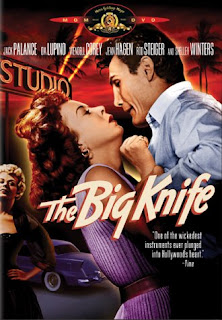 When I asked her where she got the name for her blog Six Martinis & the 7th Art, SHahn explained it's from Robert Aldrich's The Big Knife (1955, based on the play by Clifford Odets) with specific reference to Dixie Evans (Shelley Winters) who knows a nasty Hollywood secret that could destroy actor Charlie Castle (Jack Palance). Charlie's worried that Dixie will "find her voice" (i.e., spill it all) with her sixth martini. Ms. Hahn explains Six Martinis & the 7th Art is her voice. Though I would qualify that it's more accurately her vision as one of her favorite means to appreciate film is through screen capture.

The newest addition to my blogroll, Six Martinis & the 7th Art caught my attention late last night with its appreciation of San Francisco through screen captures from Dark Passage (1947), Impact (1949), High Anxiety (1977) and Chan Is Missing (1982). 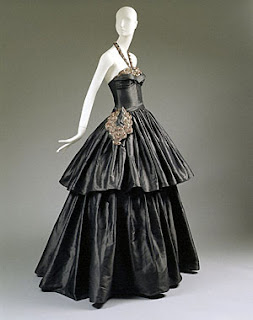 SHahn also made me chuckle by likening the swarms that follow golf pros around on the greens to zombies; highlighting Katherine Hepburn's charming emasculations; counting the droplets in a forceful sneeze (reminding me of how I actually cracked a rib once by imploding a sneeze); exposing the flagrant manipulations of squirrels; and (most currently) bemoaning the absence of snow in San Francisco, which she counters by electing to focus on images of snow during the month of December. She turns to Busby Berkeley to begin her frosty prospect, following up with Le Joueur d'échecs (The Chess Player, 1927) and Joseph Cornell's Since You Went Away (1944), part of SFMOMA's ongoing program of Joseph Cornell films.

Believe it or not, I'm not a great fan of snow. I was raised in southern Idaho and never quite understood the sense of it; though I will grant the first snowfall is always the best and the most poetic. I could only smile when my friend Tavo—raised in Los Angeles—phoned excitedly from Reno this weekend at experiencing his first snowfall. "It's so beautiful," he cooed. Sure, I thought. Wait until it turns into black ice and causes massive pile-ups on the Interstate. Give me a phone call then! For now, give it some thought and let SHahn know your favorite images of cinematic snow.
Posted by Michael Guillen at 12/03/2007 11:56:00 AM