The Goethe-Institut's 13th annual Berlin & Beyond Film Festival ("BBFF") runs January 10-16, 2008 at San Francisco's historic Castro Theatre, offering more than 35 independent and documentary films from Germany, Switzerland and Austria, many of which have never been seen in the United States. An additional day of screenings has been calendared for Saturday, January 19 at Point Arena, and a panel discussion on comedy in German film will be held on Sunday, January 13 at the Goethe-Institut.

The program schedule is now up on-line at the festival website and includes some of the following highlights: The opening night feature will be Turkish-German filmmaker Fatih Akin's The Edge of Heaven, Germany's entry for this year's Oscar; closing night will be Marcus Rosenmüller's latest feature Wer früher stirbt, ist länger tot (Grave Decisions). 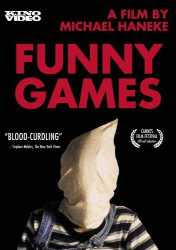 Posthumously extending a lifetime achievement in acting award to German actor Ulrich Mühe—who died last summer at the age of 54—BBFF will screen Des Leben der Anderen (The Lives of Others) with Mühe's daughter Anna Maria Mühe accepting on his behalf. Hälfte des Lebens (Half Of Life) will likewise be shown, along with Michael Haneke's Funny Games (which, Brian Darr informs me, Haneke has finished filming as a U.S. remake and which is scheduled to premiere at Sundance).

The winner of the MK Best First Feature Award is Ingo Rasper's Reine Geschmacksache (Fashion Victims) and director Rasper will be present to receive the honor at his film's U.S. premiere and will likewise participate in the festival's panel discussion—"What Makes You Laugh?"

Another U.S. premiere will be the BBFF Audience Award winner Jakob's Bruder (Jacob's Brother). What are the particular recommendations of Program Coordinator Ingrid Eggers? Astrid Schult's 45-minute short Zirkus is Nich (No Circus) and Michael Verhoeven's Der Unbekannte Soldat (The Unknown Soldier); both not to be missed!