No sooner do I joke about being Clark Kent working alongside Lois Lane at The Daily Planet than I discover that I might actually have the chance to meet Noel Neill, the actress who played Lois Lane on the Superman television series! 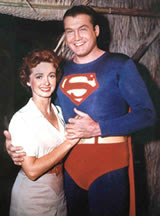 Ms. Neill, who originated the Lois Lane character on the big screen in Columbia Pictures' Superman serials and went on to star in the George Reeves TV series, will be attending this year's WonderCon to talk about her career as a comic book character come to life; moderated by Larry Thomas Ward, author of the definitive book on Miss Neill's career, Truth, Justice & the American Way: The Life and Times of Noel Neill, The Original Lois Lane. This welcome opportunity is 2:30-3:30 on Friday, March 2, 2007, at the George Moscone Convention Center, Room 220. 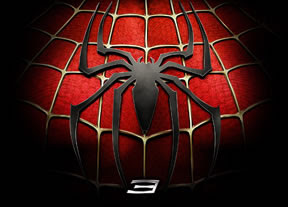 The Northern California inflection of San Diego's infamous Comic-Con, WonderCon is an embarrassment of riches. Because of the "Witness to War" programming, I'll be dividing my time and will only be able to skitter away with a sampling from WonderCon, but oh what a sampling! Big Movie Saturday will include preview clips of Ratatouille, The Reaping, 300, Resident Evil: Extinction, and Spiderman 3 with on stage appearances by Brad Bird, Hilary Swank, Zack Snyder and Ali Larter.
Posted by Michael Guillen at 2/24/2007 01:51:00 PM