Back in 1982, The San Francisco International Asian-American Film Festival offered 13 films to its fledgling audience. The festival's exponential growth in 25 years now caters to an expected audience of 30,000 with a line-up that includes 128 films from 20+ countries. At the press conference held earlier this week in the Dolby Labs screening room, Festival Director Chi-hui Yang and Festival Assistant Director Taro Goto took turns delivering an immaculate and confident audio-visual presentation wherein they walked the press through the festival's line-up, which is now accessible online at the festival website. 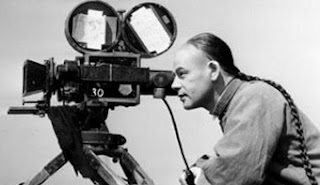 Chi-hui emphasized the importance of timing when it comes to pulling together a festival. Having Arthur Dong's new documentary Hollywood Chinese for the festival's centerpiece is both fortuitous and welcome. Hollywood Chinese is a film that's been long in the making and is a project close to home as the Center for Asian American Media is one of the film's funders. Dong is likewise close to CAAM and several of his films have shown at previous festivals. The film itself, Chi-hui explained, is almost a perfect way to showcase the festival's history in that it embodies a lot of the ideas, spirit and community that the festival stands for. A warm history of Chinese in Hollywood, from Anna Mae Wong to Ang Lee, Hollywood Chinese is further noteworthy because—during the course of Dong's research—he discovered fragments of what we now know to be the earliest Asian-American film ever made, a film called The Curse of Quon Gwon (1916), a silent film by Oakland filmmaker Marion Wong. From what Chi-hui understands, once The Curse of Quon Gwon was completed, it was never distributed and now nearly 89 years later Dong rediscovered three reels of the film, about 35 minutes worth, of which he has used a few clips in Hollywood Chinese. Sadly, however, the rest of the film is lost. Nonetheless, as a special event the SFIAAFF will be screening the existing 35 minutes of The Curse of Quon Gwon at the Oakland Museum during the run of the festival. Recently selected by the Library of Congress for the National Film Registry, this will be a rare opportunity to see this footage. Apparently, several members of Marion Wong's family still live in Oakland. 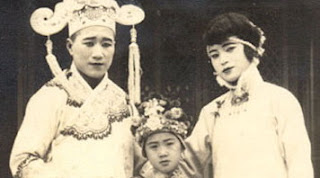 A new section to the festival being introduced this year is "Out of the Vaults" where films from the silent era to Hollywood's Golden age will be explored. Though these films pre-date Asian-American film, they provide historical context. This year's entry will be German director Richard Eichberg's Pavement Butterfly (1929) starring Anna Mae Wong. This is another rare screening of a print on loan from the British Film Institute and will be accompanied live by the Japanese-American pianist Robert Israel on the Castro Theatre's Mighty Wurlitzer. 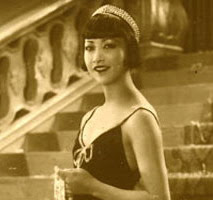 Recalling that much of the audience wanted to sing along when the festival screened A Flower Drum Song at their 20th anniversary, CAAM has decided to bring the film back to the Castro Theatre, this time with subtitles to help people remember the lyrics.

Another fun revival, co-presented by Jesse Hawthorne Ficks and his Midnites for Maniacs series, will be John Carpenter's 1986 cult classic Big Trouble in Little China. Chi-hui emphasized that—as we look back at this film—we see it's a smartly scripted film that introduced a legion of Asian-American actors to audiences. Surprisingly, it has been quite difficult to track down a film print and so this will be a rare screening of this cult favorite.

Taro announced that SFIAAFF will also be paying tribute to the great Japanese-American actor Mako who passed away last July by showing The Wash (1988), one of his finest performances set in San Francisco's Japantown and written by local playwright Philip Kan Gotanda. Mako received an Academy Award nomination for Best Supporting Actor for his 1966 performance in The Sand Pebbles. He also co-founded L.A.'s East-West Players, which was the first Asian-American theater company in the nation. He was always fighting for better roles for Asian-American actors and some might remember his eloquent, firm testimonial in Jeff Adachi's The Slanted Screen shown at last year's festival.

Chi-hui expressed his delight in sharing SFIAAFF's 25th anniversary with the PBS series POV, which is celebrating its 20th year. POV has been a strong supporter of Asian-American documentaries, having broadcast dozens on public television. SFIAAFF will celebrate their ongoing collaboration by presenting Nerakhoun: Betrayal, a work in progress, by famed cinematographer Ellen Kuras who began working on the piece 15 years ago. Funded by both CAAM and POV, Nerakhoun: Betrayal is co-directed by its subject Laotian refugee Thavisouk Phrasavath. Both Kuras and Phrasavath will be attending the festival and, in addition, Kuras will be teaching a cinematography master class at the festival. Though most might not be familiar with her name, they're certainly familiar with her camerawork. Her credits include Incredible Sunshine of the Spotless Mind, Summer of Sam, Swoon and I Shot Andy Warhol, just to name a few.

The heart of the festival, Taro pointed out, is the juried competition sections. These are the showcases for the best Asian-American features of the past year. To provide perspective regarding the Narrative Competition, Taro recalled that in 1997 the festival had four Asian-American narrative features. All four were remarkable, groundbreaking efforts by young film school-educated Asian-American filmmakers. They were telling very different stories than the usual identity stories or the generation gap family dramas that were so common up until that point. The films that came out that year were hip, edgy, and were telling more universally appealing stories without compromising the authenticity of the Asian-American experience. The press at the time dubbed it "GenerAsian X" and hailed it as a watershed year. Ten years later the festival once again has four world premieres in the Narrative Competition but also eight additional features, totaling a dozen. Last year's explosion of twelve narrative features is now revealed to be neither fluke nor anomaly, as initially feared. 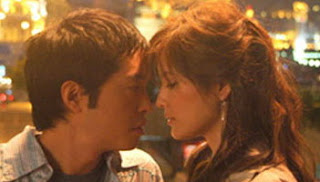 There's a tangible sense that the filmmakers are trying to achieve a wider audience beyond the Asian community. This is true of such a film as Shanghai Kiss, one of the four world premieres. Shanghai Kiss is a crossover romantic comedy starring Ken Leung and Kelly Hu. A kind of Lost in Translation set in China but with an Asian-American experiencing the culture clash, Shanghai Kiss has its protagonist choosing between two loves and two homes.

Another world premiere is American Pastime, a beautifully shot drama about the Japanese-American internment camps and also baseball. The film finds a fresh way to tell the story familiar to SFIAAFF audiences. American Pastime is directed by Desmond Nakano who directed White Man's Burden about 12 years ago. 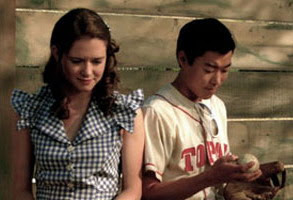 In her SF360 overview, Susan Gerhard points out that "[i]n an era when many festivals are championing virtual filmgoing experiences, [Chi-hui and Taro] stepped outside the box to emphasize the festival's value in on-the-ground community-building, speaking about longterm relationships not just between the festival and filmmakers, but also of filmmakers amongst themselves in the early stages of their careers."

Cognizant of the impact of the so-called Class of 1997, Oliver Wang has written an informative overview for the festival program, and Taro recalled that Jacqueline Kim, one of the three jurors for the Narrative Competition, was at the festival where Eric Byler—hearing about all the big films that were going to be premiering that year—came up to the festival though not associated with any particular film; but, he and Jacqueline and her writer went to a lot of the screenings, did a lot of drinking afterwards to talk about what they were seeing, and on the drive back to L.A. they discussed the different characters they wanted to see on the screen; a conversation that turned into Byler's Charlotte Sometimes which screened at SFIAAFF in 2003. Last year SFIAAFF also screened Byler's AMERICANese.

Also in 1997 Justin Lin brought Shopping For Fangs, co-directed by Quentin Lee, and met Jason Tobin who was acting in Yellow. They hit it off and Tobin ended up acting in Lin's Better Luck Tomorrow, which was SFIAAFF's 2002 Opening Night feature. And so on and so forth. The anecdotes amplify. I have my own. Eric Byler liked my write-up on last year's AMERICANese and ushered me into a print gig with a Los Angeles weekly Entertainment Today where he was guest editing. So I can only shout "Amen!" to the warm and productive networking that characterizes SFIAAFF. Taro admitted that he and Chi-hui are excited that the festival is not just a collection of screenings but a place where people meet and congregate. 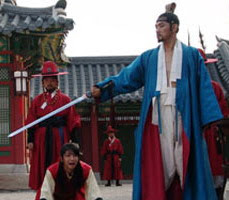 One of the most highly-anticipated sections of SFIAAFF is, of course, its international showcase where the festival brings their favorite films from Asia and the Diaspora from the past year. Catering to the diverse tastes of their diverse audience, SFIAAFF is offering 13 features in this category, including the South Korean blockbuster King and the Clown, a spectacular period piece that was the highest-grossing film in Korean film history at the time (before wicked American scientists started ordering their underlings to dump formaldehyde into the Han River). King and the Clown controversially addressed such taboo subjects in Korea as free speech and homosexuality.

On the opposite spectrum is an art film like Apichatpong Weerasethakul's Syndromes and A Century (but more of that in a separate post) and the lighter, uplifting Australian story of Footy Legends, an underdog tale with plenty of rugby action. Also, The Girl Who Leapt Through Time, a Japanese anime feature whereas fans of Johnnie To's action films will love his latest Exiled. There are several other notable features in the international showcase but hopefully this provides enough of a sample to intrigue further research on the festival's website. If you still can't decide, Chi-hui and Taro will be hosting a Festival Public Preview, further pointing out highlights and recommendations and answering questions on Thursday, February 22, 6:30 p.m. at the Ninth Street Independent Film Center, 145 Ninth Street, Room 104, San Francisco.

One major difference this year will be the festival's temporary location at the AMC 1000 while the Sundance Kabuki is being renovated. Macys will be sponsoring an audience lounge in the AMC 1000 where festival goers can rest and discuss films between screenings. Tickets will go on sale to the general public February 19 via online, mail, fax and phone.

Ellen Kuras is great. I love her work with Spike Lee and Michel Gondry especially. I'd go so far as to call her work with the latter incredible. Or, perhaps even more accurately, eternal (hint, hint).

I hope you're right that we "fans of Johnnie To's action films will love his latest Exiled". As a sequel to the Mission it has big shoes to fill. But most of the reviews seem to be indicating it fills them quite snugly.

Now you're making me wonder if I shouldn't try to speak with her while she's here, or at the least attend her workshop.