"This year's lineup of films, from Central Asia to Latin America, is artistically strong and well balanced—it's one of our best yet," says Susan Weeks Coulter, Board Chair of The Global Film Initiative.

Global Lens, now in its sixth year, will premiere at the Museum of Modern Art in New York on January 14, 2009 before embarking on a yearlong tour of over forty cities across the United States. For screening-dates and locations, please visit the Global Lens calendar. 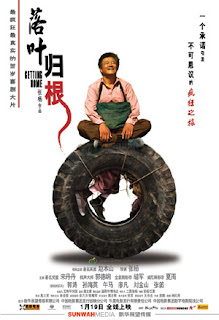 Getting Home (Luo Ye Gui Gen), dir. Yang Zhang, China, 2007—In a show of loyalty, an aging construction worker carries the body of his fallen friend hundreds of miles to a burial site in China's Three Gorges region.

I Am From Titov Veles (Jas Sum Od Titov Veles), dir. Teona Strugar Mitevska, Macedonia, 2007—Set in the quaint but scarred town of Veles, three sisters put self-interest above family as they take desperate steps to escape their dying community. 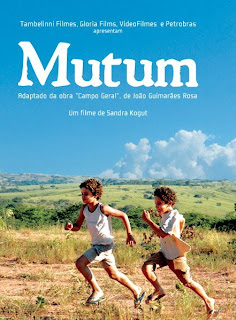 Mutum, dir. Sandra Kogut, Brazil, 2007—Burdened by his parents' unhappy marriage and father's abuse, a young boy in rural Brazil grapples with his disintegrating family and uncertainties of the adult world.

The Photograph, dir. Nan Triveni Achnas, Indonesia, 2007—A prostitute struggling to support her family forms a bond with the reclusive portrait photographer from whom she rents a room. 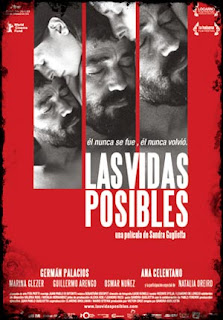 Possible Lives (Las Vidas Posibles), dir. Sandra Gugliotta, Argentina, 2006—A woman searching for her missing husband in remote Patagonia encounters a man who appears to be her spouse, but has another name, another wife and another life.

Sleepwalking Land (Terra Sonâmbula), dir. Teresa Prata, Mozambique, 2007—In war-torn Mozambique, a young boy searches the desolate countryside for his family with the aid of an affectionate yet hard-hearted elderly guide.

Songs From the Southern Seas, dir. Marat Sarulu, Kazakhstan, 2008—A darkly comic feud is ignited when a Russian man suspects that his son is the result of an affair between his wife and a Kazakh neighbor.

Those Three (An Seh), dir. Naghi Nemati, Iran, 2007—A day from completing their military training, three conscripts abandon a dismal army life and head off for freedom through the frozen wilderness of Northern Iran. 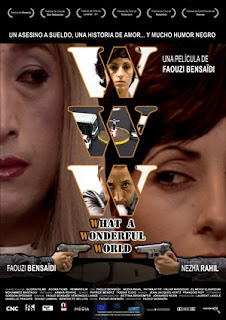 WWW: What A Wonderful World, dir. Faouzi Bensaïdi, Morocco, 2006. On the streets of Casablanca, a prostitute's best friend—a tough traffic cop—falls in love with her best customer, a contract killer.

When My Time Comes (Cuando Me Toque A Mi), dir. Victor Arregui, Ecuador, 2008. In Ecuador's capital city, a coroner's fragile emotional life is threatened when he develops a personal interest in his cases.

Something to look forward to next year. It's good that there is a theater here in Denver that will present the series. Now if only a few more filmgoers would be willing to be adventurous . . .

I'd definitely recommend THOSE THREE, which I saw earlier this year in Palm Springs, and especially WHAT A WONDERFUL WORLD, which played last year's SF Arab Film Festival.

I look forward to getting a chance to see these!