The 31st Mill Valley Film Festival ("MVFF") is set to begin this Thursday, and since posting my first program overview, we've seen two new films added to the line-up. The first is Danny Boyle's Slumdog Millionaire—arguably the film with the biggest buzz from this year's Telluride and Toronto festivals—and the other is Rian Johnson's follow-up to Brick, the Mark Ruffalo, Adrien Brody and Rachel Weisz-starring The Brothers Bloom.

What follows are (mostly) quick takes of nine MVFF films I've had the chance to preview in recent weeks. The first three were screened for press, and the remainder were seen on DVD screeners. Wendy and Lucy and Lemon Tree are due for U.S. release and therefore restricted to 75-word hold-reviews.

Wendy and Lucy—Michelle Williams has earned deserved accolades for her low-key performance as a marginal, Alaska-bound drifter. In a small Oregon town, a young woman's life unravels as she suffers the humiliation of a car breakdown, shoplifting arrest, and worst of all, the disappearance of her canine traveling companion. Director Kelly Reichhardt nicely expands upon the spare but affecting style of 2006's Old Joy and Wally Dalton is unforgettable as an empathetic Walgreen's security guard.

Lemon Tree—Director Eran Riklis follows his acclaimed The Syrian Bride with another absurdist tale of Israeli-Palestinian relations. Arab widow Salma (The Visitor's lovely Hiam Abbass) tends to her family's ancestral lemon orchard. When Israel's Defense Minister moves in next door and the trees are targeted as a security risk, a battle of wills leads both parties all the way to the Supreme Court. An engaging and entertaining film, marred only by some minor plot contrivances. 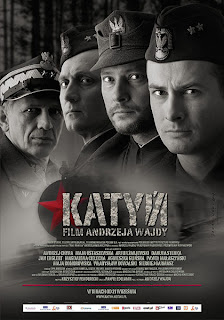 Katyn—It's a tragedy that 82-year-old Polish maestro Andrzej Wajda most likely ends his illustrious career with this disjointed, turgid and unremarkable film. Katyn is where the Soviet military massacred as many as 22,000 Polish army officers in the spring of 1940. The film begins assuredly enough, following one family through the events leading up to the tragedy. In the film's huge, muddled mid-section, however (which details the mistreatment of Poles through the remainder of the war and the post-war Soviet cover-up of the Katyn slaughter), things run aground. The story lurches from one event to the next, and significant characters seem to randomly drop from the sky. It's only in the film's final 20 minutes—a sobering flashback to the Katyn massacre itself—that we finally encounter some of the stunning imagery for which Wajda is famous. This is one for auteur completists and WWII buffs only.

The Wrecking Crew—The Wrecking Crew was a loose collective of recording studio musicians who played on virtually every hit record produced on the West Coast in the 1960s. This excellent documentary tells their story, and anyone with even a passing interest in American pop music will simply not want to miss it. The film is ably directed by Denny Tedesco (son of virtuoso Wrecking Crew guitarist Tommy Tedesco), and the list of recording artists, producers and fellow musicians who participate is staggering. A shortlist: Brian Wilson, Dick Clark, Lou Adler, Cher, Nancy Sinatra, Glen Campbell, Herb Alpert, Micky Dolenz, Roger McGuinn, plus many of the surviving musicians whose names and faces never appeared on an LP jacket. People like bass player (and lone female Wrecking Crew member) Carol Kaye, who recounts how she created that famous bass line for Sonny and Cher's "The Beat Goes On." Or Plas Johnson, who played that slinky sax solo on "The Pink Panther Theme."

These musicians were Phil Spector's "Wall of Sound." And on vinyl at least, they were the sound of the Beach Boys, Monkees, Byrds, Mamas and Papas, 5th Dimension, Tijuana Brass and others. Tedesco's film does a fine job of explaining the origin and evolution of the West Coast sound—and how this bunch of creative and eager upstarts replaced the old studio fuddy-duddies who refused to play rock and roll. From the musicians themselves we learn how the workaholic demands of the profession resulted in huge financial rewards, but sometimes took a heavy personal toll. By blending these extraordinary interviews and singular archival materials, Tedesco has fashioned a solid work which documents a unique moment in American music history.

The Wrecking Crew receives two screenings at MVFF. The first one is on RUSH status, but as of this writing there are still tickets available for the October 8th screening at the Rafael Film Center. I'd encourage you to see it at the festival. Due to the prohibitive cost of music rights in film, I'm doubtful this will ever see a theatrical or DVD release (at least in its present form). Finally, tickets are still available for "A Salute to the Wrecking Crew", a live concert at the Throckmorton Theatre in Mill Valley on October 6th. Several members of the original Wrecking Crew will be playing, aided by vocalists Al Jardine of The Beach Boys and Peter Tork of The Monkees.

Máncora—Ater the suicide of his father, sullen 21-year-old Santiago leaves the gloomy winter of Lima, Peru and heads for the northern beach resort of Máncora. Along for the ride on this sex, drugs and rock and roll-fueled journey are his well-meaning step-sister Ximena and her smarmy Spanish husband Iñigo. The plot is vaguely reminiscent of Y tu mama también, but with little of that film's emotional and cultural breadth (and none of its humor). Although it's drag spending time with this unpleasant, self-centered trio, I admired how the characters were intricately drawn and not mere archetypes. I also enjoyed seeing a Peru we rarely see in movies that come our way—from the barren desert landscapes of a coastal highway to the hedonistic excesses of a hang-loose seaside town. The film's cop-out of a shock ending, foreshadowed in a pre-opening credits sequence, merely serves to eliminate the need for resolution between the main characters. A quasi-metaphysical coda works even less well. Michael Guillén has written a more in-depth (and more favorable) review of the film here. 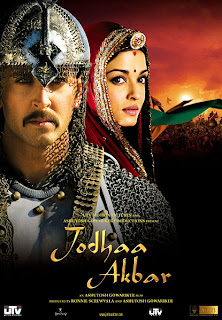 Jodhaa Akbar—This is the only MVFF film which has already played the Bay Area, having screened earlier this year at the Naz 8 Cinema in Fremont. MVFF brings it back for good reason—it's mega-spectacular Bollywood at its overblown best—and they're showing it at the Century Cinema in Corte Madera, "the largest screen north of the Golden Gate." A pumped-up Hrithik Roshan stars as a 16th century Mughal emperor who learns about love and religious tolerance from his Rajput Hindu princess bride Jodhaa, played by the gorgeous Aishwarya Rai Bachchan. The story plays out in a number of stunning Hindustani palaces, and it's obvious that little expense was spared on the opulent costumes and art direction. I did get antsy waiting for the first musical number, which doesn't arrive until nearly an hour in (the film clocks in at 213 minutes). I was underwhelmed by the music in general, but any disappointment on that count vanished during the song which celebrates the emperor's popular repeal of the pilgrimage tax. It's ten full minutes of cast-of thousands, eye-popping Busby Berkeley kaleidoscopic insanity. I'm not sure which was more thrilling—that or watching people get squished by elephants in the big battle scene.

Teddy Bear—The serious issues of family, fertility and fidelity are given a light, comic touch in the latest film from Czech director/screenwriting team of Jan Hrebejk and Petr Jarchovský. The meandering story centers around the lives and secrets of three 30-something chums and their wives. Fussy Jirka runs a failing art gallery and his messy wife runs a failing pastry shop. Rome-based Czech diplomat Ivan and his wife have children whose paternity is called into question. And gynecologist Roman has a second "family" he's been able to conceal from his wife until now. These flawed but likable characters are well played by some of the Czech Republic's most famous actors, and the film is consistently entertaining. But anyone who expects the fine, dark edges that elevated the team's two previous films (Up and Down and Beauty in Trouble) will likely be disappointed. 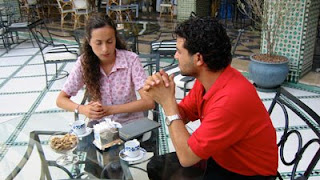 Burned Hearts—An Arab-French architect is forced to confront childhood demons in this remarkable feature by Moroccan director Ahmed el Maanouni. Called back to the ancient city of Fez by the impending death of the abusive uncle who raised him, Amin struggles to reconcile the past. In flashback we see young Amin selling his drawings to tourists, and fleeing the taunts of other children who call him "bastard." He toils in a small ironworks foundry, which is owned by the uncle who's determined to crush the boy's artistic spirit and desire for schooling. In the present he waits for this guardian to die, killing time by roaming the alleyways of Fez and romancing a young woman who longs to emigrate. The story's heavy psychological tone is lightened by occasional folkloric musical commentary, as well as by a gallery of interesting side characters. These include a best friend who's in love with a rich older woman, and a hip-hop obsessed layabout who inadvertently swipes a suitcase filled with live scorpions. Pierre Boffety's black and white cinematography is exquisite, with camerawork that blends both formalist and vérité styles. If you happen to miss this fine film at Mill Valley, you'll have another chance at the 12th Arab Film Festival later this month.

Hafez—This work from Iran is one of those culturally inscrutable and obtuse films that MVFF almost seems to specialize in. Hafez is a title bestowed upon one who has memorized the Quran, and the film's young protagonist has recently attained that status. He's assigned to teach the daughter of the Great Mufti, and makes the mistake of discussing poetry and sneaking a peak at her. Fifty whiplashes later, he finds himself banished from the land. At this point, I maybe sort of thought I knew what was going on in the film, but maybe sort of not. In an attempt to forget love, the poor guy goes on something called the "Quest of the Mirror," whereby virgins clean his mirror and then make some outrageous request that he's obliged to fulfill. Or something. He goes to work making mud bricks and selling plastic bags filled with well water. Thugs on motorcycles raid houses and burn books. He brings a young girl to an optician and buys her eyeglasses, which is another no-no. Fifty more lashes. In the end I figured out that it all has something to do with the tenets of Sufism, a subject about which I know less than nothing. Despite this, the film is quite watchable, filled with interesting landscapes, architecture, costumes, music and dancing.

I submitted my film and it didn't get in. Poopy! $55.00 down the drain. Remind me never to apply to festivals again. I need to see "Happy-Go-Lucky." To think it's the same person who brought us "Naked". Cheers from the Richmond!

Ouch!! $55 just to get rejected?!! That bites. Sorry, buddy. Cheers back atcha from Bernal Heights.