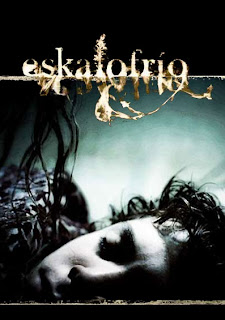 Frequent startle jolts in Isidro Ortiz's Eskalofrío (Shiver) are determined to make you yelp outloud, even if perhaps a little too obviously. Yet another film that I first heard about on Twitch, Shiver premiered in the Panorama section of this year's Berlinale to tepid critical response. Expectation factored heavily as audiences went into the film assuming it to be a horror flick when, in truth, it's more a competent thriller with some horror tropes deferentially approached though never fully developed. Few disagree that the film is professionally mounted, the performances solid, and that it respectfully carries on the tradition of Spanish "horror" films like The Devil's Backbone, Pan's Labyrinth and The Orphanage, borrowing—in fact—teenage actor Junio Valverde from Backbone, Labyrinth's Oscar-winning set designer Pilar Revuelta, and The Orphanage's composer Fernando Velázquez to firm up its genre pedigree. Past that, failed expectations dampened Shiver's reception. 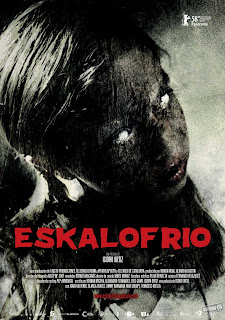 Originally working with an idea by Antonio Trashorras and David Muñoz (also from The Devil's Backbone) called Sangre (Blood) where a young man who is allergic to sunlight believes he's a vampire and ends up meeting true vampires, budget restraints kept this initial concept from being fully developed in Shiver, although the idea is referenced in Shiver's opening nightmare sequence where Santi (Valverde) is shown frantically fleeing the approaching dawn in Barcelona, a city architected with reflective surfaces. As sunlight catches up to him, his skin begins to blister, and he bursts into flames. Santi awakens in a cold sweat from a nightmare that has skillfully laid out his worst fears. Leaving this arresting nightmare behind, the film pursues a practical thread. Because Santi's photosensitivity is increasingly becoming hazardous to his health, his mother (in a fine turn by Mar Sodupe)—following the advice of Santi's physician—seeks out a shadow-laden village hidden away in Spain's mountain ravines so that Santi will be less exposed to sunlight and have more of a chance of leading an average adolescence. 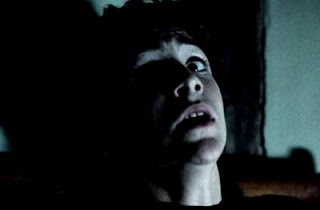 In all fairness to Shiver, this is an equally engaging concept: Santi must flee the light to take refuge in darkness, what Ortiz calls a "back to front tale", and though Santi's not actually a vampire, the oddity of his infirmity makes him "monstrous" to the so-called "normal" villagers. In other words, Ortiz effectively turns the tropes upside down and offers two kinds of monsters: those who are "different" and cannot adapt to what society defines as normal, and those who—though models of social conformity—hide monstrous impulses within. 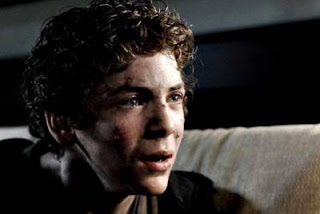 When something feral in the forest begins tearing the throats out of livestock, classmates, and eventually adults, suspicion falls on Santi because of his strange ways. Confronting his own fears, Santi must prove his innocence by uncovering what is prowling loose in the woods. As with the hillbilly horror flicks popular in the United States, Shiver exploits—as Screen Daily terms it—"the fright quotient of the closed rural community." (Thus, the proverb prefacing this entry.) Screen Daily likewise observes: "One of the more attractive things about Shiver is the way that it manages not to take itself too seriously without crossing over into outright spoof." Michael Panduro, dispatching to Bloody Disgusting from Berlin, noted: "After the screening in Berlin, director Ortiz explained how the film has been in production for a number of years employing no less than four different screenwriters for adjustment, re-writes and tweaking and—in my opinion—that's where it all went wrong! Draft after draft has pulled the story in different directions ultimately pulling it apart. What starts out as a vampire-story, turns into a tale of a haunted forest, turns into a monster-movie and winds up as typical slasher-fare." 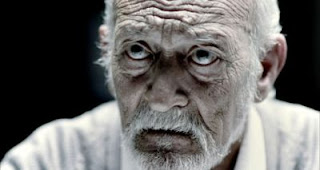 Expectations were equally thwarted when the film screened at the Edinburgh International Film Festival. Filmstalker's Richard Brunton likewise complained that Shiver is "trying to be too many genres in one." Quiet Earth was more disposed to accept the film on its own merits, praising that Shiver is "a film that is extremely intense, taut and outright terrifying in parts but also darkly comic with a deliberate knack for confounding expectations." 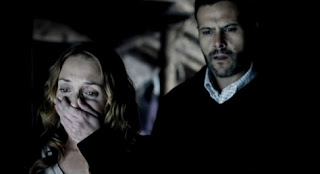 Perhaps that's the key? Watch Shiver knowing your expectations will be confounded and you might just enjoy yelping outloud now and then as its young protagonist suffers the burden of persecution and struggles to unravel a mysterious web of deceit. Shiver's MVFF screening precedes its mid-October Dark Sky Films DVD release.