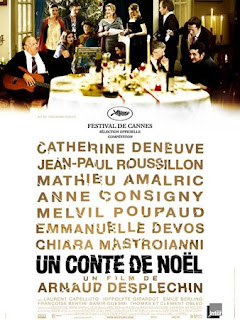 During my absence at the Toronto International, Michael Hawley reviewed the press announcements for the San Francisco Film Society's newly-launched French Cinema Now film series on behalf of The Evening Class and reports on his findings.

* * *
The San Francisco Film Society launches its inaugural French Cinema Now series with a great big BOUM!—bookending the five-day mini-fest with the two highest-profile French films of 2008. Arnaud Desplechin's Catherine Deneuve-starring A Christmas Tale (Un conte de Noël) gets things started on October 8, and Laurent Cantet's Palme d'Or-winning The Class (Entre les murs) wraps it up on October 13. In between, Bay Area audiences will be treated to a terrific mix of recent Gallic cinema, with a few treats from the archives thrown in as well. Landmark's historic Clay Theater on Fillmore Street will play host.

French Cinema Now is an idea that's way overdue. Here in the Bay Area, where we have film festivals dedicated to every possible nationality, ethnicity and "lifestyle"—from the Armenian Film Festival to the Sex Workers Film Festival—it's absurd not to have a specialty fest dedicated to the country which (to my mind, at least) still produces overall the most vital cinema in the world. Not that we suffer a dearth of French fare. The Film Society's own eminent spring festival is always French film heavy. And our Frameline, Jewish, Arab and Mill Valley Film Festivals can always be counted on to fill in some gaps. But a lot still falls through the cracks, as anyone who longingly peruses the line-ups for New York's Rendez-Vous with French Cinema or Los Angeles' City of Lights/City of Angels festivals can attest. Hopefully, if French Cinema Now's debut is a success, next year's edition can be twice as long with twice as many films. 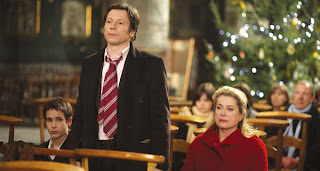 And what a fine debut it is, starting with the opening night film. Although it's not being officially touted as such, the screening of A Christmas Tale is the film's U.S. premiere, screening two days before its appearance at the New York Film Festival. Catherine Deneuve won a special prize at Cannes for her portrayal of a cool matriarch hosting her dysfunctional family over the holidays. The large cast includes Desplechin regulars Mathieu Amalric and Emmanuelle Devos, as well as Chiara Mastroianni, Hippolyte Giradot and personal fave Melvil Poupaud. Arnaud Desplechin himself is expected to be in San Francisco for opening night, and during the course of the festival two of his earliest works will also be screened: 1991's rarely seen Life of the Dead (La vie des morts) and 1996's My Sex Life … or How I Got into an Argument (Ma vie sexuelle). 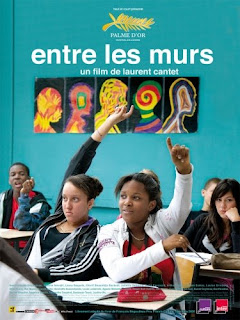 Laurent Cantet's closing nighter The Class is a West Coast Premiere, arriving roughly two weeks after it opens this year's New York Film Festival. It was the unanimous jury choice to receive 2008's Palme d'Or, and represents the first time France has received Cannes' top honor in 20 years. Following the travails and triumphs of a multiethnic, Parisian junior high school class over the course of one year, the film is said to be an emblematic portrait of France in the 21st century. I've been a big fan of Cantet's work ever since 1999's Human Resources (Ressources humaines) (including his much maligned Heading South (Vers le sud) from 2005), and am very pleased I'll soon have the chance to catch his latest. 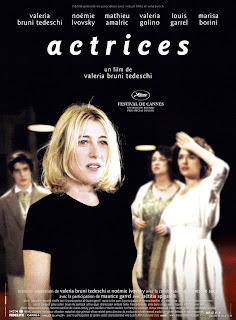 Another film with a Cannes prize attached is Valeria Bruni Tedeschi's Actresses (Actrices), which won a 2007 Special Jury Award in Un Certain Regard. Tedeschi co-wrote the script for this comedic drama, and stars as a 40-year-old stage actress on the verge of, if not a nervous breakdown, then a loudly ticking biological clock. Among the possible candidates for fatherhood are Mathieu Amalric and Louis Garrel, playing her director and co-actor in a production of Turgenev's "A Month in the Country." Noémie Lvovsky, who co-wrote the script, appears in a Cesar-nominated performance as the play's assistant director and Tedeschi's femme compatriot. 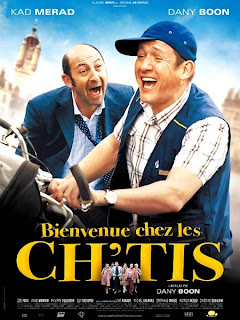 As much as we love to see prize-winning films with festival pedigrees, the real value of a program like French Cinema Now is the chance to see more "mainstream" French cinema—films with a smaller chance of U.S. festival and/or arthouse exposure. Two films that might fit such a category are Dany Boon's Welcome to the Sticks (Bienvenue chez les Ch'tis) and Pascal Bonitzer's Alibi (Le grand alibi). Boon's comedy carries with it one hell of a superlative—it's the most financially successful French film of all time and is soon expected to surpass Titanic as the most successful film ever released in France. The director is also the film's star, a miserable postal worker whose banishment to the cold, rainy boondocks of northern France is not what he expected. Bonitzer's Alibi is an adaptation of Agatha Christie's 1944 whodunit The Hollow, in which a group of toney guests gather at a country estate housing France's premiere firearms collection. The cast includes several actors familiar to U.S. audiences, including Miou-Miou, Lambert Wilson and once again, Valeri Bruni Tedeschi. It is hoped that Pascal Bonitzer will be in San Francisco for the screenings. And even though Alibi is being shown here for the first time in the U.S., another festival apparently has the "U.S. Premiere" bragging rights (the Film Society is billing it as a "Special Preview Presentation.") 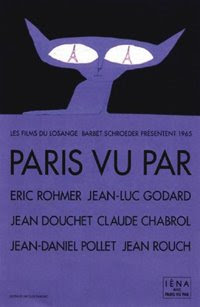 In addition to the two older Arnaud Desplechin films, French Cinema Now has one other archival film up its sleeve, 1965's omnibus Six in Paris (Paris vu par). The half dozen New Wave directors whose contributions comprise this work are Jean-Luc Godard, Claude Chabrol, Eric Rohmer, Jean Rouch, Jean Douchet and Jean-Daniel Pollet. This is one movie I didn't even know existed, and I'm very excited to be seeing it on a big screen. Finally, rounding out 2008's French Cinema Now's line-up are Benjamin Marquet's horse-racing jockey apprenticeship documentary, Lads and Jockeys, and a midnight screening of Franck Vestiel's sci-fi eco-horror film Eden Log.

So there you have it … and I think anyone would agree it's a very promising little program. The only downside is that the dates run concurrent with the final five days of the Mill Valley Film Festival. Bay Area cinephiles might have some tough choices to make in the weeks ahead, but better tough choices than no choices at all.

A small correction: Dany Boon does indeed appear in "Welcome to the Sticks," but he doesn't play the postal worker.

That looks like a great lineup indeed Michael. Particularly the "Six In Paris" print - I love omnibus type films (well, I suppose "New York I Love You" has shaken my confidence - work in progress be damned...they can't save this thing) and that one has been on my list for awhile with the thought that I would eventually have to catch up with it at Cinematheque. Is that a new print indicating possibly an eventual release?

Toronto has a similar French Film Festival in the Spring, but it centres on the French language so it can pull from several different countries. Would've been cool if you were given a chance to see some new Quebecois cinema on top of the stuff from France. "C'est Pas Moi, Je Le Jure" was one of my faves at the Toronto fest...

Sorry we missed each other at TIFF - were you like holed up in the Hyatt bar the whole time? B-)

Thanks for the correction, Todd.

Bob, sorry we missed at TIFF08 too, though it wasn't because I was hanging out in any bars. I saw 30 films and conducted 10 interviews, including our mutual fave rave Kiyoshi Kurosawa!

I believe New Yorker Films is releasing Six In Paris on DVD in the next month or so. I'll hunt up that email and forward it to you.

Heh, yeah I figured you were swamped at the fest. 10 interviews? Yipes.

I'm glad you got to speak with Kurosawa. I look forward to the interview. I liked "Tokyo Sonata" quite a bit as well. That last half hour threw me a bit, but not quite completely off track like it did for some folks.

I'll be looking for "Six In Paris". Thanks!

Bob, I doublechecked for you and Six In Paris is being released on DVD by New Yorker Films come mid-October. Pre-ordering is available on Amazon.