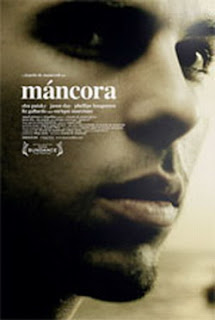 Ricardo de Montreuil's sophomore feature Máncora practices what it preaches. It's truly a film where the journey—not the destination—is important. Though this has dissatisfied several critics since its premiere at this year's Sundance Film Festival, I have had no trouble joining this youthful attractive cast on their road trip from Lima's wintry claustrophobia to the seeming escape of Peru's infamous surfer beach Máncora, nor have I had difficulty accepting the film's narrative caution that—though you can escape a place or a season—you can't escape your own measure of original sin, which proves to be the case for each of Máncora's three main characters.

More than one critic—our own Michael Hawley included—has compared Máncora to Alfonso Cuaron's Y Tu Mama Tambien. Variety's Todd McCarthy—unfairly I think—calls it a "poor cousin" whereas Ray Bonilla at Picture Show Pundits more fairly accepts the film on its own merits and even goes so far as to claim "Máncora the superior film in nearly all facets." Mileage especially varies on road trips where erotic triangulations fuel the journey and critics in the back seat keep whining, "Are we there yet?" Let alone that it's akin to comparing manzanas y naranjas. Y Tu Mama Tambien achieved specific resonance by speaking to contemporary Mexico. It's a road trip with a distinctly unique cultural sensibility than that portrayed in Máncora. McCarthy, finding Máncora's protagonists "lackluster" and unsympathetic, does concede that the film's "most appealing aspect, at least to foreign eyes, is the scenery, providing a nice glimpse of the seldom-seen coastline from gray, wintry Lima to the more inviting climes more than 750 miles to the north." I can't disagree that exposure to said climes helps warrant the road trip. But I would have to disagree that Máncora's three protagonists are any less sympathetic or self-absorbed than those found in Cuaron's beloved Y Tu Mama Tambien and they're certainly way more easy on the eyes if not—truthfully—more complex. 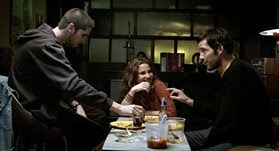 To cope with his father's recent suicide, a break-up with a faithless girlfriend, the loss of a job and an educational nosedive, 21-year-old Santiago (a sullen, sultry Jason Day)—"Santi" for short—decides to escape Lima's harsh winter for Máncora, the picturesque beach town of his happy childhood memories. Just as he's about to depart, he receives an unexpected visit from his concerned stepsister, Ximena (Elsa Pataky, breathtakingly beautiful) and her handsome husband Iñigo (Enrique Murciano), who has begrudgingly left New York City to accompany her. The three take off on a party-fueled road trip. Along the way they pick up a freespirited hitchhiker Batú (Phellipe Haagensen, one of City of God's favela hoods) before arriving in Máncora. Once in the beach town, they let loose on what The Hollywood Reporter's Justin Lowe aptly describes as "a binge of ill-advised relentless partying that irrevocably strains their already frayed relations." 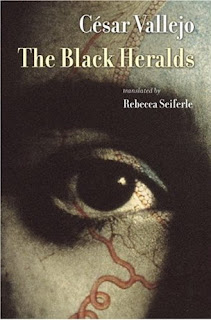 Yes, I'll concede none of this is new, but for me that's shorthand to question what I'm expecting to be new. Rather than begrudge the filmmaker for not satisfying immediate expectations, I look elsewhere; beneath the surface, for example. At Cinematical, Eric Snider describes the film's characters as "selfish, gorgeous people having sex and lying to one another while undergoing a bland process of self-discovery." Truly hung up on their good looks, he calls them "high-cheekboned stick figures." His glib refusal to acknowledge anything beneath the surface and his entrenched lack of generosity genuinely surprises me as I suspect that Ricardo de Montreuil has chosen his handsome cast and his scenic location in all their surface beauty to purposefully reference sad, dark indirection underneath. What further surprises me is that not a single critic I've read has referenced Máncora's literary precedent: perhaps one of the most important poems to come out of Latin America—César Vallejo's Los Heraldos Negros (The black messengers)—whose narrative inclusion insinuates the film's poetic depth. All that Santi's father leaves him after committing suicide is a volume of Vallejo's Los Heraldos Negros and the car with which he can return to Máncora; a roadtrip which belies a hoped-for return to innocence, which—I would have to argue—is a roadtrip that cannot reach its destination. I quote Vallejo's poem in the fullness it deserves.

As with any great poem, a single translation rarely suffices. So I offer two; the first by Clayton Eshelman and the second by an unidentified source. [If anyone knows this unidentified translator, I would appreciate being advised as—of the two—it's my favorite translation.]

There are few; but are . . . opening dark furrows
in the fiercest of faces and the strongest of loins,
They are perhaps the colts of barbaric Attilas
or the dark heralds Death sends us.

They are the deep falls of the Christ of the soul,
of some adorable one that Destiny Blasphemes.
Those bloody blows are the crepitation
of some bread getting burned on us by the oven's door

And the man . . . poor . . . poor!
He turns his eyes around, like
when patting calls us upon our shoulder;
he turns his crazed maddened eyes,
and all of life's experiences become stagnant, like a puddle of guilt, in a daze.

There are such hard blows in life. I don't know.

* * *
There are blows in life so violent—I can't answer!
Blows as if from the hatred of God; as if before them,
the deep waters of everything lived through
were backed up in the soul . . . I can't answer!

Not many; but they exist . . . They open dark ravines
in the most ferocious face and in the most bull-like back.
Perhaps they are the horses of that heathen Atilla,
or the black riders sent to us by Death.

They are the slips backward made by the Christs of the soul,
away from some holy faith that is sneered at by Events.
These blows that are bloody are the crackling sounds
from some bread that burns at the oven door.

And man . . . poor man! . . . poor man!
He swings his eyes, as
when a man behind us calls us by clapping his hands;
Swings his crazy eyes, and everything alive
is backed up, like a pool of guilt, in that glance. 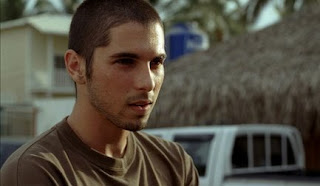 So what does an appreciation of Vallejo's poem add to Ricardo de Montreuil's Máncora? I would say that it reveals the capacity of human guilt to draw an individual towards death—like a moth to flame—out of blinding weariness; a weariness that—though perhaps in and of itself universal—finds specific cultural inflection in de Montreuil's Peruvian setting. Not only is it the guilt that destroys Santi's father; but, the guilt over his father's death that leads Santi to his own destiny; i.e., his destination.

Ivan Arguelles has written that "Vallejo's verse is a convoluted thorn bush of passion and suffering." Throughout his life, César Vallejo focused on human suffering and the isolation of people victimized by inexplicable forces. Contrary to what Eric Snider might want us to believe, it really doesn't matter if victimized people are goodlooking or not. What's easy on the eyes—whether through people or landscapes—does not obviate what is difficult for the soul. One of the stylistic features of the "modernista" poems in Vallejo's volume of poetry Los Heraldos Negros—considered somewhat taboo at the time—was precisely the addition of erotic lyrics to the descriptions of beautiful landscape. Not only has Ricardo de Montreuil referenced this at every turn; he has used the medium of film to show us. 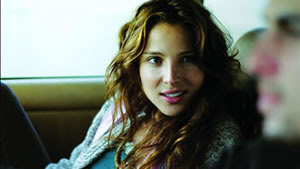 Further, Vallejo was a poet who was bewildered with the harshness of city life in Trujillo and Lima, where he studied medicine, literature, and law. In Santi's disillusionment with Lima—which repeatedly fails him—I see a comparable bewilderment. Vallejo felt that the faith in which he was raised was no longer viable, and Santi certainly expresses this to Ximena while en route to Máncora. Vallejo's recurrent themes of urban alienation and the apparent senselessness of his suffering, his lament at his status as an orphan unprepared for the brutality of life in a world where God himself seemed powerless to intervene adds underscored insight to Santi's plight. Finally, I strongly recommend Sandy McKinney's sensitive analysis of Vallejo's poetry to further understand what I presume was Ricardo de Montreuil's observational position in Máncora.

McKinney writes: "Vallejo's personal investment is summed up in stanza three: he is speaking here not of specific misfortunes, but of original sin itself: that crushing uncertainty with which man questions his place in the universe, and the bitter sense of loss that accompanies that question. It is the sin of consciousness. For a population always hungry, the poet could hardly have chosen an image of loss and desolation more apt than that of seeing the day's bread burn to a cinder. It is a graphic symbol of the loss of Paradise.

"…And what emerges from this horror? The dignity of pain? The faith that springs up in a chastened soul? No. Guilt. Guilt and the unforgettable terror and bewilderment in those crazy eyes."

On the distribution front, Peter Kneght relays an announcement made at Máncora's screening at the Los Angeles Latino International Film Festival that de Montreuil's film has been acquired by Maya Entertainment. As part of the agreement, Maya Entertainment will roll out Máncora in Los Angeles and Miami in the spring of 2009.

Thanks for your review; I just discovered this movie today.

The use of Vallejo's poem at the beginning was the first thing I noticed -- the thing that really made me sit up and pay attention. I instantly recognized the lines of one of my favorite poems in Spanish and wondered where the movie was going with this.

Maybe no other reviews mentioned it because movie critics don't read enough poetry? -- Who knows? But thanks for tying it in with the movie, because it's the most important element for understanding the work: a Peruvian poet quoted in a Peruvian film.

Todd, thanks for stopping by to comment. I can't tell you how gratifying it is to have someone appreciate a piece of writing that has been sitting on the shelf for nearly four years. I'm glad you see why I considered it important to emphasize Vallejo's poem.

Thanks for the review. Must see the film now. Was looking for translations of 'The Black Heralds/Messengers' when bumped into your blog. Using the poem for a Creative Writing class. Appreciate your comments on Vallejos's poem. Great job! :)