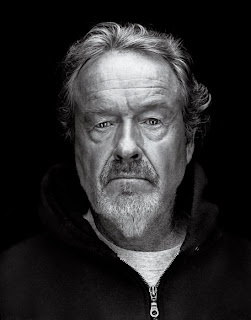 Switching replicants in the middle of a dystopian dream can get you wet and sometimes scolded, as director Ridley Scott discovered with recent commentary surrounding the release of Blade Runner: The Final Cut. One gets the sense that audiences feel entitled to their initial experiences of a film and they don't take too well to said experiences being tampered with, either through a director who's poised to deliver his vision as he initially intended it, or through state-of-the-art technology that can visually perfect it.

Whether or not you feel that Ridley Scott is pulling a fast one by now claiming that Deckard was always intended to be a replicant, and whether or not that makes you feel differently about the film's narrative thrust, or whether or not that admission adds heft to a project that was already heavily-loaded with gravitas, you can decide for yourself when the five (that's right, count 'em, five)-disc DVD release of Blade Runner: The Final Cut hits the shelves in December. Until then, Ted Greenwald's interview with Ridley Scott for Wired (Issue 15:10) offers keen insight into the director's current stance with some sweet reminisces from the likes of Neil Gaiman, Zack Snyder, Raymond Kelly, J. Craig Venter, Thom Mayne, Ray Kurzweil, Mamoru Oshii, and Moby about what Blade Runner meant to them when they first saw it.

One of my favorite bits, albeit a throwaway without much explanation, is Scott's admission that he consciously chose to go Asian with his futuristic scenario rather than Hispanic. Several Chicano theorists have criticized Scott for what they feel is an inaccurate depiction of the future San Angeles.

Twitch, of course, has been all over this, since Todd Brown's initial announcement back in May, Aardvark's follow-up in July, and Todd's most recent update in August when it was announced the film would screen in Venice. Fred Kaplan at The New York Times covered the Final Cut's late September appearance at The New York Film Festival.

Photo of Ridley Scott courtesy of Robert Maxell and Wired Magazine. Cross-published on Twitch.
Posted by Michael Guillen at 10/12/2007 02:37:00 PM

Interesting interview. Michael, what's your own take on the Asian vs. Hispanic visualization of future LA?

I was on a board at the Mexican Museum with a fellow who wrote his thesis on this some years back and he completely convinced me that the vision of San Frangeles was erroneous and borderline racist. But again, it's a question of it being Scott's vision and he's the one who got the funding for it so, guess what? He gets to run with it.

It works both ways, though. Scott elected to go Asian because Asians are, of course, associated with technical gadgetry. That likewise strikes me as borderline racist.

I must admit that whenever I've given a second thought about ethnicity in Blade Runner, I just assumed Deckard's beat happened to center around a heavily Asian part of San Angeles, not that it was intended to represent the entire megalopolis. It seems from the interview that my interpretation was not the one Scott intended to present, however. And I must recognize that the luxury I have in not having felt the necessity to give this issue more than a second thought is because I come from a place of certain (Anglo) privilege. I'm thankful you've brought it up for this reason.

Interestingly, Olmos's role as Gaff is much larger than that of any individual actor of Asian descent.

Perhaps even more interesting is something that I'm sure I'd never considered until engaging in this discussion: the shared ethnicity of all the actors playing replicants in the film. Replicants are a slave class, but also said to exemplify perfection. What implications does THAT have?