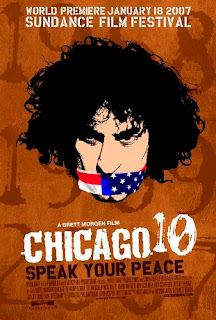 Filmbud Frako Loden offers up some off-the-hip commentary on three documentaries she caught at this year's Mill Valley Film Festival.

Chicago 10—An energetic and engaging but superficial account of the police brutality on demonstrators at the 1968 Democratic National Convention and the subsequent conspiracy trial. As an historical account the film is useless—it doesn't even mention who the Democratic nominee was (Hubert Humphrey) and makes a glancing reference to the assassination of Martin Luther King but not Bobby Kennedy's. I still don't understand the title—who are the two additional defendants? The film's decided emphasis is on Abbie Hoffman and Jerry Rubin, the most ostentatious and media-savvy of the defendants and the figures most likely to inspire the youth of today. Since there are no images from the trial, the film employs motion-capture computer animation and famous voices (Hank Azaria, Nick Nolte, Mark Ruffalo) to repeat words from the trial transcripts, with an emphasis on the funny and most dramatic lines. Interspersed with the trial is a recounting of the days leading to the final police assaults using vivid archival footage. Rage Against the Machine stands in for MC5 doing "Kick Out the Jams." For me, the overall effect of the film was to say that the leaders of that antiwar generation were cool and sexy—a great ensemble cast for a future live-action film—and that they had a more challenging political climate to fight against, given Mayor Richard Daley's determination to subdue the demonstrators, charges of Communism still alive in the late '60s, and a war where troops were being killed at many times the number dying currently in Iraq. 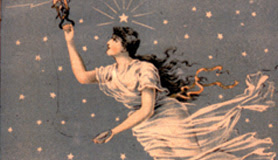 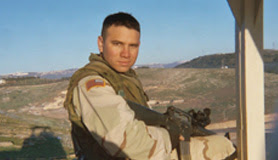 So far my favorite documentary at Mill Valley is Soldiers of Conscience, featuring the stories of a number of soldiers who, already in the military, decided they couldn't take lives and either deserted or refused movement. This is an impeccably argued film about an individual's considered decision, after much reflection, not to follow orders to kill. We were sad not to see Lt. Ehren Watada (whose court-martial has been postponed to the end of this month) among them, but apparently his refusal came after the shooting of this film. It opens with some astonishing statistic, I forget the details, about a vast majority of soldiers never firing their weapon once. And that most people, faced with the kill-or-be-killed scenario, simply refuse to kill. It argues that the highest assertion of one's freedom is to listen to one's conscience, and that conscience is wired to have empathy for one's fellow.

Nice to see Frako's insight here. :) I want to see "Passion and Power: The Technology of Orgasm" :)

Hi Tony! I see we are on the features committee of SFIAAFF together again!

PASSION AND POWER is my favorite film so far this year! Can't wait to snag the DVD and proselytize.