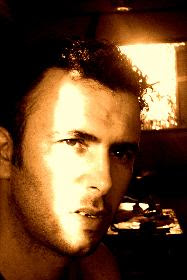 At the 2006 Carthage Film Festival—the biannual October film festival hosted by the government of Tunisia—Nouri Bouzid's Making Of won the festival's grand prize: the Tanit d'or, or "Golden Tanit" (named for the lunar goddess of ancient Carthage; the award is in the shape of her symbol).

As the opening night feature of the 11th Annual Arab Film Festival ("AFF"), Making Of offers Bay Area audiences an intriguing conceit: Brecht in Tunisia. As the AFF program capsule cites: "Nouri Bouzid shows the audience the parallels between the creation or 'making of' a suicide bomber from an apolitical young man, and the direction of an actor in a controversial role that both he and his director are uncomfortable with. Thus, director Bouzid stages a debate within his own film concerning the causes of terrorism and the burdens on those (like him and his cast) who are bold enough to try to represent it in cinema." True to Brecht, the film makes you think more than feel and encourages argument about the ideas it suggests. Breaking the proscenium allows the ideas to gain a staged complexity. 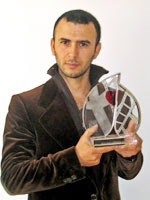 Along with winning the Golden Tanit at the Carthage Film Festival, Lotfi Abdelli won Best Actor for his lead performance; a win he has since repeated at the Ouagadougou Panafrican Film and Television Festival (FESPACO); Le Festival International du Film d'Amour de Mons in Belgium; the Tetouan Mediterranean Film Festival in Morocco; the Tribeca Film Festival in New York; and the Taormina Film Festival in Sicily.

As Michael Hawley has indicated, Abdelli's award-winning performance as Bahta is the main reason to watch this film. Variety's Ronnie Scheib concurs that—despite the film's "erratic itinerary"—as a central character Bahta is "brilliantly conceived and thesped" and Abdelli's "edgy, agonized performance" illuminates "the tortured complexity and restlessness of Tunisian youth." 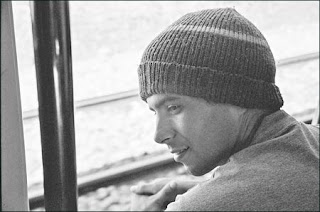 Alongside his theatre and film work, Abdelli is a professional dancer trained at the Ballet Théâtre National and the Tunisian Ballet National and engaged with Tunisia's important ballet and dance ensembles, including the Théâtre de la danse company, which he helped found. The film's early breakdancing sequences are quite thrilling and enforce the film's Brechtian premise that—hired onto the film as a break-dancer and without having read the entire script—Abdelli objects when he discovers the script has his character Bahta being indoctrinated as a terrorist. His protests force Director Bouzid to break the fourth wall and enter the take in an attempt to counter his actor's reluctance and to complete the film as both a fiction and a documentary. This layering of narratives and usage of a film within the film is fueled and sustained by Abdelli's charismatic performance and—though these cinematic devices might prove annoyingly transparent to Western audiences—it should be kept in mind (as the Festival Cinema Africano program capsule contextualizes) that Making Of "offers one of the most original and in depth approaches by Arab cinema to the issue of terrorism, developing the 'unconventional' aspect of religious extremism that is highly appealing to young people lacking self-confidence and rejected by a society that has no respect for them." (Italics mine.) Contextualizing the effort might deepen the appreciation. 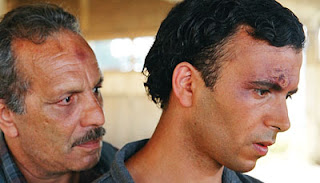 A staccato "music video" of the film with some additional footage of Making Of's festival win at Carthage can be found here.