What distinguishes the Idaho International Film Festival (which just wrapped up yesterday evening) is precisely its regionality. Sure, programmer Bruce Fletcher brought Boise some choice films—the U.S. premiere of The Walker, S.F. audience favorite Rolling, vintage ‘70s O, Lucky Man! and the Cannes-acclaimed Ten Canoes from Down Under, but it was the platform he provided independent filmmakers from Idaho and surrounding Oregon and Washington states that characterized the spirit of IIFF’s mission: to encourage local filmmakers with the incentive of exhibition. Motivated by a variety of visions and ambitions, the regional line-up was admittedly a mixed bag of efforts, but here’s a selection of the titles that caught my eye and/or ear. 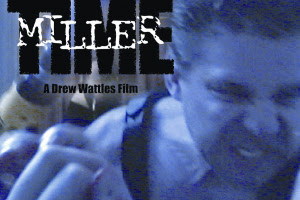 At each of its screenings, Drew Wattle’s five-minute short Miller Time provoked ire and outrage among its audience, some of who vociferously demanded a refund. This kinky scenario, interpreted by Wattle from writer Will Schmeckpeper’s otherwise innocent script, positions a diorama that ingeniously combines DeWalt power tools, a dildo, and some S&M-tinged revenge wafting in the air. The short’s sardonic humor clearly catapulted over its Boise audience even though it will probably cause a San Francisco audience to cheer gleefully when it (hopefully) arrives Bayside. Wattle and Schmeckpeper interpret the outrage as a “badge of honor”; as well they should. 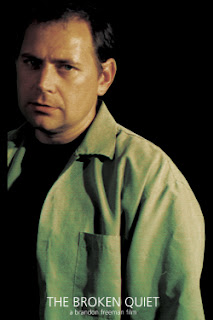 Inversely, a regional darling at the festival given prime coverage in the Idaho Statesman was Brandon Freeman’s The Broken Quiet, which initially made me want to hurl a few epithets or both of my boots at the screen for its Christian anti-abortionist stance. But as I settled into the screening, I found myself respecting the film if not liking it much. I suspect The Broken Quiet would be booed off the stage of San Francisco’s exhibition venues, which demands some consideration of who the film is for and how it will find its appropriate audience? My respect increased when I discovered this first feature was made for $700! And when it gradually dawned on me that it’s a film that will not completely satisfy Christians because of its strong language and because it somewhat downplays the issue of abortion to focus on the effect such a powerful issue has upon the film’s characters. Which shifts it out of the realm of simpleminded proselytization and brings it down to the work of a single visionary with a story to tell and some notable talent and potential to tell it. That’s not to downplay the film’s position, which I confirmed with Freeman. He is definitely an anti-abortionist, no bones about it. As he explained to Erin Ryan at the Idaho Statesman: “Everything I do, in the end, my motivation is to glorify God, not to preach or evangelize, but to do the best I can for Him.” Conflating prayer with a punching bag, Freeman makes clear this will be a lifelong fight.

So just as the woman in Miller Time’s audience protested that the short had no business being in an international film festival; a comparable argument could be levied at The Broken Quiet. And yet these two examples of regional filmmaking balanced against each other somehow demonstrate the appropriateness of both, and cancel out the crisscrossing objections. Film is meant not only to entertain but to challenge and agitate, no matter which side of an issue you’re on, and perhaps even more importantly, no matter what you’re intending to do with the film. Perhaps precisely because of his short’s acquired status as IIFF's lightning rod, Drew Wattles might push Miller Time out into the world, now that he knows he can get such a rise out of it. It doesn’t sound like that was his original intention; but, his festival experience has provided the insight. Likewise, Brandon Freeman didn’t make his film to solicit a Hollywood deal but because he felt compelled to by the dictates of his faith. As Bruce Fletcher recognized, “[Brandon’s film is] fiercely non-commercial. He made the film to tell a story; he didn’t make it as a calling card to get a job as a director.”

The Broken Quiet’s best scene, however, is when the aborted fetus returns as the vision of the grown man he could have been. Chills ran up my arms as I thought, “Oh my God, this is becoming an effective horror piece based upon Christian principles!” But it was only a tease. Freeman then returned to a more traditional narrative trajectory when he could have yanked open one of the doors to Hell. Regret has rarely been rendered so ominously and it would be interesting to see what Freeman could accomplish combining his faith and the horror genre.

I wish both filmmakers luck navigating the rocky waters of protest. 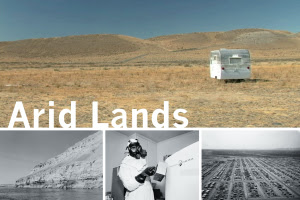 Arid Lands, directed by Grant Aaker and Josh Wallaert could easily have been two or three separate films. There’s a lot of information to digest, all of it quite interesting, but some trimming might help this film punctuate its points more effectively. Several scenarios are laid out in sedimentary fashion, layer upon historical layer, layer upon geological layer, layer upon cultural layer. Focusing on the arid lands of the mid-Columbian basin with its indigenous scrub brush steppes, Aaker and Wallaert succeed in reconfiguring geography as a cultural force that affects the daily lives of individuals and communities. The relationship of how man shapes his environment is notated in succession by the respectful harvesting of indigenous Amerindians; the reclamation by advancing agriculturalists of godforsaken land via irrigational “baptism”; the Federal appropriation of the land for the Hanford nuclear site where plutonium was produced for the Trinity tests and the bombing of Nagasaki; and the urban sprawl encouraged by the largest environmental cleanup in history with its relentless development tracts and the rise of vineyard agritourism. Arid Lands is essentially an ode to the spirit of a particular place; a landscape of incredible contradictions marked by conflicting perceptions of wilderness and nature. 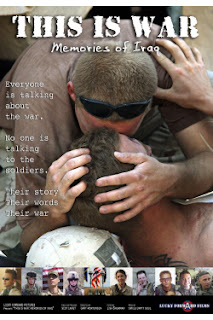 This Is War: Memories of Iraq, produced by Scot Laney and directed by Gary Mortensen chronicles the yearlong deployment of members of the Oregon National Guard 2/162 in Iraq, specifically through home movies made by the soldiers during their 2004 deployment. Though I will be writing this film up in greater detail, I do want to note that what distinguishes it from the many documentaries and features I have seen in the last two years on the subject is the unexpected usage of necessary gallows humor to survive the horrific circumstances the Bravo Co., 2/162 battalion is subjected to daily. Surprisingly, this movie made me laugh a lot because the soldiers themselves were so damn funny about their experiences under extreme stress, which is not to say that it does not soberly address the horrors of war through a personal register not usually heard in mainstream reportage. 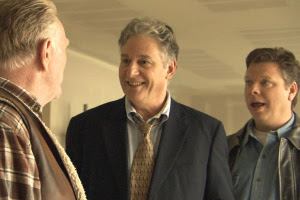 Another great opportunity for the “Local Heroes” to flex their creativity was at a program of shorts under just that title. The program began with A.J. Eaton’s The Mix-Up, which set the unsurpassed bar for the evening. A perfectly pitched comedy, crisply edited, well-acted, and concisely written, The Mix-Up is an intact professional piece of filmmaking, integral unto itself. Having already played at the 2007 Palm Springs ShortFest, IIFF was its second stop, on what should be a robust festival run.

I’m not quite sure why Mack Lewis’s 1991 short Double Crossing has taken so long to be shown. But better late than never, especially with this clever homage to the classic police procedurals of the ‘50s and ‘60s. Filmed entirely in Boise in atmospheric black and white, Double Crossing delivers its script with tongue frequently in cheek.

John Jensen’s Land of the Free is a well-produced dystopian vision of the not-too-distant future where fighting Homeland Security becomes the second American Revolution. Marred only by the fact that it’s meant to be a calling card to solicit funding for a larger project, it frustrates for introducing elements it never develops. Here’s hoping Jensen finds the money to burnish, let alone finish, his vision.

300 Pounds by Ron Torres is an admittedly silly spoof of Zack Snyder’s 300. Torres, who appeared on stage mohawked and happy knows who he is, what he’s created, and how he wants to distribute it, reminding that DYI can be fun. I loved the Spartan helmets that looked like they were made with cardboard, masking tape and bronze spraypaint.

10/01/07 UPDATE: Double Crossing director Mack Lewis emailed an explanation for the timelag between the film’s shooting date (1991) and its presentation at this year’s IIFF. Essentially, this was a revival screening.

"The film was shot over a day and a half in August 1990 with extra shots picked up the following April. Post-production was completed late August 1991. …Several of the locations no longer exist and show a vastly different Boise than the one we live in today. Scenes shot before the revitalization of Boise are the more apparent examples.

"The film can almost be seen as a period film or even a time capsule of sorts. It reflects a different time and style of filmmaking in a way that gives it a uniqueness that it didn't have when originally produced.

"The short was entered in the Idaho Film and Video Association's Nell Shipman Awards in 1992 and won for Best Short and Best Director. The screening held at the Idaho International Film Festival is its first public screening in 16 years.

"The short was also available for many years as a free rental at the Flicks. Over the course of the weekend, many people recounted tales of having rented the VHS tape and enjoying see the short on the big screen for the first time."
Posted by Michael Guillen at 10/01/2007 08:30:00 AM

Thanks for the article. I was at the showing of Drew's short during that outburst, and while I wasn't one to necessarily appreciate the "twist" (no disrespect to Drew), interestingly enough, the same thoughts you shared occurred to me. Many people that don't share my views and perhaps even felt offended by my choice in content for THE BROKEN QUIET were respectful and either sat through it or quietly left.

I'd also like to say that I was very honored to share the Festival with all of the local guys that have been doing this for years. It was a pleasure, and I look forward to playing again.

Brandon, thank you for stopping by to comment and I'm glad we share a healthy respect for variance in opinion. Please keep me apprised of how The Broken Quiet fares outside of the Boise region; I'd be interested to monitor how the film finds its legs. Abortion is, of course, a lightning rod issue and one that is very much on people's minds as the Supreme Court nears a reversal of the Roe v. Wade ruling. Likewise, I know that Lake of Fire has engendered much discussion at the New York Film Festival

Ooops, correction, my fingers are faster than my mind this morning. I meant to say that Lake of Fire has engendered much discussion upon its distribution. I don't believe it's actually screening at the New York Film Festival.

Likewise, 4 Months, 3 Weeks, 2 Days out of Romania has moved audiences with its exploration of how the issue affects the individuals involved.

Thank you again for adding your own brave vision to the public forum.

Thank you for the kind words about "Double Crossing." They are GREATLY appreciated.

You're welcome, guy. Thanks for stopping by. Keep up the good work.