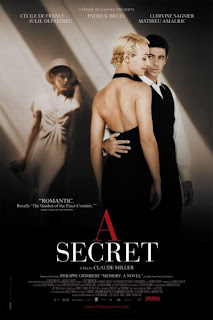 Claude Miller's A Secret is a solid, satisfying drama about the consequences of barely-guised desire set against the dangerous political background of Nazi-occupied France. Based on Philippe Grimbert's autobiographical novel, A Secret constructs its revelations through enspirited premonitions and layered flashbacks, interestingly rendered in full color while the present day is shot in black and white; a cinematic inversion of the norm that works quite successfully, as if to say (by way of color) that there is more life in the past than there will ever be in the present. In other words, the colorful secrets of the past have leached the vitality out of the present. 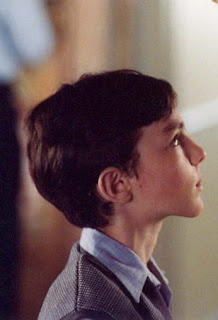 Scrawny François (Valentin Vigourt) was born a four-pound baby who, despite vitamin B injections, has never physically developed into any form of noticeable strength. His imagination is strong, however. He imagines a stronger older brother who defrays the frustrated disappointment of his athletic father Maxime (Patrick Bruel) and champion swimmer mother Tania (Cecile de France). How could someone so slight slip from their loins? And why does his imagined brother drive his parents to aggravation? When François discovers a toy in the attic, truth escalates until François realizes that his imaginary brother is not as imaginary as he once believed; ghosts being those most inclined to reveal hidden secrets. 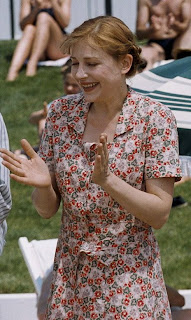 Said secrecy is not just about how François' parents survived the Occupation, but—to Miller's credit—a nuanced study of the near impossibility of keeping secrets. Though it's never openly stated, Aunt Louise (Julie Depardieu)—who reveals the family's skeletons to François at 15 (Quentin Dubuis)—comes off as Lesbian (in a fascinating award-winning turn as the non-judgmental keeper of the family's secrets). Maxime who has tried to make his Jewish ancestry secret by aggressively wishing it away, baptizing François Catholic and Gallicizing the family name, is brought fullface to his unsuccessful evasions when his first wife Hannah (Ludivine Sagnier) disastrously claims her Jewish identity, and that of their son Simon (Orlando Nicoletti), in a moment resembling Medea's inturned rage. The horrors inflicted upon the Grimbert (previously Grimberg) family by the Nazis strike a significant balance with those incurred by the family's paterfamilias Maxime, whose regrets in old age truly are illuminations come too late.