ANIMATION—An Evening At the Balboa With Animation Legend Richard Williams 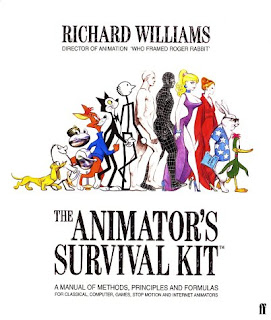 November is lining up to be Animation Month here in San Francisco, not only with the San Francisco Film Society's International Animation Festival mid-month, but kicking off with a rare public appearance by award-winning animator Richard Williams at San Francisco's Balboa Theatre on Sunday, November 2, 7:00PM. Winner of three Academy Awards, animation director of Who Framed Roger Rabbit? and author of the definite The Animator's Survival Kit, Williams will be in the Bay Area to meet with animators at Pixar, ILM and other effects and animation houses. He has agreed to appear at this public showing to benefit the local Animation Association, ASIFA-SF. General Admission is $9.00. Seniors and children under 12 years are $6.50. Advance tickets are available here. 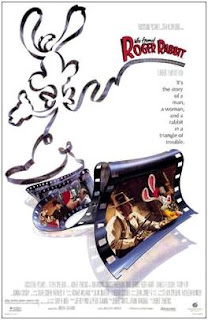 As Gary Meyer has advised, Richard Williams has been in the animation business for over 50 years. He created the Oscar-winning A Christmas Carol, directed the animation in Who Framed Roger Rabbit? (two more Oscars), created memorable opening titles for features (The Return of the Pink Panther, The Pink Panther Strikes Again, What's New Pussycat?, Casino Royale, The Charge of the Light Brigade), award winning TV commercials, and other projects including the feature Raggedy Ann and Andy: A Musical Adventure.

As the head of an award-winning studio producing animated commercials for many years he constantly strove to improve the quality of his art. This resulted in his hiring retired Hollywood animators to teach a new generation of artists the craft at his studio. For years copies of lecture notes from these classes were passed around from animator to animator. Then in the 1990s he toured the world presenting The Richard Williams' Masterclasses. That resulted in his best selling book The Animator's Survival Kit (2001) that is a standard reference for any animator today. Now a 16 disc DVD boxed set of his classes taped as he presented his lectures to employees at Blue Sky Studios in NY is about to be released. It includes 412 new animated clips by Williams and other features. 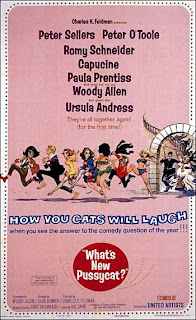 At the Balboa, Richard Williams will be talking about the principles of animation and illustrating them with excerpts from his new DVD set The Animator's Survival Kit—Animated. His wife Imogen Sutton writes, "We have had terrific reactions to this program at Blue Sky Studios (all animators) and at Pordenone Film Festival where there was a general film audience of historians, archivists, academics etc. Dick usually tries to demonstrate by acting things out where necessary—he doesn't like to just stay seated. We expect the show to run between 90 minutes to 2 hours including lots of Q&A." Everyone will get a complementary DVD about Williams' new work. Don't miss this once-in-a-lifetime presentation!

Karl Cohen, author, SF State instructor and president of ASIFA-SF, will moderate the program. This program is a benefit for ASIFA-San Francisco, a member of the Association Internationale du Film d'Animation with almost 40 chapters around the world. ASIFA-SF is a volunteer-run group that presents monthly events (special screenings, lectures, networking parties, etc.) and publishes a large informative monthly newsletter.