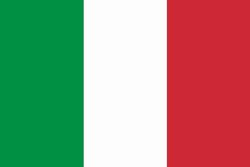 About a week after New Italian Cinema wraps up in San Francisco, and with appetites whetted for Italian cinema, Pacific Film Archive—in collaboration with Instituto Italiano Cultura di San Francisco—launches "Moments of Truth", their 11-film tribute to the classics of Italian cinema. As Judy Bloch, Publications Director for PFA writes: "Neorealism (the term coined by Italian critics in 1942) is generally acknowledged as the first full-fledged movement for an authentic cinema, a reaction both to fascist Italy's escapist films and the inherent capitalism of Hollywood-style product. But neorealism was a far cry from cinema verité; as lyrical as it was direct, as sentimental as it was polemic, it was, after all, art. Our series celebrates the art in this initial moment of truth and its many inheritors in Italian cinema."