Mark A. Vieira—Hollywood Dreams Made Real: Irving Thalberg and the Rise of M-G-M 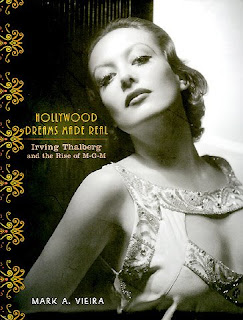 Mark Vieira has an undisputed eye for beauty, especially the glamorized beauty of Hollywood's golden studio era. A portrait photographer, film historian, and the author of four previous volumes—Hurrell's Hollywood Portraits, Sin in Soft Focus: Pre-Code Hollywood, Hollywood Horror: From Gothic to Cosmic, and Greta Garbo: A Cinematic Legacy, all published by Harry N. Abrams, Inc.—Vieira graciously forwarded me his latest Abrams publication, Hollywood Dreams Made Real: Irving Thalberg and the Rise of M-G-M, and I've been admittedly ensorcelled by Vieira's stunning selection of previously unpublished photographs and his informative and revelatory commentary. 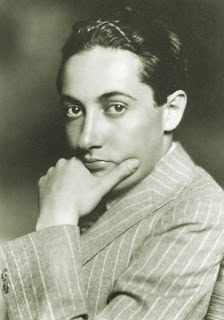 Nicknamed Hollywood's "Boy Wonder," Irving Thalberg was running Universal Pictures at the age of 20 and M-G-M at 23. From 1924 to his untimely death in 1936, he supervised more than 400 M-G-M films; made stars of—among others—Norma Shearer, Jean Harlow, Clark Gable, Joan Crawford, Lon Chaney, and Greta Garbo; and helped to elevate film to the level of fine art. Hollywood Dreams Made Real tells the story of Thalberg's short but productive life and confirms his role as the prime architect of the Hollywood studio system. 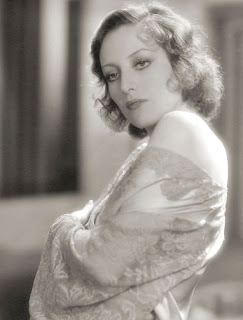 Thalberg pioneered many of today's filmmaking practices, including story conferences, sneak previews and the resulting retakes. But he was a complex and often contradictory man, regarded by some as a genius and by others as an exploiter of writers. In Hollywood Dreams Made Real, Vieira sets the record straight. The author includes accounts of Thalberg's rise to prominence in the company of colleagues who later unseated him; anecdotes of Crawford's competition with Shearer; and evocative stories of the making of Thalberg films, from the brilliant all-star vehicle Grand Hotel to the bizarre horror film Freaks, which literally sickened viewers. Vieira interweaves the recollections of Thalberg's wife, Norma Shearer, and those of other M-G-M veterans with newly discovered interviews and data from unseen production records. More than 200 previously unpublished photographs comprise a treasure trove of images from Thalberg's films. The result is both a portrait of a Hollywood pioneer and an enchanting tour of the magical world he created. 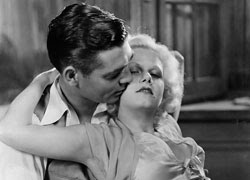 To celebrate the publication of this lustrous volume, the Rafael Film Center has programmed three rare treasures from this legendary producer. On Wednesday, October 29, 7:00PM, Vieira will present Red Dust and on Thursday, October 30, 7:00PM, he will present The Merry Widow. Vieira will guide discussion after each screening and then sign copies of his new book, which will be made available for purchase at the Rafael. On Sunday, November 2, 7:00PM San Francisco Chronicle film critic Mick LaSalle will round out the series with a screening of Private Lives and guide discussion afterwards.

If this book is half as good as Viera's Garbo volume I'm widthholding Santa's cocoa and cookies until he delivers this one under the tree for x-mas. Thanks for the heads up.