Global Lens 2007 hasn't even screened yet here in the Bay Area (coming up this Fall); but, I've just heard word of Global Film Initiative's 2008 line-up and it's so fantastic—including selections from New Crowned Hope, FIPRESCI and Un Certain Regard—that I have to share it right away. Commited to diversity, Global Film Initiative's choice of 10 award-winning narrative, feature films hail from Argentina, China, Croatia, India, Indonesia, Iran, Lebanon, Philippines and South Africa.

"The films selected for Global Lens 2008 are beautiful, powerful stories that represent the best of cinema from around the world—they must be seen and experienced," says Susan Weeks Coulter, Board Chair of The Global Film Initiative.

Global Lens 2008, now in its fifth year, will premiere at the Museum of Modern Art, New York in January, before embarking on year-long tour of over thirty cities across the United States. Look here for screening-dates and locations. 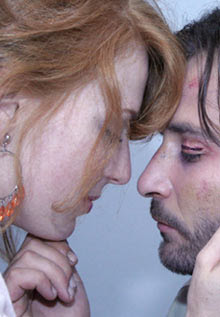 A resilient housewife's job of collecting cash bets on the local numbers-game takes a psychological toll on her in the days before All Saint's Day. IMdb's External Reviews. 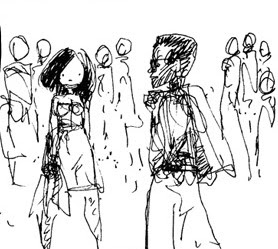 Three up-and-coming comedians head out on a road trip, abandoning rules, reason and girlfriends to find music and the meaning of life in the "new" South Africa. IMdb External Reviews.

A man's threshold for the mundane is chronicled by the uneventful days of his life as a bodyguard for a high profile politician. IMdb External Reviews. 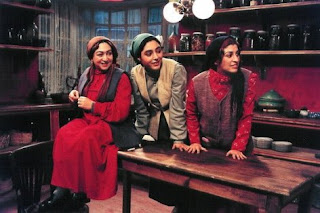 A group of resourceful women use food to convince a stubborn businessman to allow them to continue operating a restaurant in a building he owns. IMdb External Reviews.

Set during Argentina's economic crisis of the nineties, a drug-addicted mother struggles to keep her life afloat with the aid of her fiercely affectionate nine year-old daughter. Wikipedia profile. 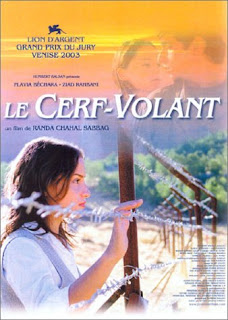 On the eve of her marriage, a Lebanese girl realizes she is in love with the Israeli solider guarding the border checkpoint that separates her from her fiancé. Here's Acquarello's review at Strictly Film School and the IMdb External Reviews.

At the height of nuclear-tensions between India and Pakistan, a restless group of friends weigh the bitter reality of their lives against fate and the philosophy of a nation. 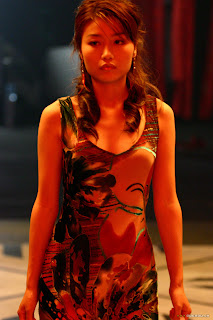 A man travels to the city to visit his daughter—a karaoke bar escort—hoping to fulfill his wife's last wish of finding their missing son. IMdb External Reviews.

In the lush interior of Java, a potter's wife is seduced into a tragic love triangle in this stylish adaptation of the Hindu epic, The Ramayana. Here's Doug Cumming's write-up for Film Journey and the IMdb External Reviews.

I guess this is as good a time as any to also announce that I have been appointed to the Board of Directors for The Global Film Initiative and I'm already looking forward to the January premiere in Manhattan! Wouldn't you be excited too?!
Posted by Michael Guillen at 8/07/2007 12:06:00 PM