Continuing with The Evening Class celebration of the 85th anniversary of The Castro Theatre, filmbud Brian Darr breaks from his own site Hell on Frisco Bay to offer up five functions the Castro performs for Bay Area cinephiles.

I was born at Kaiser on Geary Street, and raised in the Richmond District, but for the longest time I took the Castro Theatre for granted. The first time I made plans to go was my senior year of high school: I invited a young woman to see the revival of Citizen Kane that stopped there in 1991. It was the night of our Senior Prom and the invitation was intended to diffuse the pressure of going to that event, but somehow it didn't. We ended up at Prom instead of at Xanadu, and it would be a few more years before I'd finally visit the venue for an edition of "Spike and Mike's Festival of Animation".

It's hard to narrow down even a dozen years or so of attending the Castro, so I've picked five functions I see as an essential part of the venue's contribution to the city, with a representative reminiscence for each.

It's the only place in town to view certain kinds of film prints. Want to see 3-D movies from the 1950s projected as they should be, utilizing a dual projector system and a silver screen? Or a 70mm print of a classic film? The Castro is the only place north of Palo Alto with the capability for you to do so.

I've seen Alfred Hitchcock's Vertigo several times at the Castro, and the majority of these screenings were on 70mm prints with incredible clarity. It's the quintessential way to see the quintessential Frisco film (perhaps the quintessential film?) I know that there are archivists and Hitchcock scholars who disliked some of the restoration choices made for the film's 40th anniversary in 1998, but this is the version of the film I fell in love with on that screen, and I'm happy there's a place in town that regularly plays it.

Two
It plays mind-expanding double-bills (and sometimes even triple-bills). There's no better way to expose audiences to avenues of cinema they might not travel down than to put together two-(or three-)for-the-price-of-one packages of films to otherwise take the risk and plop down their full admission price for. The Castro has a lively tradition of these opportunities. 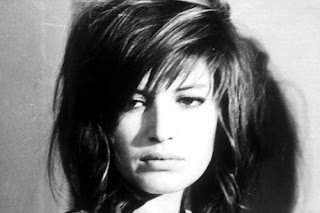 One double-bill particularly stands out in my mind, a 2001 pairing of two films that have never been released in adequate home video editions: Orson Welles' The Trial and Michaelangelo Antonioni's The Red Desert. Seeing these together on the Castro's overwhelming screen was a touchstone experience for me. I was drawn there by Welles and Kafka, but came away a fan of Antonioni, Monica Vitti, and the kind of "contemplative cinema" embodied in The Red Desert, that I'd never really warmed to before. 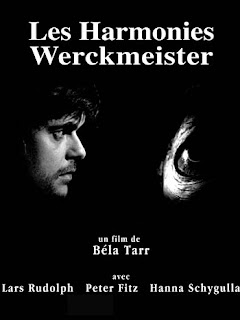 It's perhaps the largest screen in the country to regularly show recent arthouse films. Mostly this is during film festivals, but there's also a tradition of placing theatrical engagements of the most challenging and rewarding art films inside the Castro's palatial walls.

I'll never forget the Castro's week-long engagement of Werkmeister Harmonies in early 2002. Bela Tarr's modern masterpiece towered over we feeble moviegoers for several screenings daily. More than a half-decade later and I can still hear the sounds of marching Hungarians echoing in my brain. I only wish I'd had the foresight to attend more than once when I had the opportunity.

Four
It's the home for retrospectives of cinema's greatest directors (and sometimes actors, composers, cinematographers, etc) on this side of the Bay. Nowhere else in town do you regularly have the opportunity to immerse yourself in the body of work of a single film artist for a week or (occasionally) more. 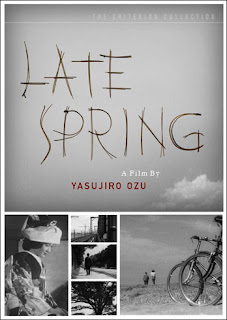 The 2003 tribute to Yasujiro Ozu on the centennial of his birth has been perhaps the most important of such immersions for me. Though the Pacific Film Archive played the full retrospective, the Castro joined in showcasing the majority of the post-war films by this titan of the Japanese family drama. Seeing his color films like Equinox Flower and Late Autumn for the first time, and taking in a matinee double-bill of the black-and-white masterpieces Late Spring and Tokyo Story, vaulted Ozu into the highest reaches of my cinematic pantheon.

Five
It's the best place to see silent films with live musical accompaniment. Even the Paramount and Stanford Theatre organs cannot match the Castro's truly Mighty Wurlitzer when there's a master at the controls.

The first time I ever saw the incomparable Dennis James perform was at the Castro Theatre, where in 2001 the San Francisco International Film Festival premiered a restoration of Fritz Lang's Metropolis. It was the perfect way to see the film, and I've tried to catch as many of the Castro's silent screenings as I can ever since. The San Francisco Silent Film Festival makes its home at the venue, and it's truly been a godsend for my understanding and appreciation of cinematic artistry from the silent era. This past year I even had the honor and delight of participating in the festival as a member of its research committee.