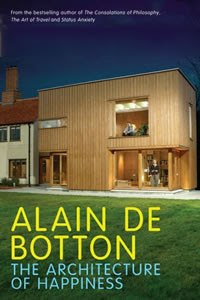 Touring the cathedrals today with cameras and guidebooks in hand, we may experience something at odds with our practical secularism: a peculiar and embarrassing desire to fall to our knees and worship a being as mighty and sublime as we ourselves are small and inadequate. Such a reaction would not, of course, have surprised the cathedral builders, for it was precisely towards such a surrender of our self-sufficiency that their efforts were directed, the purpose of their ethereal walls and lace-like ceilings being to make metaphysical stirrings not only plausible but irresistible within even the soberest of hearts.—Alain de Botton, The Architecture of Happiness: The Secret Art of Furnishing Your Life (2006:112).

I'm not the first to write it, nor is this the first time I myself have written it, but cinemas are spaces of worship for many of us. My conscious use of the word cinema implies this in a way, saying something more reverential than "multiplex" or "movie house" or even "movie theatre" can convey. The grandeur of cinemas such as the Castro Theatre may not allow for as vast an experience as the cathedrals of Europe in de Botton's passage above, but for me—and I suspect I am not alone here—the space of the Castro Theatre allows for a chill, a physical chill of goosebumps caused by the difficulty (and now environmentally questionable practice) of heating the place, and a spiritual chill that, to borrow from Leonard Cohen (whom I understand borrowed this from another writer as well), enables the lights to seep in through the cracks of our pedestrian existence. 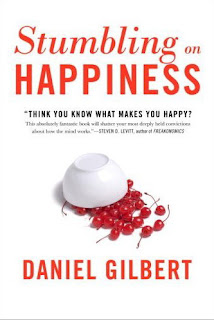 Daniel Gilbert, in his book Stumbling On Happiness, a book not about how to be happy but a book about what studies tell us truly makes us happy, argues that studies show the happiness inspired by religion in our lives may not be about the content as much about the communities the content creates. We are happier when we have connected ourselves to communities. If writing in general is talked about as an isolating pursuit, writing about cinema is often seen as one of the more deserted islands on the lonely archipelago of writers. Yet ironically, the Castro Theatre's vast architectural space leaves me feeling more bonded with my fellow movie-goers than my trips to the more cramped and intimate Opera Plaza theatre. (Please don't take offense, oh little Opera Plaza, I still appreciate all the films you bring to us.) Even large spaces such as the AMC 1000 or the Sony Metreon seem to create distance amongst the anonymous patrons through the comfort of their chairs. The Castro's older, rickety, wooden flip seats with barely a backrest may be hard on the butt and back, but they allow for a greater connection with my fellow seekers, my brothers and sisters of the church of cinema.

So when Michael Guillén flattered me by asking if I'd write about my top five memories of the Castro Theatre in celebration of its 85th Anniversary while suffering through my second typhoon in Manila for work, (in spite of the weather, my trip here nicely coinciding with the CineManila International Film Festival where I got to see Persepolis), I was happy to oblige and focus my response on how connected the Castro has made me feel to my fellow cinephiles.

You Always Remember Your First 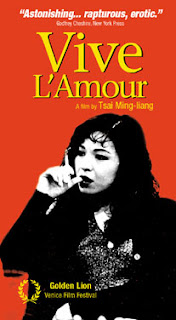 My first experience at the Castro Theatre was watching Tsai Ming-liang's Vive L'Amour, one of my favorite films. I was told by the woman I was dating at the time, a woman who was about to relinquish my obligations to her, a relinquishment I deserved, that I should see this film alone. This was another subtle hint to me about how she was feeling in Vancouver at the time. I wasn't oblivious to this hint, but was inept at how to respond, so, in that way young men respond to their ineptitude, I didn't respond, closing off from her further. Instead of listening to her completely, I went with my friend Wendy to see this film at the Castro. My friend and I were still both extremely affected by the film. The unconsummated wanting of Tsai's muse, the final scene of our real estate agent walking around the unfinished park, than sitting for a long, tear-drenched cigarette, such is urban ennui at its best. Tsai's film was a wonderful introduction to the Castro Theatre, where I realized through the presence of others in the theatre and through what transpires on screen that, to paraphrase the classic song by The Police, one is not alone in being alone.

If I recall correctly, I've only been up in the balcony of the Castro Theatre twice, both during silent films, one with my friend Sandy and her girlfriend at the time and the other with my good friend Sarah. Sarah, (who has been so gracious as to recently become engaged to a Kiwi so that I can have an excuse to visit New Zealand for a second time), joined me to see Fritz Lang's Metropolis to a packed house, watching a part of history in the present. We were just as mesmerized by the sight of the packed crowd from our roost up above as we were from what was before us on screen. I just remember Sarah and I being giddy during the entire screening. The cliché is to call it "electricity", but it was really what happiness feels like in the moment of feeling connected with your dear friend beside you and the strangers around you.

The Sound of Silence

I've seen more Silent Films at the Castro Theatre than anywhere else, assisted by the Castro Theatre being the venue for the Silent Film Festival. So it makes sense that many of my favorite memories there are associated with Silent Films, such as the ones noted above and the ones noted here. Silent Films all spectacled up with accompanying pianist or orchestra at the Castro are perfect date films. And three years ago I was able to take a woman from Montreal I was dating (yes, I have a thing for Canadians) to the Brazilian film Sangue Mineiro on a Saturday and the U.S. film The Sideshow the next day. She had never experienced the Castro Theatre in this way before. Thanks partly to the energy these moments promoted, these films assisted for a very memorable weekend together. Although at this time in my life I had become adept at what I was previously inept, able to have the conversations that my previous inability to have left me as alone as the real estate agent in Vive L'Amour, this wonderful woman would eventually break my heart. But I'm of the philosophy that I'm happy to have a heart to be broken, appreciating whatever moments of intimacy come my way or that I bring my way, regardless of how brief. As for my relationship with the Castro, I would miss the last two Silent Film Festivals due to work sending me abroad. This year I passed my tickets on to the woman I'm dating presently, (who, if you're wondering, happens to not be Canadian). I was going to take her with me if this recent work trip hadn't come up. It would have been another lovely date, but I took conciliation in hearing that she and her friend were overjoyed with the film they saw together thanks to my initiative. Silent Films never fail, at least not at the Castro.

Movie and a Dinner 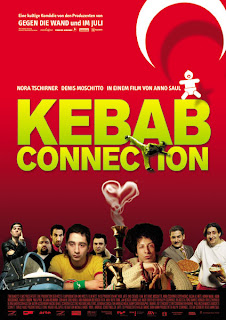 My dear friend Dee had never been to the Castro Theatre, nor had she ever seen a film in a language other than the two she knows. So I took her to see Anno Saul's Turkish-German comedy (co-written by Turkish-German film phenom Fatih Akin) Kebab Connection. This comedy was able to cross language and cultural barriers for both of us, and, gauging from the laughter surrounding us, our fellow audience members as well. We followed this enjoyable film with a delicious Turkish meal at Ala Turka at Geary/Larkin. Too full to continue our evening out further with drinks, my South Bay-stationed friend was soon itching to make the trek back up the peninsula to see something, anything, at the Castro again. 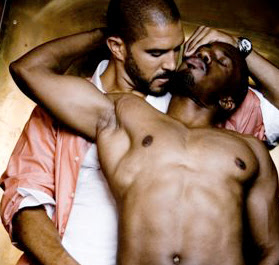 The last screening I saw at the Castro was during the Frameline Film Festival, three installments of the cable TV series The DL Chronicles, studies within the TV drama form of the complex transposing of Black and Gay communities. While in the queue I ran into Michael as he was leaving the earlier screening. Our conversation was brief because he was on his way somewhere, and my line was slowly moving towards the entrance. Still, veterans of these types of run-ins, we both were able to make the brief conversation mean something. The conversation wasn't rushed, it just was simply concise. That pleasant surprise (but perfectly natural since we now run into each other again and again at screenings) was followed by my running into my friend Bill in line, a friend from college whom I hadn't seen in nearly 9 years after he left the Bay Area. We caught up, I discovered he'd returned to the Bay Area a couple years ago, we exchanged memories along with cell numbers, and we sat next to each other as we watched the three installments of the TV show. I'm sure we'll see a lot of each other now since a mutual friend we've both kept in touch with is moving to the Bay Area from Melbourne this Fall. But it's these surprises, the extreme such as that with Bill whom I had no idea was back in San Francisco, or the subtle such as knowing my fellow filmgoer Michael will likely be at the same screenings as I, are part of what embeds the Castro Theatre in my memory.

And that's what the Castro Theatre is to me, as much a place to share with my friends as it is a place to watch great films with strangers.
Posted by Michael Guillen at 8/20/2007 07:11:00 PM